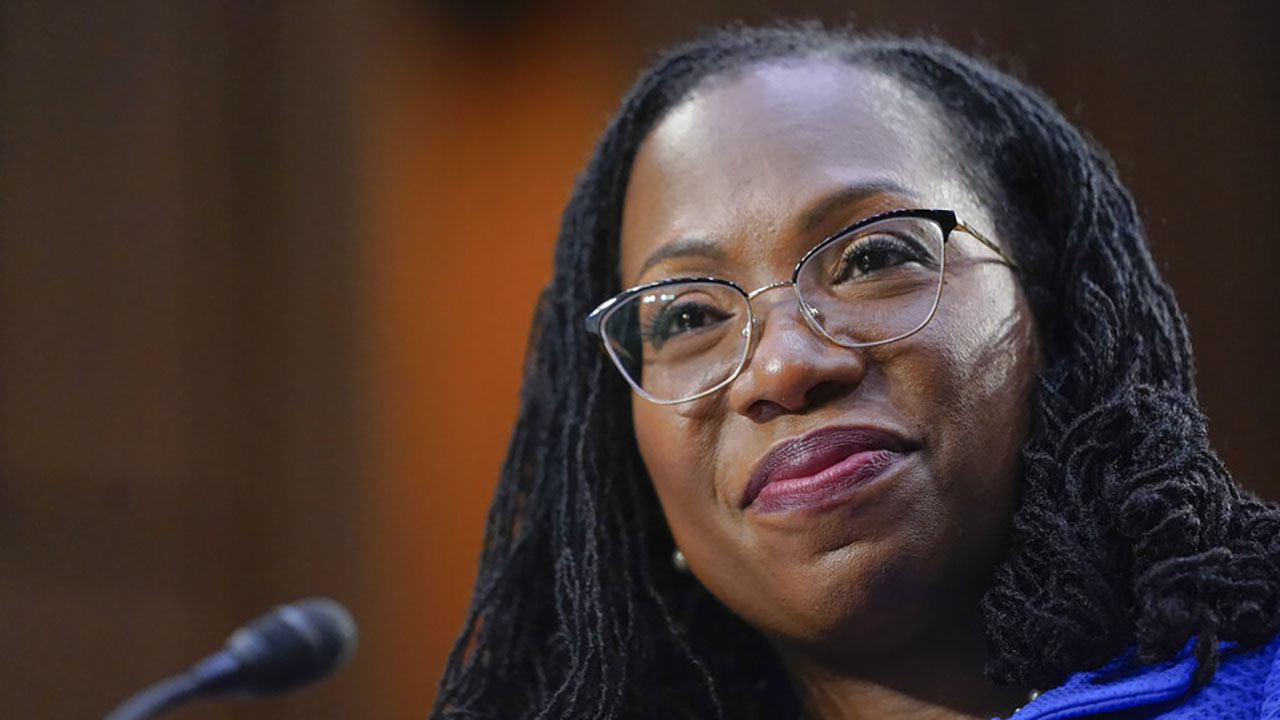 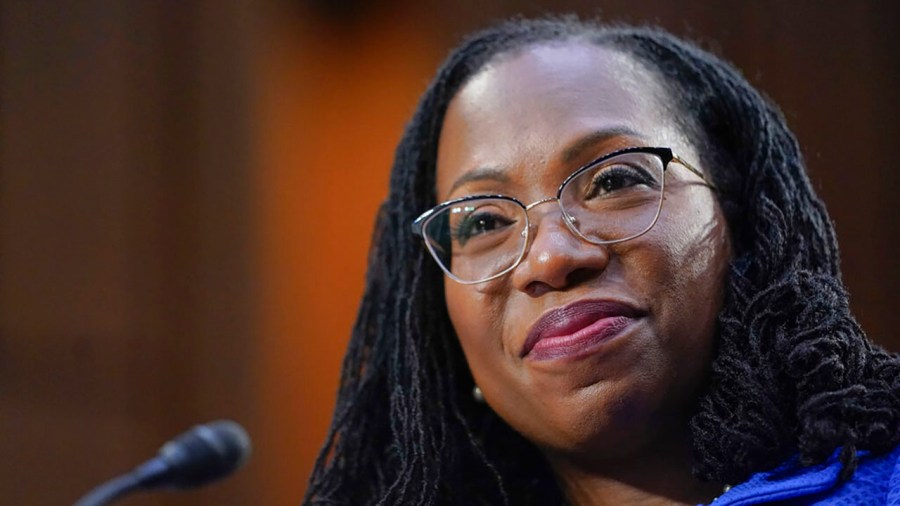 How far above 50 votes Jackson will ultimately get is unclear. Republicans are skeptical she’ll get more than one or two of their members, as GOP senators harden their lines of attack against re-nomination.

But top Democrats say that nothing from the Judiciary Committee hearing — which included tense moments both in exchanges with Jackson and testy back-and-forths between senators — could derail the nominee and prevent her from being confirmed by April 8, when the Senate is scheduled to leave for a two-week break.

“It was obvious why the Judge’s nomination has won the support of everyone from law enforcement, to conservative judges, to scores of peers throughout her career. I expect she will reach final confirmation by the end of this work period,” said Senate Majority Leader Charles Schumer (DN.Y.).

As he wrapped up the final day of questions to Jackson, Sen. Dick Durbin (D-Ill.), the No. 2 Senate Democrat and chairman of the committee, announced that he’ll put Jackson’s nomination on the panel’s agenda for the first time on Monday. That sets up a committee vote on April 4.

Several GOP senators on the Judiciary Committee used the first three days of the hearing to question Jackson extensively on her sentences in child porn-related cases, leading to heated exchanges with the federal judge.

Ten GOP members of the committee also sent a letter to Durbin to suspend the hearing until they got a copy of documents including pre-sentencing reports related to Jackson’s cases. Durbin immediately rejected a request to pursue those documents, calling it a “fishing expedition in dangerous territory.”

But GOP members of the committee dismissed a potential opportunity for all 11 Republican senators to boycott the committee vote if they couldn’t get the reports.

sen. Thom Tillis (RN.C.), a member of the committee, put the chance that he would skip the committee vote at “zero.”

sen. Chuck Grassley (R-Iowa), the top Republican on the committee, said that there had been no conversations with GOP senators about skipping.

“I intend to go to work and earn my money,” Grassley said, adding that there was “no thought of” boycotting.

The GOP criticism of her rulings in child pornography cases has also been met with skepticism by some centrist-minded senators.

sen. Joe Manchin (DW.Va.), who has been a stumbling block for Democrats’ legislative agenda while supporting Biden’s judicial nominees, appeared skeptical this week of the attacks, telling reporters to consider the source. Manchin hasn’t yet said how he will vote.

sen. Mitt Romney (R-Utah), meanwhile, said that “the attacks were off course.”

Romney knocks GOP attacks on Ketanji Brown Jackson: ‘There’s no “there” there’

The Judiciary Committee still has one final day for Jackson’s confirmation hearing. Outside witnesses for both parties, as well as the American Bar Association, will testify on Thursday but Jackson will not be present.

Republicans have tipped their hand at Jackson’s ability to be confirmed, whether or not they vote for her.

sen. Ben Sasse (R-Neb.) acknowledged to Jackson during the hearing that it was “very likely the last job interview you’ll ever have.”

Jackson might be on a glide path to being confirmed but there are still questions about how many GOP senators will support her.

GOP Sens. Lisa Murkowski (R-Alaska), Susan Collins (R-Maine) and Lindsey Graham (RS.C.) previously backed her for her nomination last year to the federal appeals court for the DC circuit, which is widely viewed as the second most powerful court in the country.

sen. John Thune (RS.D.) has signaled that he would be surprised if Jackson is able to increase the number of GOP supporters.

“I don’t think she’s winning any converts among our members based on her performance this week, but we’ll see,” Thune said.

Graham is viewed as a “no” vote on her Supreme Court nomination, an idea he helped solidify during the first three days of the hearing to vent over the treatment of previous judicial nominees nominated by GOP presidents.

“I think you’re doing it wrong. And every judge who is doing what you’re doing is making it easier for children to be exploited,” Graham told Jackson.

It could also cause extra procedural headaches for Democrats.

Graham and Sen. John Cornyn (R-Texas) voted for Jackson’s nomination to the Circuit Court in committee but Cornyn went on to vote against her on the floor.

Cornyn told The Hill that he wouldn’t split his vote in a similar way — meaning if he’s going to vote against her on the Senate floor, he’ll vote against her in committee. Cornyn hasn’t said how he will vote, but like most GOP senators is expected to oppose confirming Jackson.

“No, I was just willing to advance the nomination and continue thinking about how to finally vote. But I don’t intend to do that here,” he said.

Murkowski, who is up for reelection with a Trump-backed challenger, and Collins, have both met with Jackson and said that they would be reviewing the hearings.

Asked if she had seen something in Jackson’s record that made her concerned about her ruling on sex-related crimes, Collins said that she was “not aware of anything” but that she would see what came out of the hearing.

“I did ask, when I interviewed her, how her sentences compared to other judges and the answer I got was … they were very similar. …That she was not an outlier,” Collins said about Jackson’s rulings overall.

Durbin has been doing outreach to several GOP senators, but where Jackson could pick up additional Republican votes is less clear.

Some GOP senators, including Roy Blunt (Mo.) and Romney, appear to be weighing the historical significance of renomination as they mull whether or not to confirm her to the Supreme Court, while also grappling with her judicial philosophy. Jackson, if she’s confirmed, would be the first Black female judge and the first former public defender.

Blunt, who is retiring, missed the final vote on her nomination last year, but voted against her in a procedural vote, while Romney opposed her.

Tillis caught the media’s attention as a potential sleeper “yes” vote for taking a less heated approach to questioning Jackson than most of his GOP colleagues did. He told Jackson she should be proud of her handling of the hearing.

Tillis said that he’s still undecided and will be listening to the last day of outside experts before he decides how to vote on Jackson’s Supreme Court confirmation.

“Look, I tell everybody if I accomplish nothing else as a US senator, I don’t want people to think that when I disagree that I’m disagreeable,” Tillis said when asked about his tenor during the hearing. “I want to go through this process and treat it with the weight that it deserves.”