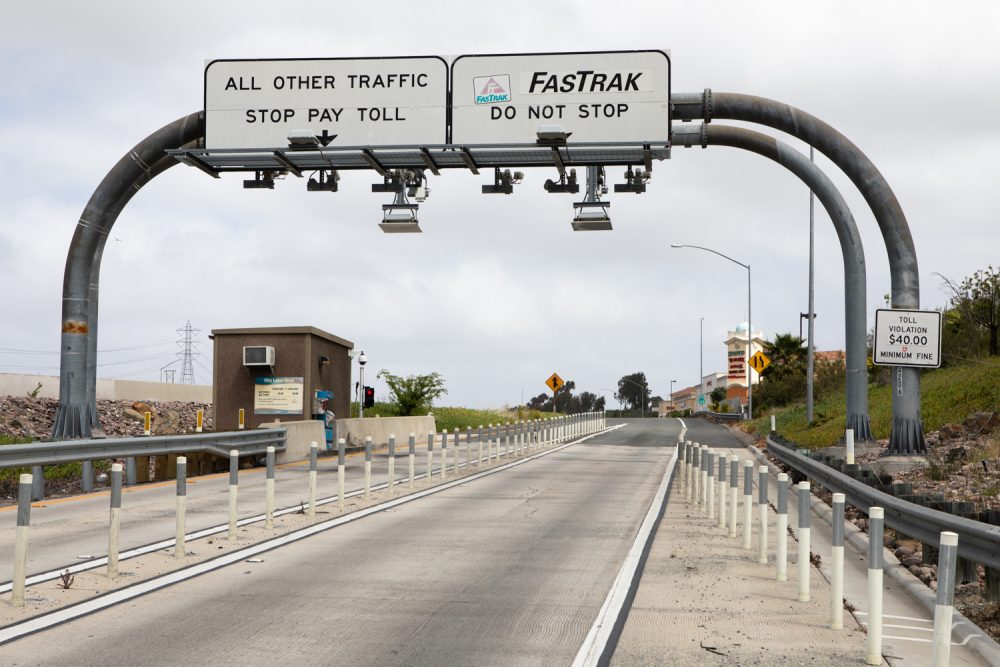 The San Diego Association of Governments may have lost as much as $1.8 million in revenue last year after someone disconnected toll equipment along State Route 125. Supervisors noticed the non-functioning equipment but took no action, officials say.

inewsource is an independent and non-profit journalism organization based in San Diego, relying on grants and philanthropists to support its research content. Click here to learn more.

Major told the agency’s audit committee earlier this month that the system would be replaced in 2007 and is “literally falling apart.” While crews have replaced parts of the equipment to keep it functioning, he said, certain pay points that were out of order “were basically the ones counting the cars and making sure we collect tolls.”

Four of the road’s 42 stations were closed for a period of nearly three months, officials said.

CEO Hasan Ikhrata said at an audit meeting in February that senior management personnel who no longer work at SANDAG were aware of the issue “but failed to report it.”

“I take full responsibility for any mistake like this,” he said at the time.

SANDAG began investigating the non-functioning toll after someone reported the issue to the Independent Performance Auditor’s office.

“Not only that, they were disconnected. It was that they pulled the plug and went unnoticed in terms of the impact on revenue,” said independent auditor Mary Khoshmashrab. “Which means what was missing was a procedure that should have been there, which is to review reports on a daily basis.”

The South Bay Expressway opened in 2007 and runs from Otay Mesa to Spring Valley. SANDAG bought a private company’s lease to operate the road for more than $340 million, and still owes about $180 million in bond payments.

SANDAG expects the debt to be paid off in 2042.

But there have been recent calls to stop collecting tolls well before then. Chula Vista mayor and SANDAG board member Mary Casillas Salas want a new financial plan that would end tolls by 2027, and Secretary of State Ben Hueso introduced a bill earlier this year that would help SANDAG pay off its debt. and the road under the control of the California Department of Transportation.