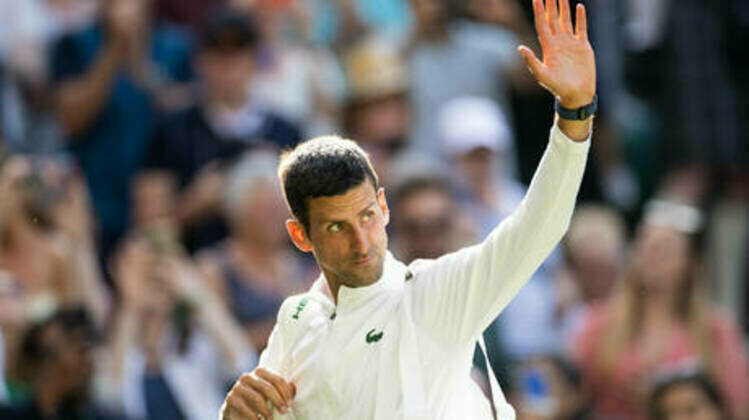 Novak Djokovic has officially withdrawn from the Canadian Open in Montreal, the organizers announced on Thursday. Djokovic is not allowed to enter Canada because he has not been vaccinated against Covid-19.

The Serb’s withdrawal from the event, which starts next week and is an ATP Masters 1000 tournament, casts further doubts on Djokovic’s bid to be approved for the US Open at the end of August.

As things stand, Djokovic will not be able to compete in the New York tournament, which he has won three times, because his vaccine status means he will not be allowed to enter the US.

The US Open itself has no vaccine requirement for players, but has said it respects the US government’s stance.

Djokovic reiterated after his Wimbledon triumph last month that he has no intention of getting vaccinated against Covid-19, even if it means depriving him of the chance of winning more titles.

The 35-year-old tweeted on Saturday that he is quiet “I’m preparing to enter as I wait to hear if there’s room for me to travel to the US,” to add “fingers crossed!”

The US government has faced calls to let Djokovic into the country to play at New York’s showpiece.

Should Djokovic be forced to miss the hard court event at Flushing Meadows, as it seems likely, it will be the second Grand Slam of the year in which he is sidelined due to his vaccine position.

Djokovic was infamously deported from Australia early this year and faces a three-year travel ban.

He returned for the French Open, losing to eventual winner Rafael Nadal in the quarter-finals, before rebounding to win Wimbledon, which was his 21st Grand Slam crown, leaving him just one behind Nadal in the all-time stakes.

At the Canadian Open, Russian Daniil Medvedev will be the defending champion, while Djokovic has won the tournament four times over the years, the last being in 2016.

World number one Medvedev also becomes reigning champion at the US Open, after beating Djokovic in the final in New York last year.