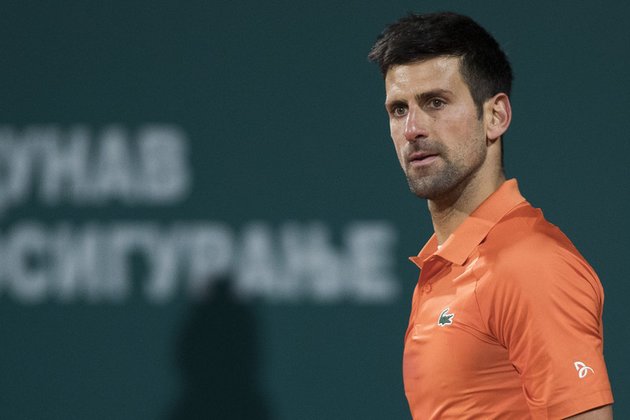 Novak Djokovic has described Wimbledon’s ban on Russian and Belarusian players as “crazy” as the Serb spoke out against political interference in the sport.

Wimbledon organizers confirmed on Wednesday that Russian and Belarusian stars would not be invited to this year’s Grand Slam due to the conflict in Ukraine.

The decision means Russia’s number two in the world Daniil Medvedev and Belarusian women’s star Aryna Sabalenka – the world’s number four – will miss the lawn showpiece when it kicks off at the end of June.

Djokovic reacted to the news, saying he strongly opposed the move.

“I will always condemn war, I will never support war because I am a child of war myself,” Djokovic said on the sidelines of the Serbia Open.

“I know how much emotional trauma it leaves. In Serbia we all know what happened in 1999. In the Balkans we have had many wars in recent history.

“However, I cannot support the Wimbledon decision, I think it is crazy. If politics interfere with the sport, the result is not good,” added the world number one.

Wimbledon organizers the All England Lawn Tennis Club (AELTC) justified the ban by claiming that it would be “unacceptable for the Russian regime to take any advantage of the involvement of Russian or Belarusian players in The Championships”.

The statement added that the decision could be reversed “if circumstances change materially between now and June”.

However, Djokovic was part of a much wider backlash in tennis against Wimbledon’s move.

Men’s Tour de ATP overturned the ban, saying it was “unfair and has the potential to set a damaging precedent for the game.”

The women’s WTA tour was also critical, calling the decision “neither fair nor justified”.

The WTA and ATP have allowed both Russian and Belarusian players to continue to compete as neutrals at tour events in the wake of Ukraine’s military offensive through Moscow.

Djokovic, 34, was himself subject to sanctions earlier this year when he was deported from Australia in an ugly row over his Covid vaccine status.

The 20-time Grand Slam champion continued his comeback in his home country and fought back on Wednesday to defeat compatriot Laslo Djere in three sets in Belgrade.