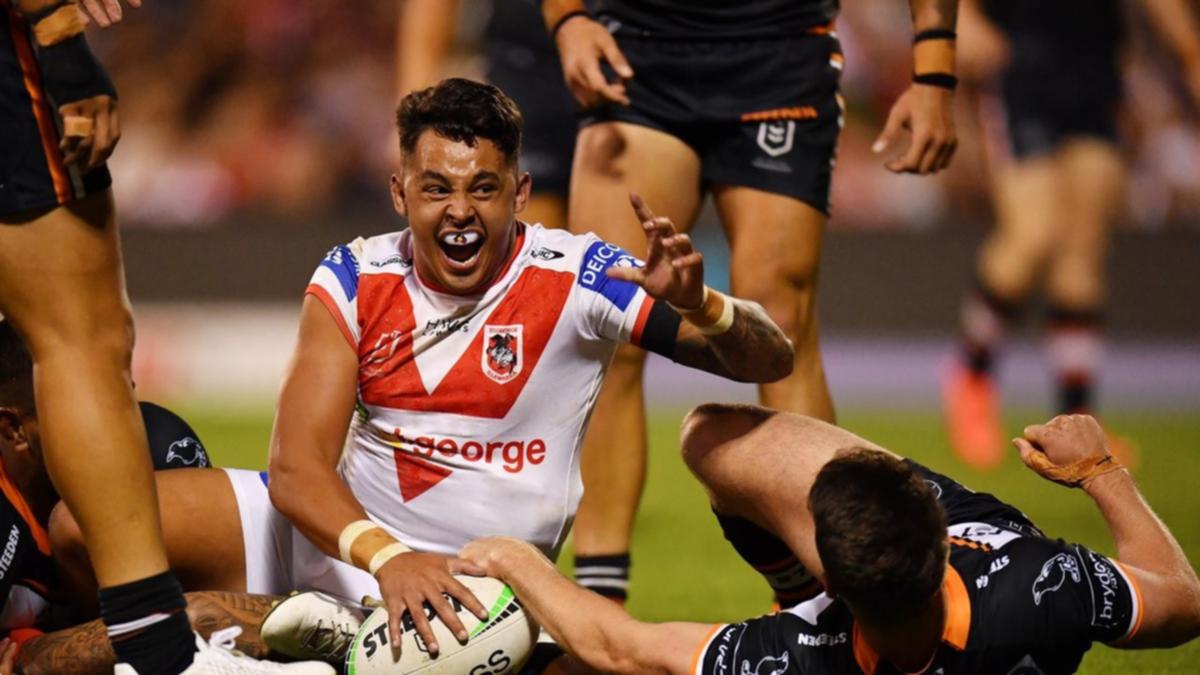 St George Illawarra has burst the Wests Tigers bubble with a sloppy 12-6 NRL win at the WIN Stadium.

A nearly full house of fans in Wollongong had to wait 57 minutes before seeing an attempt.

But solo efforts from Ben Hunt and lively dummy half Jayden Sullivan were enough to secure the Dragons’ precious two game points.

The Tigers were chasing three straight wins for the first time in four years – and for the first time under coach Michael Maguire – but seemed like a shadow of the side that upset heavyweights Parramatta and South Sydney in recent weeks.

Instead, it was the Dragons who completed a rare hat-trick of wins to climb to the top of the top eight.

The hard-earned win was also St. George Illawarra’s first win over the Tigers at Wollongong in 20 years.

They did it without Jack Bird, who was eliminated before kick-off with an arm injury, forcing Talatau Amone to start in five-eighth.

However, the Tigers saw to it that the Dragons came through a fearful end after Luke Brooks narrowed the home side’s lead to six points with six minutes left on the cross.

A penalty goal from Jackson Hastings in the 26th minute was the only goal in an error-ridden first half.

Kelma Tuilagi seemed to have had a nice try from a Brooks cross-field kick a minute earlier, only for the bunker to find the rear rower knocked on as he tried to ground the ball.

The Tigers settled for a 2-0 lead after Zac Lomax was pinged for tackling Tuilagi in mid-air, but oddly they turned down two straight chances to double their advantage with stick penalties.

The second half was more entertaining, but neither side’s performance would be a concern for big guns Penrith and Melbourne.