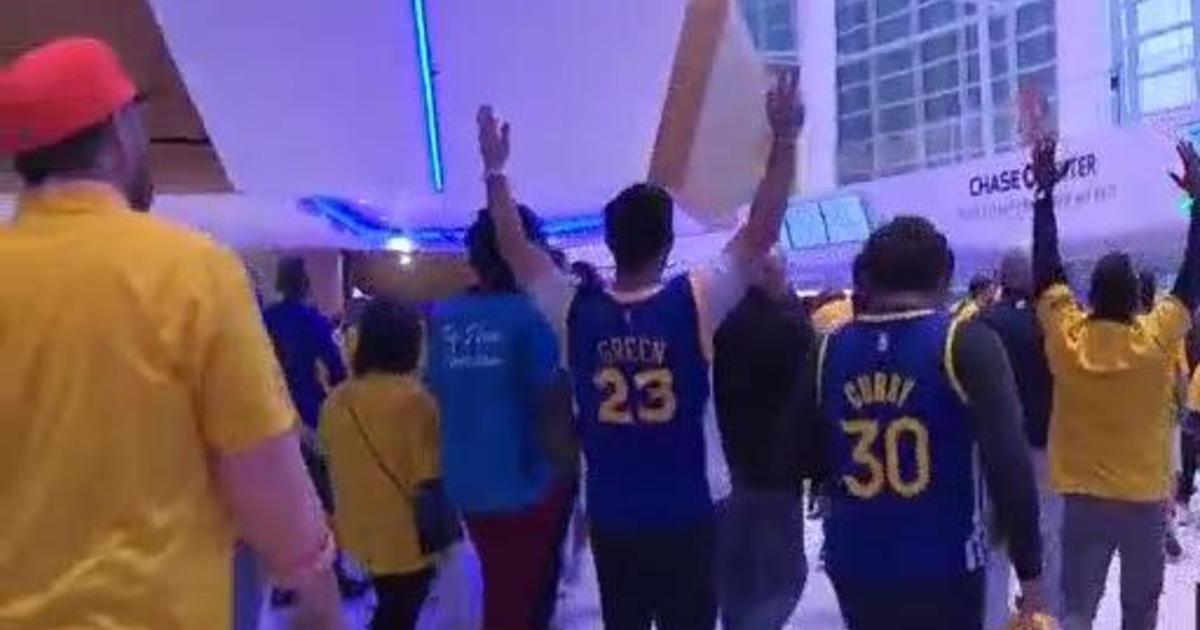 SAN FRANCISCO (KPIX) — Monday night was a battle on the field and Dub Nation experienced the ups and downs of a nerve-wracking game. On a night when Steph Curry had an off-shooting night, the fans had some doubts about a Warriors win.

Finally, there was a celebration in Thrive City when the Warriors defeated the Celtics in Game 5 of the NBA Championship Finals. Some fans think this is the last time the Warriors will play in Chase this season.

Dub Nation had a decent night watching the Warriors jump to a big lead, lose the lead, then make a comeback. Despite all this, two fans – Derrik and Eric – provided fun.

“It’s a pool party. Dubs in 6 baby, Dubs in 6,” said Derrick, who was wearing an inflatable pool.

They were part of the lone crowd and the party continued to grow as the night wore on.

“It’s great,” Eric said. “This is Finals basketball. You want to see a ghost like that.”

While there were tense moments, the Warriors took a bold Game 5 win on a night when Steph Curry didn’t sink a single 3. However, the fans went home satisfied.

Chelsea Escalante of Wyoming added: “Ohhh. It’s amazing. We’re so happy they won Game 5 and we can’t wait for them to win the series”

When the series has finished in two, the winner of Game 5 has won the NBA Finals 73% of the time. Fans love the chance the Warriors will bring a Larry O’Brien trophy to the bay.

“You really believe that. That you’re going to play Game 7 on our home floor?” Johnson asked Parker. “You better hope we don’t beat you in the next game, my brother.”

“It sounds like we won’t be back until next year. That’s fine,” said Warriors fan Larry Cohen.

Kai Escalante capped it off with “Good night Celtics.”

Game 6 is on Thursday in Boston,