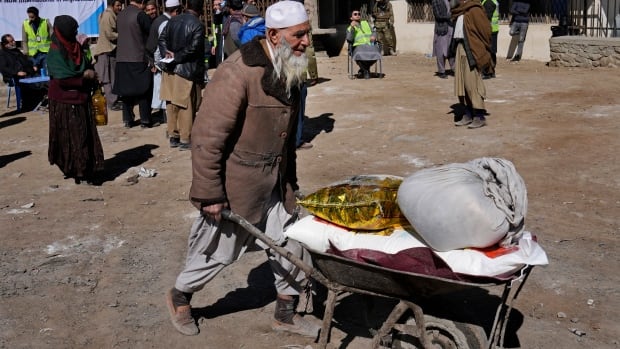 Humanitarian agencies may have distributed enough aid in Afghanistan to avert famine and large-scale starvation, but the country’s economic collapse is “approaching a point of irreversibility,” the UN envoy to Kabul said on Wednesday.

UN Special Representative Deborah Lyons told the UN Security Council that it is “most urgent” to resolve the root problems of the economic crisis, but doing so will require co-operating on all issues with the Taliban who seized power in August.

“We do not believe that we can truly assist the Afghan people without working with the defacto authorities,” Lyons said in urging the council to approve a new mandate for her mission.

Donors cut financial aid constituting more than 70 per cent of government expenditures and about $9 billion US in Afghan central bank assets were frozen. Many Taliban leaders remain under US and UN sanctions.

The moves accelerated an economic collapse, fueling a cash shortage, joblessness and hunger, prompting UN warnings that more than half of the 39 million people faced starvation.

Lyons told the council that UN agencies and their partners have supplied aid to nearly 20 million Afghans across the country.

“We believe, as the winter season comes to an end, that we have perhaps averted our worst fears of famine and widespread starvation,” she said.

Lyons, however, said that urgent steps must be taken to address the liquidity crisis, restrictions on international payments and constraints on the central bank.

“Six months of indecision, marked by continued sanctions albeit with some relief, and unstructured political engagement, are eroding the vital social and economic coping systems and pushing the population into greater uncertainty,” she said.

“What we have done has been only to buy a little time.”