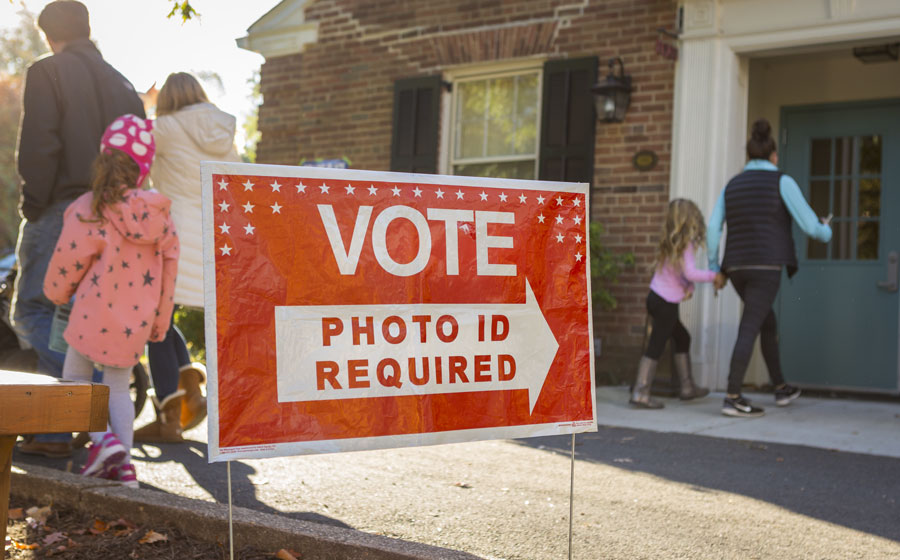 SPRING HILL, FL — Our representative republic relies on voter integrity. When voting becomes a farce, citizens lose faith in their vote as meaningful. Our American institutions should be run by citizens who vote for politicians with similar ideas to represent them. “The Voice of the People” will end up along with the rights and freedoms of American citizens if voting becomes a farce.

The argument between voter suppression and cheating is ridiculous. The suppression of black voices was ended in the 1960s by the civil rights movement of Rev. Martin Luther King. Our government has passed numerous laws to ensure that every citizen of any race or ethnic background can vote on their conscience.

Many states have extended the times and days for people to vote. Any intimidation of voters against an election officer would be addressed or the officer fired. The two-year Corona epidemic was used by Democrats to give voters even more accessibility without any guarantees against fraudulent results.

Voting is a privilege and a right for all law-abiding citizens. When our nation was founded, people had to “skin in play”, such as being an established landowner. Today, some politicians are calling for illegal immigrants and criminals to vote. Many of these disenfranchised and non-citizens have little loyalty to our nation.

Big Tech uses a content filtering system for online censorship. Take a moment and check out our short video about NewsGuard to learn how to tell the story for the Lamestream Media and help keep you in the dark. NewsGuard works with Big-Tech to make it harder for you to find certain content that they feel is “missing context” or stories that their editors deem “not in your best interest” — regardless of whether they are true and/or factually correct. They also partner with payment processors and ad networks to cut revenue streams to publications that they rate poorly by the same standards of bias. This should be criminal in America. You can get around this third world nonsense and help us out by signing up for recommended stories by email and get the good stuff straight to your inbox. help us fight big tech censorship†

The suppression of cheating is in the interest of every legal citizen. Any fraud incident erases a legal voter vote and jeopardizes the results of any election. Once citizens lose faith in the voting process, our nation loses its legitimacy. Destroying belief in our voting system is a step-by-step coup that will crush our nation.

Rejecting an official photo ID would be a mockery. This requirement of citizens to show ID takes place on a daily basis. Photo IDs must be presented when entering a hospital, buying liquor, cashing checks, renting a car, booking a hotel, or even visiting a doctor. In the United States, a person could not do business or get a job without showing an official ID.

In 2005, the Carter-Baker Act proposed a unified photo ID and suggested that absentee voting increases the likelihood of fraud. Nearly two decades later, the Democratic Party is arguing in unison for the opposite of these recommendations. Many Democrat-dominated states are trying to pass similar laws without photo ID, though they’ve been warned that doing so would increase fraud.

These democratic representatives should be reminded that many European countries have decided to introduce restrictive laws to ensure the integrity of voters. After Birmingham, England had a ‘revelation’ – which showed 100,000 dead voted and voter buyout programs had caused massive voter fraud† England has now introduced voter identification laws to curb such fraud. Thirty-five of the forty-seven countries now require voters to appear in person with a voter card to even pick up a ballot. In much of the rest of the world, nations are trying to strengthen voter laws. In a 2021 survey, Rasmussen found that 81% of Americans are in favor of a voter ID requirement.

It’s unbelievable that partisan Facebook owner, Mark Zuckerburg, spent $410 million “Zuckerbucks” for left-wing nonprofits to influence the 2020 election results. These groups staffed local electoral government offices that oversaw registration, vote counting and mass voting in Democratic strongholds. Democracy’s most blatant interference in the election was the Center for Technical and Civic Life (CTCL), run by ex-Obama staffers who were allowed to “cure” ballots, which determined the validity of ballots.

The state of Wisconsin kept 234,000 invalid ballots after being ordered by the court to remove them. It is clear that elections should be run by government officials and not by private techies, pro-democracy agents. Any partnership between government and political actors must be punished by law. Zuckerberg or his staff are currently not facing any legal charges, although 16 states have banned him from funding public elections again.

Political agents may not assist any government official in making electoral rolls or interfere with their duties. Non-profit outsourcing of voting table must stop. Any strategy to corrupt our voting system must be prosecuted by law. It must be done to preserve our freedom.

Our electoral integrity is under attack. The most effective way to begin protecting our elections is to ensure that the voter is who they say they are by demanding a voter identification process. A vote for every citizen can be established by means of a photo ID. Anything less than any state requiring a valid photo ID will question the integrity of the election and the viability of our free republic.