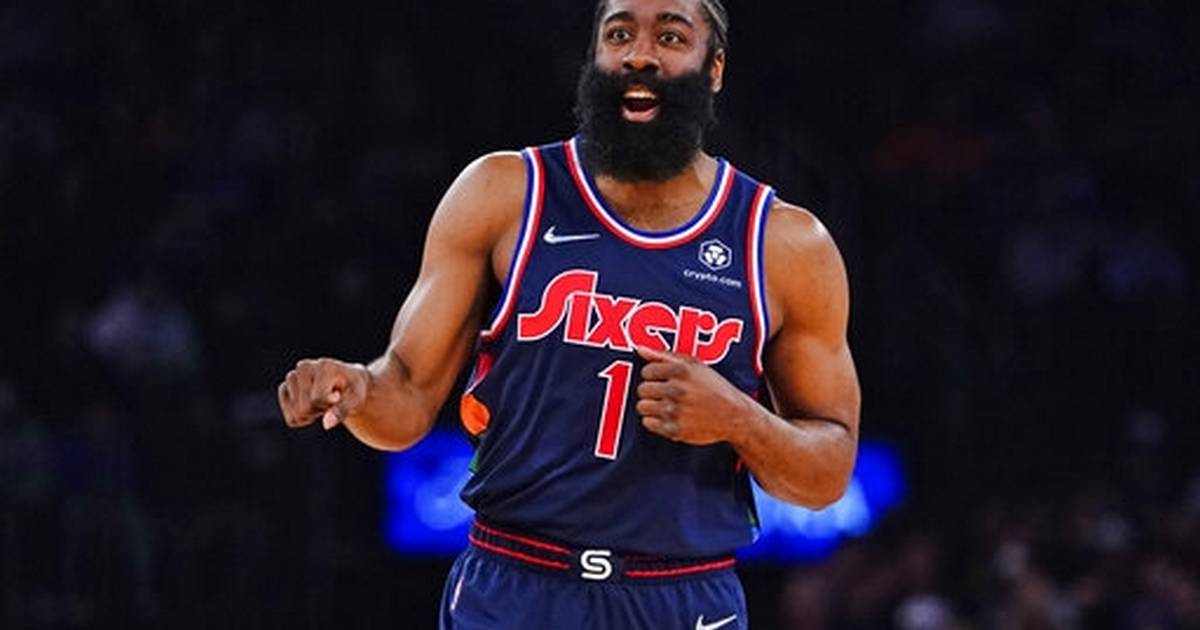 NEW YORK — Joel Embiid scored 37 points and made a career and NBA season-high 23 free throws, James Harden had 29 points, 16 assists and 10 rebounds, and the Philadelphia 76ers made it two straight wins with their new duo by beating the New York Knicks 125-109 on Sunday.

The 76ers made 39 free throws, most in the NBA this season, and almost all their work to break open a close game midway through the fourth quarter came from the line. Embiid finished 23 of 27 on free throws and the NBA’s leading scorer added nine rebounds.

After a powerful performance in a 133-102 win at Minnesota on Friday in Harden’s 76ers debut, this one became a grind-it-out game that the 76ers handled better. It was tied at 100 in the fourth, but Philadelphia pulled away by scoring 10 of its next 12 at the line. Embiid made six free throws, Harden four, and the only 76ers basket during that stretch came when Harden fed Embiid on the fast break.

RJ Barrett and Evan Fournier each scored 24 points for the Knicks, who have lost five straight and nine of 10. Julius Randle had 16 points, 10 rebounds and seven assists.

Embiid scored 34 and Harden had 27 points and 12 assists Friday in the All-Star guard’s first game since the 76ers acquired the 10-time All-Star and Paul Millsap for Ben Simmons, Seth Curry, Andre Drummond and two future first-round picks in a Feb. 10 trade.

Harden and Embiid got huge ovations from the plenty of Sixers fans in Madison Square Garden, then combined to score Philadelphia’s first 11 points. Harden made a 3-pointer that gave the Sixers a 38-35 lead after one.

But the cheers were replaced by plenty of groans as the game went on, with the teams combining to commit 60 fouls.

76ers: Coach Doc Rivers said he wasn’t worried about Tobias Harris after the forward was just 2 for 9 for six points against Minnesota while so many other Sixers had big nights. “He had great shots,” Rivers said. Listen, we’re in the wins business. We’re not trying to keep everybody happy, because if that’s true then we’d be in the loss business.’

Knicks: Coach Tom Thibodeau said he couldn’t say yet if Derrick Rose would be able to play next month. Rose had a procedure Friday for a skin infection on his surgically repaired right ankle that has sidelined him for two months. ‘You just have to sort of let him go through it and be patient with it,’ Thibodeau said. … Rookie Jericho Sims got in again as the backup center to Mitchell Robinson and both fouled out early in the fourth quarter. Thibodeau said the Knicks will be rotating their centers, sometimes based on matchups and sometimes based on just wanting to get a look at a player.

Rivers has kept in touch with Drummond, saying he has known the center since he was in high school. Most of the texts are sarcastic, such as one he sent after he saw Drummond throw a behind-the-back pass out of bounds. Drummond had 17 points, 12 rebounds and five assists in the Nets’ victory in Milwaukee and appears will play a big role in Brooklyn.

“He’s playing well, man,” Rivers said. ‘I’m happy for him because last year, last couple years he’d struggled and he came to us and I thought we really got his motor going again. Now you’re watching him, he’s still doing it, so really happy for him.’

The teams opened a home-and-home series. They play at Philadelphia on Wednesday in what will be Harden’s first game in front of his home fans.