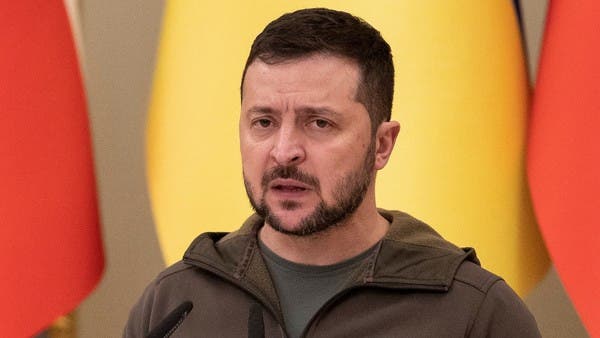 Ukrainian President Volodymyr Zelensky on Friday called on Europeans to remain united in the face of the conflict with Moscow and to lower the price of Russian oil as much as possible.

Speaking via video circuit, Zelensky said at a conference in Lithuania: “There is no division and there is no schism between Europeans and we must maintain that. This is our first task this year,” Reuters said.

He also continued: “Europe is helping itself. It’s not helping Ukraine to oppose Russia, it’s helping Europe to stand up to” the Russian military operation.

This comes as European Union governments remained divided on Thursday over the level of the cap on Russian oil prices, aiming to curb Moscow’s ability to fund its military operation.

Zelensky called on EU leaders to agree on the lowest price of $30. And he added: “Reducing prices is very important. We hear about (proposals to limit the price of a barrel to) $60 or $70. Such words sound like submission (to Russia).”

He added: “But I am very grateful to our colleagues in the Baltic States and Poland for their level-headed proposals, to set the price at $30 a barrel. It’s a much better idea.”

We failed to reach an agreement

Remarkably, the countries of the European Union on Wednesday failed to agree on setting a ceiling on the price of Russian oil transported by sea, such as the Group of Seven countries’ proposal for a ceiling between 65 and $70 a barrel was seen by some as too high, while others considered it too low.

In addition, Poland wants to set the ceiling at $30, arguing that with Russia’s production costs estimated by some at $20 a barrel, the G7 proposal would bring Moscow a huge profit. Poland is supported by Lithuania and Estonia.

It is noteworthy that large parts of Ukraine were left without heating or electricity after the most devastating Russian airstrikes to date targeting the power grid, and Kiev residents were warned of further attacks and urged to pack water, food and heavy clothing. to hit.