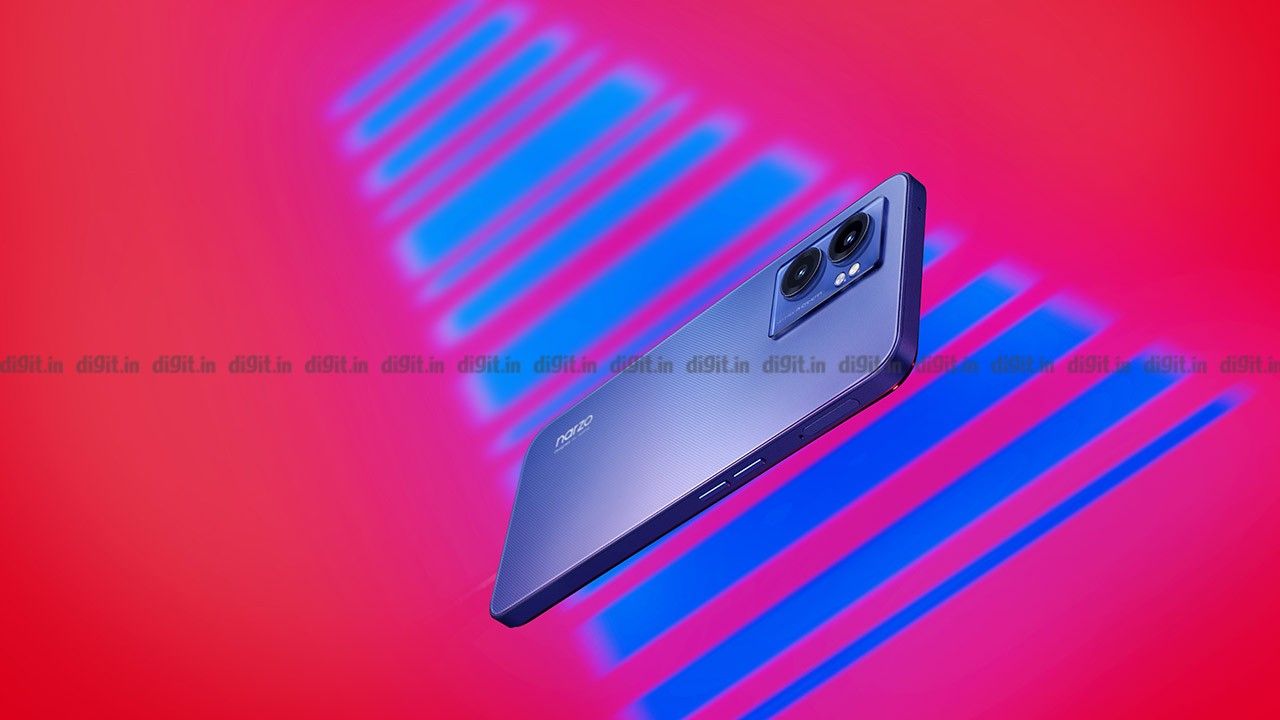 Realme Narzo 50†₹ 12999 at amazon† series is slated to get two new phones with the company set to launch the Realme Narzo 50 5G and Realme Narzo 50 Pro in India next week at a virtual event in India. The phones have been teased several times in recent days, revealing interesting details about them.

Prior to launch, we at Digit managed to get our hands on exclusive, high-quality renders and marketing images of the device, along with some key information about the phone’s design. These come from our industry sources who also reveal that the Narzo 50 5G at 8mm will be quite thin and will also feature a 2D design. Furthermore, we learned that the design inspiration behind the Narzo 50 5G is the Kevlar speed texture design language which can be clearly seen in the images used by us. Combined, these give us an accurate idea of ​​not only what the phone will look like when it finally launches in the country, but also its design philosophy.

As we can see, the phone has a rectangular camera module with dual camera sensors and a dual LED flash. The images consulted by us also confirm that the device will be available in blue, with a stripped textured pattern running through the back and the Narzo logo in the lower left corner. We’ve also learned that the phone will also be sold in a black color variant, but it will be a much darker shade of black than we’ve seen in previously leaked low-quality renderings of the phone. 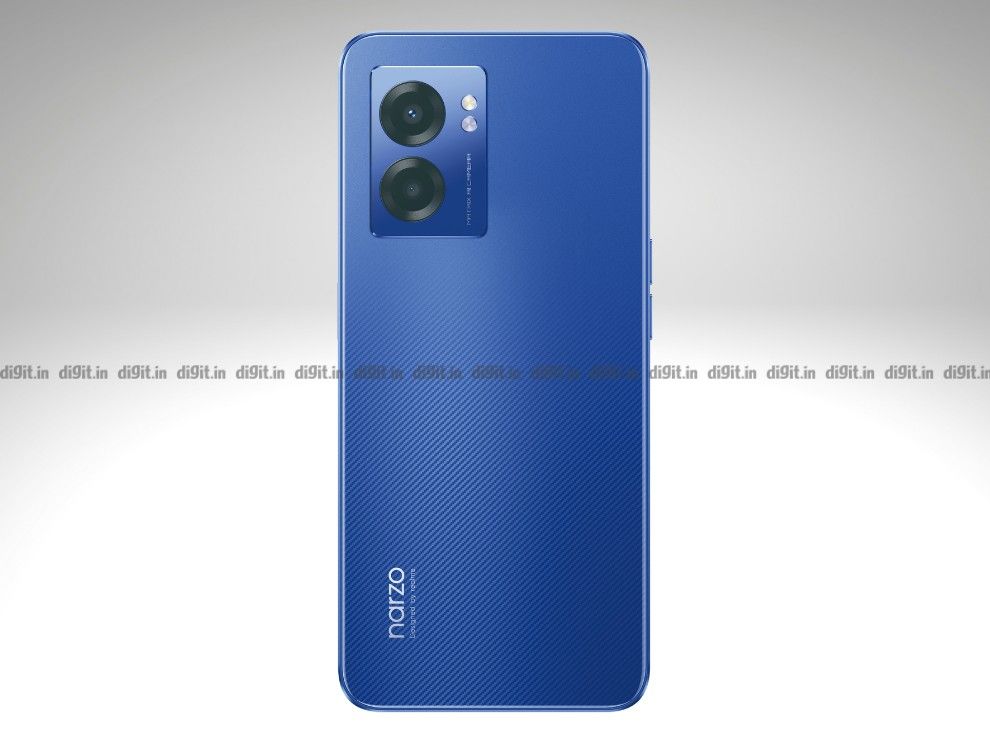 While the company has confirmed some details about the Realme Narzo 50 Pro 5G, we are still waiting for official information on the Realme Narzo 50 5G. Unlike the Pro model, which has already been confirmed to house the MediaTek Dimensity 920 chipset under the hood, the Narzo 50 5G is expected to be powered by the MediaTek Dimensity 810 SoC. This is expected to be paired with up to 6GB of RAM and 128GB of storage. The hardware will be tasked with running a copy of the Android 12-based Realme UI 3.0 with support for virtual RAM expansion.

Other leaks suggest that the Realme Narzo 50 5G could have a 6.58-inch AMOLED display with support for FHD+ resolution and a refresh rate of 90 Hz. For cameras, there is a 13MP primary lens and a 2MP depth sensor. The lights on the device hold a 4,800mAh battery with support for 33W fast charging.