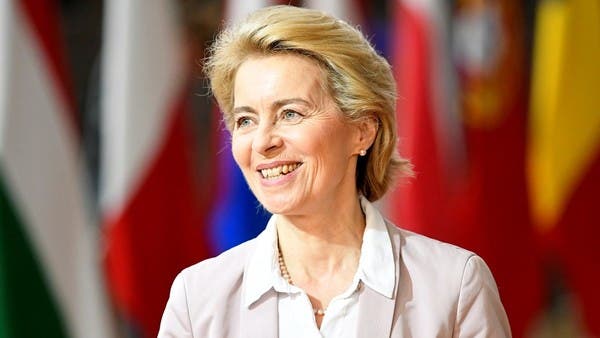 The European Union wants to strengthen its energy cooperation with Israel in light of Russia’s use of gas supplies to “blackmail” its members over the conflict in Ukraine, European Commission head Ursula von der Leyen said on Tuesday.

“The Kremlin has used our reliance on Russian fossil fuels to blackmail us,” she said in a speech at Ben Gurion University in the southern Israeli city of Beersheba.

“Since the beginning of the war, Russia has deliberately stopped gas supplies to Poland, Bulgaria and Finland, as well as Dutch and Danish companies, in retaliation for our support for Ukraine.”

But Moscow’s actions “only strengthen our resolve to break free from our reliance on Russian fossil fuels,” she said. pipeline in the Eastern Mediterranean.

Israel exports gas to Egypt, some of which is then liquefied and shipped to Europe. A significant increase in gas exports would require major long-term infrastructure investment.

The spokesman said there had been talks since March to establish a legal framework to allow more Israeli gas exports to Europe via Egypt.

Another option would be the EastMed project, a proposed seabed pipeline connecting Israel to Cyprus and Greece. But the administration of US President Joe Biden has questioned the project’s viability, given the sheer cost and time it would take to complete it.

Another proposal is a pipeline connecting Israel to Turkey.

Israel’s ties to Ankara have thawed in recent months after more than a decade of frosty relations, and analysts have said Turkey’s desire for joint energy projects has partly led to reaching Israel.

That pipeline project would cost $1.5 billion and is estimated to take two to three years.

It is estimated that Israel has gas reserves of at least one trillion cubic meters, and its domestic use over the next three decades is not expected to exceed 300 billion.

Von der Leyen was scheduled to hold talks with Prime Minister Naftali Bennett later Tuesday, before traveling on to Egypt.

US envoy talks with Lebanese president over border dispute with Israel