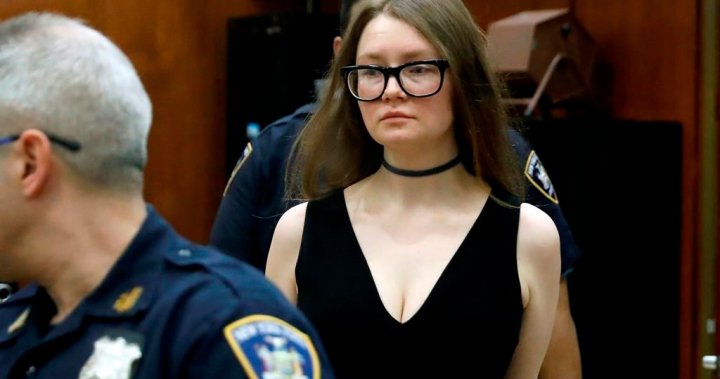 Anna “Delvey” Sorokin is making a new bid to fight her deportation from the United States after rumours swirled Monday that she was already on her way out of the country.

Sorokin, whose fictionalized story was the subject of the Netflix docu-drama Inventing Annahad been detained by immigration authorities on charges of overstaying her visa.

The New York Times reported Monday that she was facing imminent deportation back to Germany, but her lawyer said Tuesday she’s taking another stab at staying in the US

Manny Arora confirmed to the Associated Press that Sorokin was still on US soil and filed papers Monday seeking to hold off being ejected from the country.

Customs and Immigration Enforcement custody (ICE) on Tuesday told AP that she remains in the agency’s custody.

Sorokin has been embroiled in legal troubles ever since she claimed to be a German heiress named Anna Delvey, and wooed investors in New York City with claims that she had a $60-million inheritance and was raising money to start a ritzy social club in Manhattan. She falsely claimed to be the daughter of a diplomat or oil baron.

Sorokin was convicted in May 2019 on eight charges, including grand larceny, after she swindled hundreds of thousands of dollars out of New York investors, banks and hotels.

Prosecutors said Sorokin falsified records and song to get banks to lend, luxury hotels to let her stay and well-heeled Manhattanites to cover plane tickets and other expenses for her, stealing $275,000 over 10 months.

Although she was released from prison last year on parole, she was quickly taken back into custody for overstaying her visa.

She has been detained at an ICE facility since, and was scheduled for an appeal hearing in April.

Sorokin’s New York ascent was first reported in a 2018 profile in The Cut, which was quickly optioned for a Netflix series created by Shonda Rhimes.

Netflix paid Sorokin $320,000 as a consultant on the show. Sorokin said she used the majority of the Netflix payout to pay back her victims.

In an interview with the New York Post earlier this month, Sorokin’s best friend, Neffatari Davis, who also worked on Inventing Anna and was a character in the show, said that Sorokin had paid her dues.

“She got out on good behavior and she used the money Netflix gave her to pay everybody back. She owes no money,” Davis said. “She’s paid for her crimes. She didn’t kill anyone. She did wrong, but, at the end of the day, there are people who have done worse.”

† With files from the Associated Press