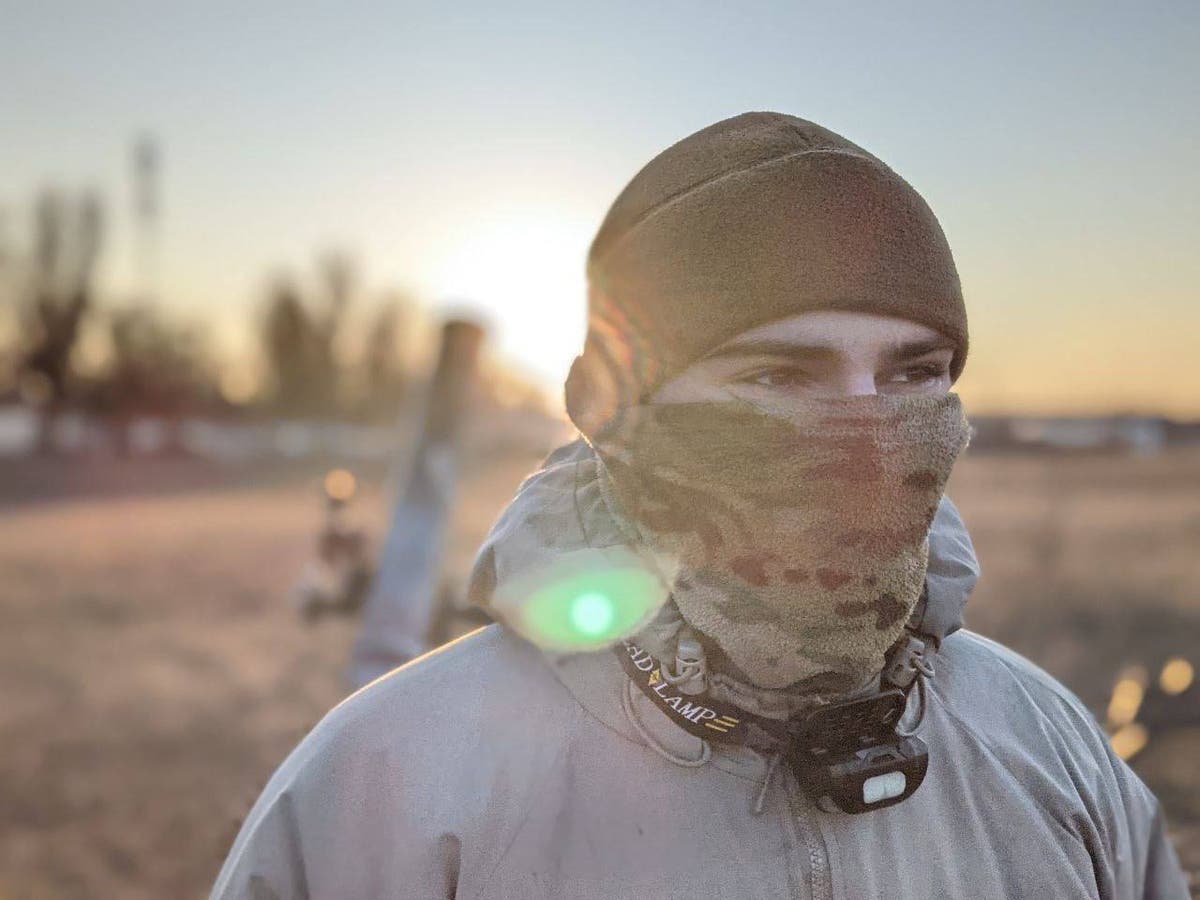 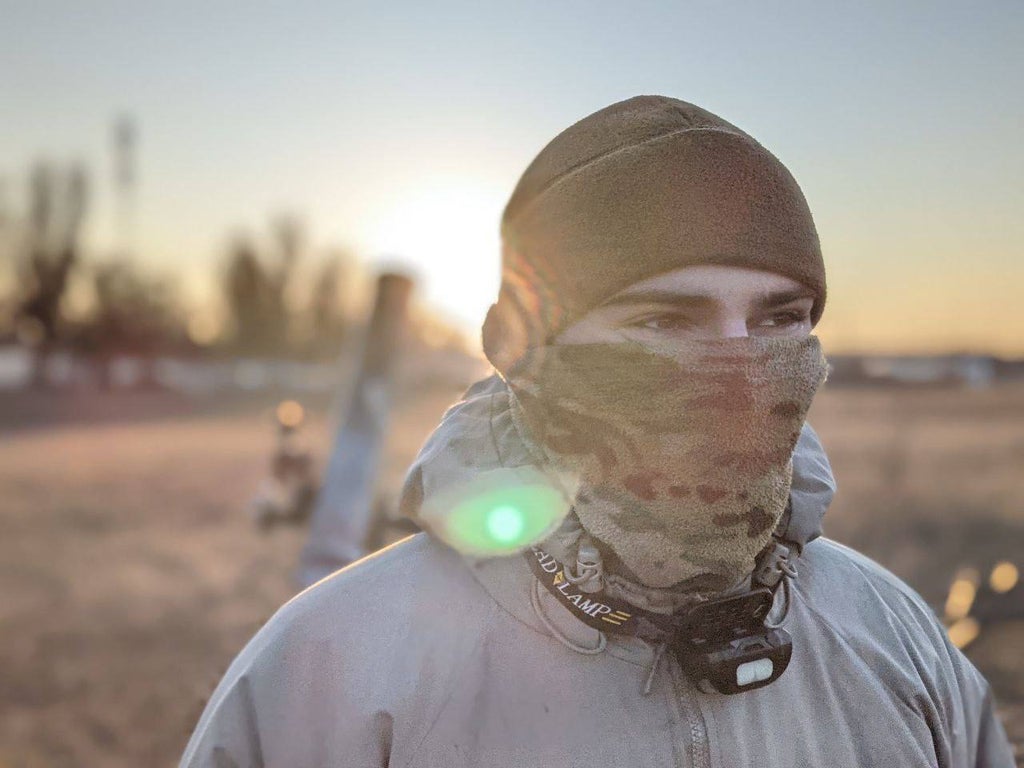 “I’m alive, but not much more, the shelling is getting heavier and the circle is getting smaller. We’re dying here slowly, I feel like I’m looking into hell. I’m not sure how much longer we can go on and I don’t know if we’ll see each other again. Remember, I love you very much.”

This was the last time Nataliia Zarytska heard from her husband, Bogdan, who finds himself among the soldiers desperately holding out in Mariupol, surrounded by overwhelming numbers of Russian troops, crushed by air and artillery attacks and with little or no chance of to escape.

A force of about 2,500 – more than 700 of them injured – are trapped in the sprawling Azovstal steel mill, much of which has been bombed into a wasteland of twisted metal.

These fighters have become fodder for Kremlin propaganda — and also a focus of recrimination among Ukrainians in a rare instance of division since the start of the war, with allegations that Volodymyr Zelensky’s government has failed them.

Most of the elderly, women and children have been rescued from Mariupol under the coordination of the United Nations and the Red Cross. According to local officials, about a hundred others, with ongoing efforts to get them out, have been delayed because the two sides blame each other.

The capture of Mariupol will be a rare triumph for the Kremlin in a conflict that has largely and surprisingly failed since Vladimir Putin ordered the invasion of Ukraine on Feb. 24.

Control of the port city would allow Russia to open a land route of significant strategic value between the separatist republics of Donetsk and Luhansk and the Crimean peninsula it annexed eight years ago.

The Ukrainian troops in Azovstal are also a prize for Moscow. Most are from the Azov battalion, which has long been accused by Russia of belonging to fascists who want to take over Ukraine. Killing or imprisoning them would fit into Putin’s admitted goal to “de-nazify” the country.

Some soldiers’ families have formed support groups to lobby the Ukrainian government to organize an extraction from the factory. They have broken up protests by the police with civil rights groups and the local media raising allegations of crackdown.

Mr Zelensky has urged international efforts to ensure safe passage for the troops and the remaining civilians. The situation is “extremely difficult”, but “we must not lose hope,” he added.

But in Azovstal there seems to be little expectation of rescue. “We have no hope left, only anger,” a soldier, Nicolai, said in a message to… the independent via Telegram. “We have been left to our own devices here. We’ve heard officials say the government has given us a chance to pull out. That never happened.

“Instead, the order was to hold the ground. That’s what we did, this bought time for other units to retreat and also take out civilians. We have done our duty and we expect the government to do theirs.”

Ms Zarytska shared another message from her 31-year-old husband from the factory saying: “We have 700 injured here, 400 of them cannot move themselves. The Russians are firing at us at their leisure, firing from a high point and their planes coming in low and slow.

“They have hit the area where the injured are staying, with some of them killed and more injured. It’s Dante’s inferno there. What must we do? Kill the wounded and then shoot ourselves? It is better that our commanders order us to shoot ourselves than to surrender. †

In an extraordinary online press conference earlier this week, two Azov officers at the Azovstal plant accused Zelensky’s government of failing to defend Mariupol, pointing out that surrendering to the Russians would mean the troops would sign their own death warrants.

“Our government has failed to defend Mariupol, failed to prepare for the defense of Mariupol,” said Lieutenant Ilya Somoilenko. “Surrender was not an option because Russia is not interested in our lives, not interested in letting us live.” Sviatoslav Palamar, the deputy commander, claimed the government was “cynical” in celebrating the rescue of civilians when many more residents of Mariupol were killed.

The Azov battalion itself posted photos of wounded soldiers showing how they lived in squalid conditions “with open wounds” and “without the necessary medicine and even food”. It said in a statement: “We demand the immediate evacuation of wounded military personnel to Ukraine-controlled areas where they will receive proper care.”

A public petition calling on the government to rescue the Azovstal defenders has gathered 1.5 million signatures in just a few days. Groups representing the soldiers’ families are approaching foreign governments, as well as Kiev, with pleas for help. They are also contacting the UN and ICRC for assistance.

The Azov battalion was integrated into the Ukrainian army eight years ago after the separatist war; many of its members and their families claim ties to the far right have been severed. There is a lot of recruiting, it is claimed, because the battalion is one of the most professional of the Ukrainian armed forces, and not for ideological reasons.

Ms Zarytsk, 36, had taken part in the demonstrations calling for rescue. But she wanted to emphasize that the aim of the families was to seek cooperation, not confrontation. One suggestion is that the fighters could be evacuated to a third country – possibly Turkey, due to its proximity – where they would remain for the duration of the war.

Evgeny Sukharnikov, whose 24-year-old son is one of the fighters at the Azovstal factory, said: “Every day is crucial now, the longer the wait, the more worried we are about what could happen. We are all trying to Surrender is not an option, they are right to fear that the Russians will kill them, Putin cannot be trusted.

“We really need international help now to save these people. We want countries to intervene in relations with Russia, this is a humanitarian crisis.”

Tatiana and Stavr Vyshnyak were living amid fierce fighting in Brovary, near Kiev, when it became a battleground between Russian and Ukrainian forces. Their 21-year-old son Artem, stationed with the Ukrainian army in Mariupol, was in regular contact to make sure everything was okay.

“These men have fought bravely for their country, the government must try to save them. I have my feelings like any mother would have about their children. My boy is 21 years old; the thought that he would die in a place like where he is now is a terrible feeling. So we keep thinking positive, we hope he and the others will be released soon.”

On April 17, Nataliia Zarytska married Bogdan via Telegram messages. A female soldier, who had trained as a lawyer and whose own husband had died the day before, prepared the necessary documents and testified.

“My husband had lost 20 kg since he was in Mariupol, he looked sick,” she said. “There was no ceremony, it was all very short and even that time had to be short because the Russians attacked.

“It’s hardly the wedding anyone imagines. But it was actually amazing and reminded me again how precious life is. I keep telling Bogdan that we will be together again and start a family. I keep telling him not to give up, he will get away from Azovstal, they will all come from Azovstal.”