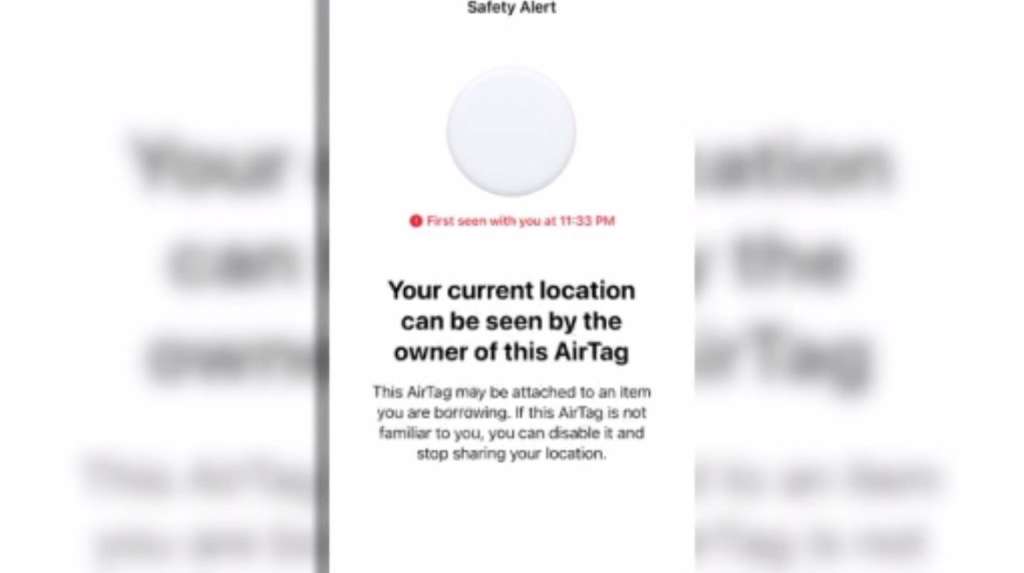 NEAR ORLANDO, Fla. (WSVN) — A Florida family made a disturbing discovery when they learned they were being followed while visiting Walt Disney World.

As she and her family walked out of the Magic Kingdom earlier this week, Jennifer Gaston said her daughter Madison received the disturbing message.

“We were terrified, we were scared, just hurt and confused,” Jennifer said.

Madison’s report stated that an Apple AirTag device followed her as they exited the theme park.

Her mother said a map showed the device tracked them through the Magic Kingdom for about four hours, so they quickly searched for it.

After failing to see it right away, the family jumped into their car, locked the doors, drove off and called the police.

Madison, meanwhile, kept checking the device’s location on her phone.

“While she was refreshing it, it turned out that the AirTag was still in our parking lot at Disney, so when we shook our clothes and frantically threw everything out of our bags, it somehow fell out,” Jennifer said.

AirTags are small Apple devices that people place on valuables like keys, so if they lose the item, they can track it down with their smartphone.

Security expert Dave Benson said criminals drop the AirTags into wallets or onto cars and use the device to track people on their phones.

“Some people who are ill-willed towards others use it to potentially stalk people, track people, tag vehicles, luxury vehicles that they may want to come back and steal,” he said, “and so, even if it’s not at epidemic proportions, it happens enough that it is worrying.”

The Gastons said they’re just thankful nothing came of the terrifying warning, but they hope their story helps someone else.

“This story could have ended very differently. Everyone needs to know and be aware and watch out,” she said.

The police advise those who are in this situation to go to a public place and not to their home.

As for the Gastons case, without the AirTag itself, the deputies cannot identify the incident as a criminal offence.