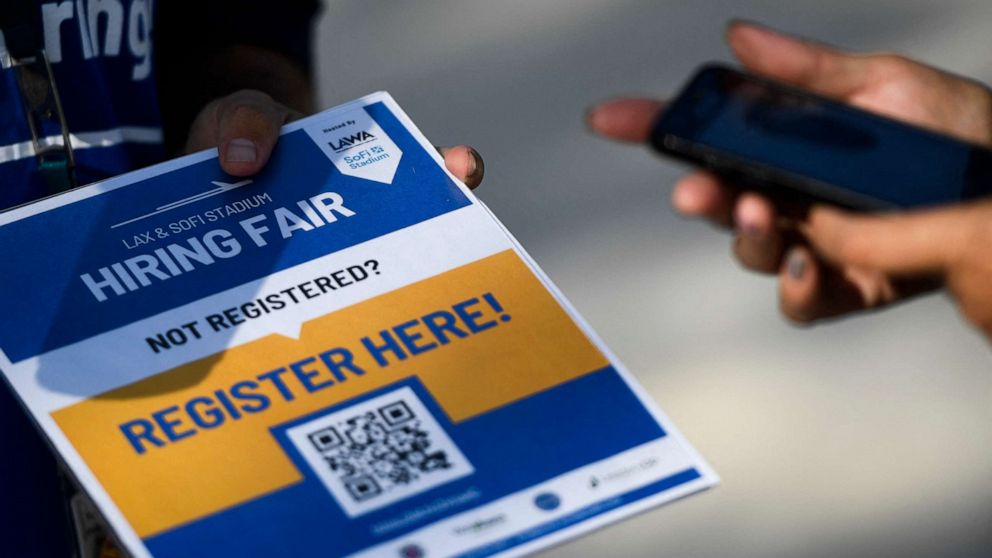 The four-week average for claims, which compensates for weekly volatility, fell by 6,000 to 230,500.

First-time applications for jobless aid generally track the pace of layoffs, which are back down to fairly healthy pre-pandemic levels.

In January, the US economy added a whopping 467,000 jobs and revised December and November gains upward by a combined 709,000. The unemployment rate stands at 4%, a historically low figure.

The US economy has rebounded strongly from 2020′s coronavirus-caused recession. Massive government spending and the vaccine rollout jumpstarted the economy as employers added a record 6.4 million jobs last year. The US economy expanded 5.7% in 2021, growing last year at the fastest annual pace since a 7.2% surge in 1984, which also followed a recession.

Inflation is also at a 40-year high — 7.5% year-over-year — leading the Federal Reserve to ease its monetary support for the economy. The Fed has said it will begin a series of interest-rate hikes this month in an effort to tamp down surging prices.