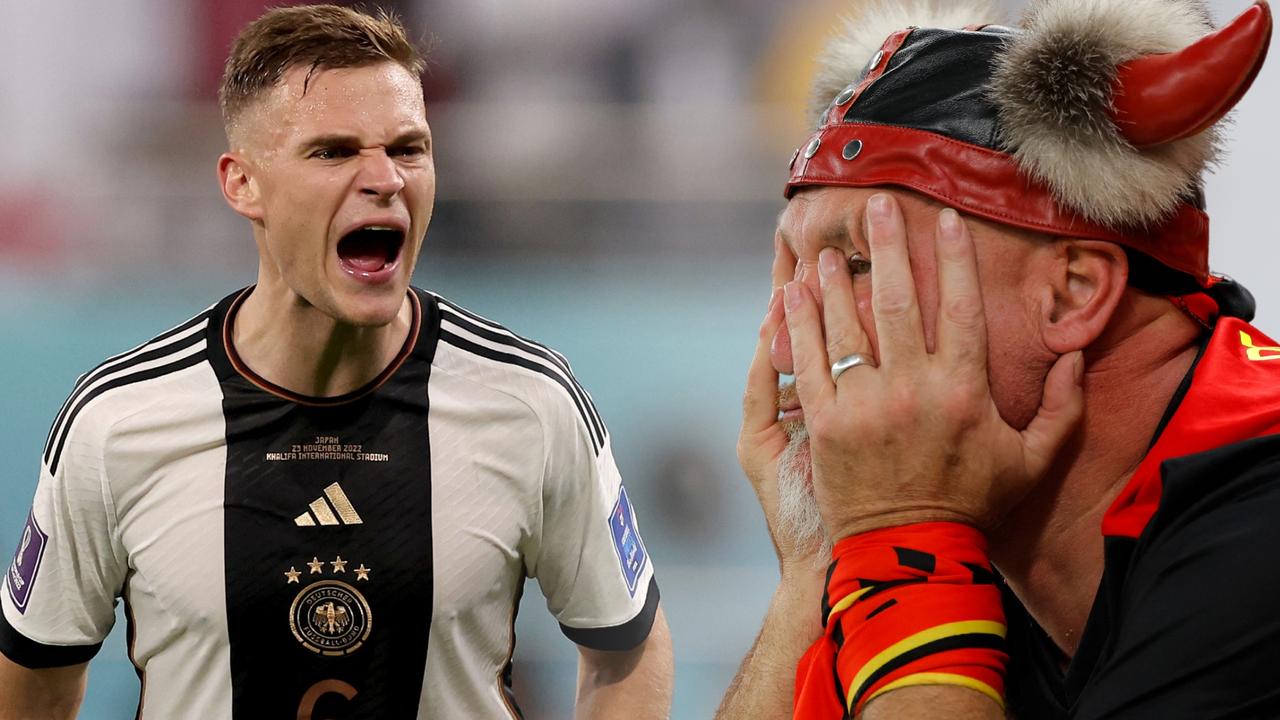 Host country Qatar was the first to face the shame of being knocked out of the World Cup, though Canada was not far behind.

However, world champions France have worked their way through a potentially tough group and are the first nation to book their spot for the last 16.

Gareth Southgate’s England are among others moving closer to the knockout stages, although they still need to avoid a disastrous scenario against Wales.

Here are all the groups.

OUR FORECAST: The Netherlands and Senegal reach the last 16.

Wales are bottom of the group with no wins in their opening two games but can still progress if it shocks England. The Welsh need to win, improve their goal difference and hope for a draw between the US and Iran. England can only miss the last 16 if they lose by three goals or more and the match between Iran and the US is not a draw. Gareth Southgate’s is almost over and the US and Iran are likely to play for second place.

OUR FORECAST: England and the US to make progress.

What a conclusion to this group. Poland is top of Group C after two games, but will be eliminated from the World Cup if it loses to Argentina and Saudi Arabia wins to Mexico. A five-goal swing to the Mexicans against Poland would also be enough to knock out the Europeans. So for example if Mexico beat Saudi Arabia 2-0 and Argentina beat Poland 3-0. There is also a very real possibility that Lionel Messi and co will be eliminated from the knockout stage unless they take three points.

OUR FORECAST: Argentina beats Poland to seal the last 16 spot. A draw between Mexico and Saudi Arabia to send Poland through on goal difference.

Most Australian fans will already be familiar with the scenario. Beat Denmark and the Socceroos join France in the last 16. Lose and Graham Arnold’s side are out. A draw would suffice as long as France doesn’t lose to Tunisia, who have a better goal difference than the Socceroos. Reigning world champions France are the first team to be assured of a place in the knockout phase.

OUR FORECAST: Heart says Australia manage a draw and get through. According to Head, Denmark joins France in the last 16. The Danes weren’t at their best in Qatar, but they’re ranked 10th in the world for a reason.

Germany and Spain are still favored to come through, despite being on opposite sides of the table. Spain is expected to beat Japan in its last game and is likely to progress anyway due to the +7 goal difference. If Japan won and Costa Rica shocked Germany, Spain would be out despite beating the Central Americans 7-0. Germany wants Spain to win and then has its destiny in its own hands, knowing that a victory over Costa Rica will be enough.

OUR FORECAST: Class triumphs. Spain leads the group and Germany is second.

Three teams battle for two places with Canada officially out of the World Cup after losing to Croatia. The 2018 runner-up meets the world number 1. 2 side Belgium in the last of the group matches and the Belgians need to win after being shocked by Morocco. A draw would not be enough for Belgium unless Canada defeated Morocco by four goals.

OUR FORECAST: Morocco leads the group, Croatia second after a draw against Belgium.

Tournament favorites Brazil are through after winning their opening two matches, with Switzerland still in the boxseat to finish second. The Swiss only need a draw in their last group game against Serbia to make way for the Round of 16. At least, unless Cameron stuns Brazil.

OUR FORECAST: Brazil will be joined by Switzerland in the last 16. But Serbia winning to get through wouldn’t surprise.

Cristiano Ronaldo and Portugal move into the last 16 after consecutive victories to open their campaign in Qatar. A draw against Uruguay should be enough for Ghana to finish second. If Ghana loses, Uruguay will jump to four points and qualify unless South Korea beat Portugal.

OUR FORECAST: Uruguay was not great against Portugal. Expect Ghana to get a result and join Portugal in the last 16.

Originally published as World Cup 2022 State of play: Who’s in the last 16 and who’s out?