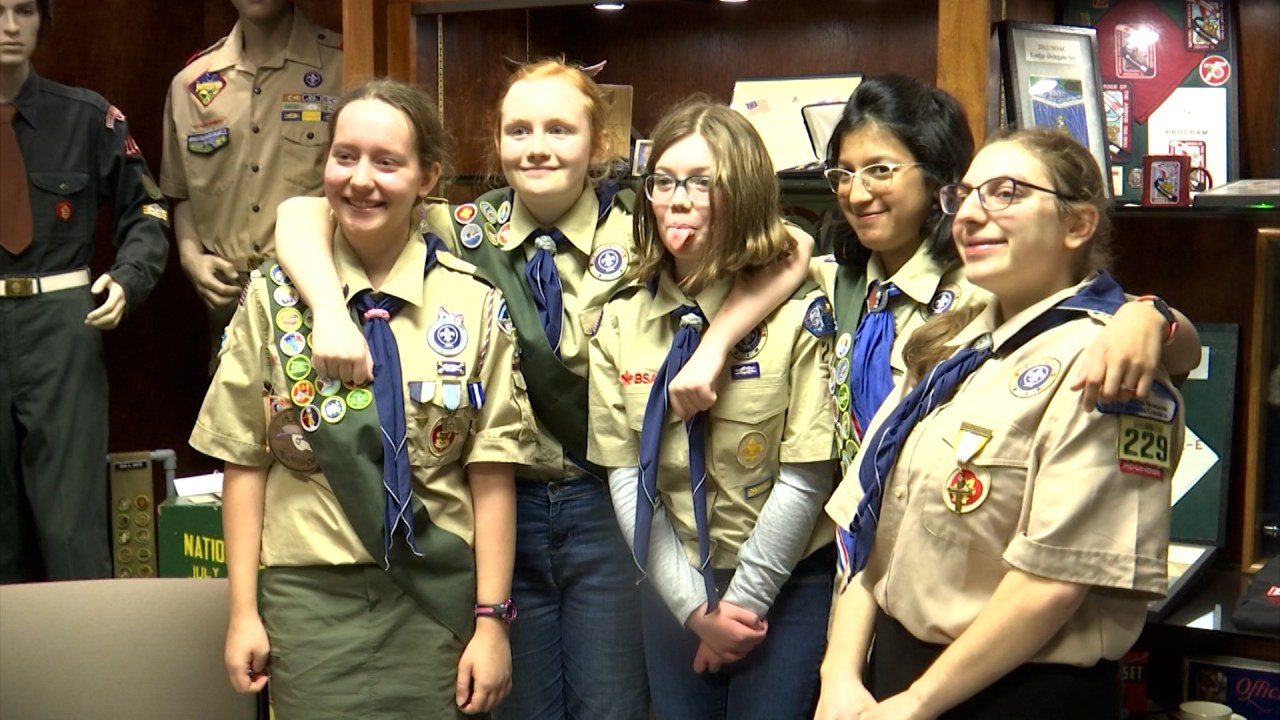 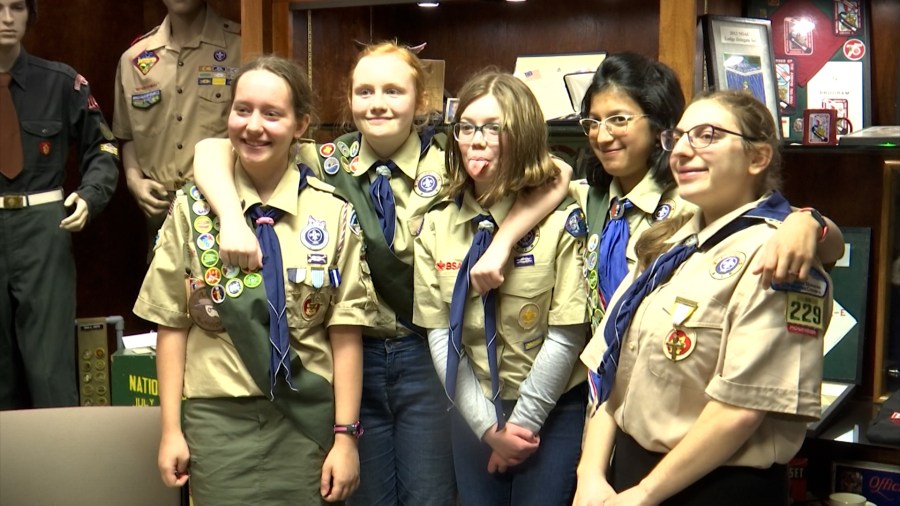 Now some of those girls are Eagle Scouts, and others are on the cusp of earning the prestigious title, including Jeanetta Lewis.

“My younger self would probably stare at me confused and ask, ‘How?'” Lewis said.

She watched her brothers grow up in Scouts. For as long as she can remember, she wanted to be a part of it.

In early 2019, Scouts BSA announced that it would allow girls to participate. It was a long wait for these girls.

“My younger brother joined like a lion and my dad said I could do it because they just opened it, so I went to one of his gatherings and I thought it was pretty cool,” Wild said.

“I’ve always wanted and hoped that one day I could do it and things like that, it always seemed like a lot of fun,” Peters added.

“I heard about girls being accepted into the Scouting program and I’m like, ‘Finally!'” Romeo said.

While Wild later joined, the other four girls have been together since the beginning, led by Scoutmaster Leah Romeo. Scouting is a family tradition for all three of her children, and she said Scouts BSA suited her best by far.

“When I heard what the structure of the BSA would be, where the girls would have their own leadership and the boys their own leadership, and then they would just work together, that was impressive,” she said. “So it made me much more comfortable that everyone would get equal opportunities.”

The troop goes to camp and the girls have earned many merit badges. They support each other as individuals, but do everything as a group.

“I’m really proud of us as a troop, and how far we’ve come, and how we’re so diligent in our work and how we can make things work for us in the toughest of times,” O’Donnell said. “All of these experiences have brought us closer together as a group and it has been very helpful for all of us to learn from each other.”

“Everyone said, ‘Oh, this is a really great achievement. You’re the first girl on the entire Greater Niagara Frontier Council.’ And I’m like, ‘That means something to me, but probably not as much as it should,’ and I’ll probably look back on it when I’m older and I’ll be like, ‘Wow, I did that.'”

The other girls are closely following each other, many of them just months away from becoming Eagle Scouts themselves.

“It’s always been something that got me excited, so the prospect of really being so close to it makes me happy when I think about it, and I feel it’ll make me proud of myself to know I’ve managed a become an Eagle Scout. ‘ said Lewis.

Ava Romeo spoke of the feeling of achieving what her older brother had.

“I always tried to be as good as my big brother because I always wanted to earn every merit badge and get the top rank and stuff in the other programs, just like him, because I wanted to be at least as good as him,” said they. “I feel really good.”

Scoutmaster Romeo said this experience shows that there is a good and balanced way for everyone to be equal. She said that while everyone will approach the program differently, they will all have the same opportunity and said it sets a good example for society.

“I hope to see people have choices and the girls have opportunities in many different places — and ironically — it was with the Boys Scouts of America that they got this cool opportunity to be equal and do a program they can’t access. had before.”

The girls agree: it was the best decision they ever made.

The Greater Niagara Frontier Council registered 223 girls at the end of last year. They say that the interest of local girls only continues to grow.

Kayla Green is a reporter who has been part of the News 4 team since 2021. View more of her work here.