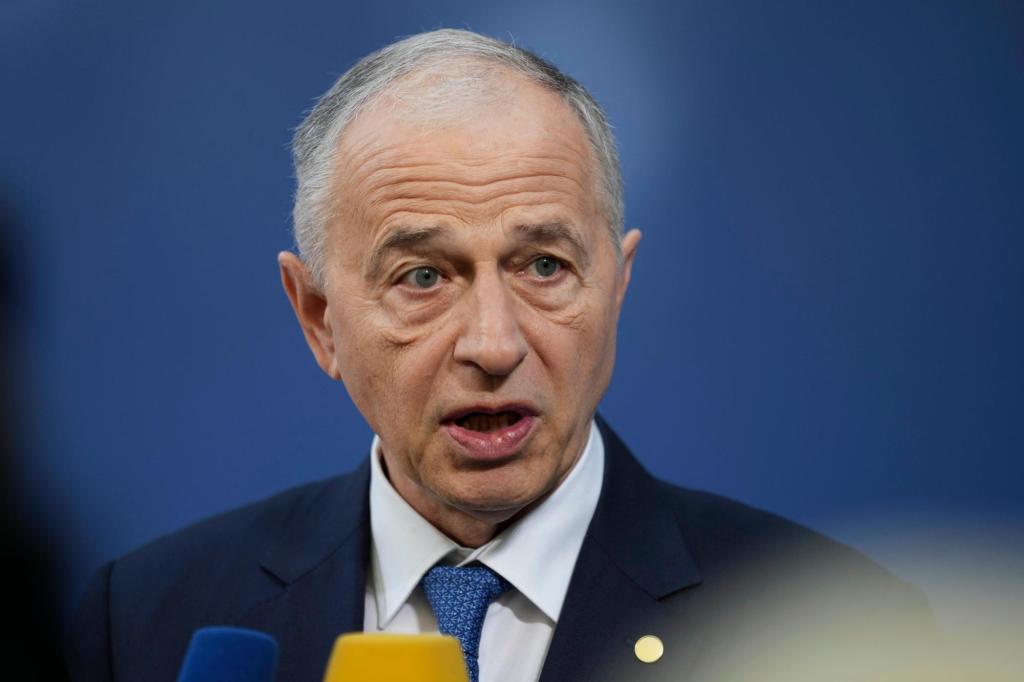 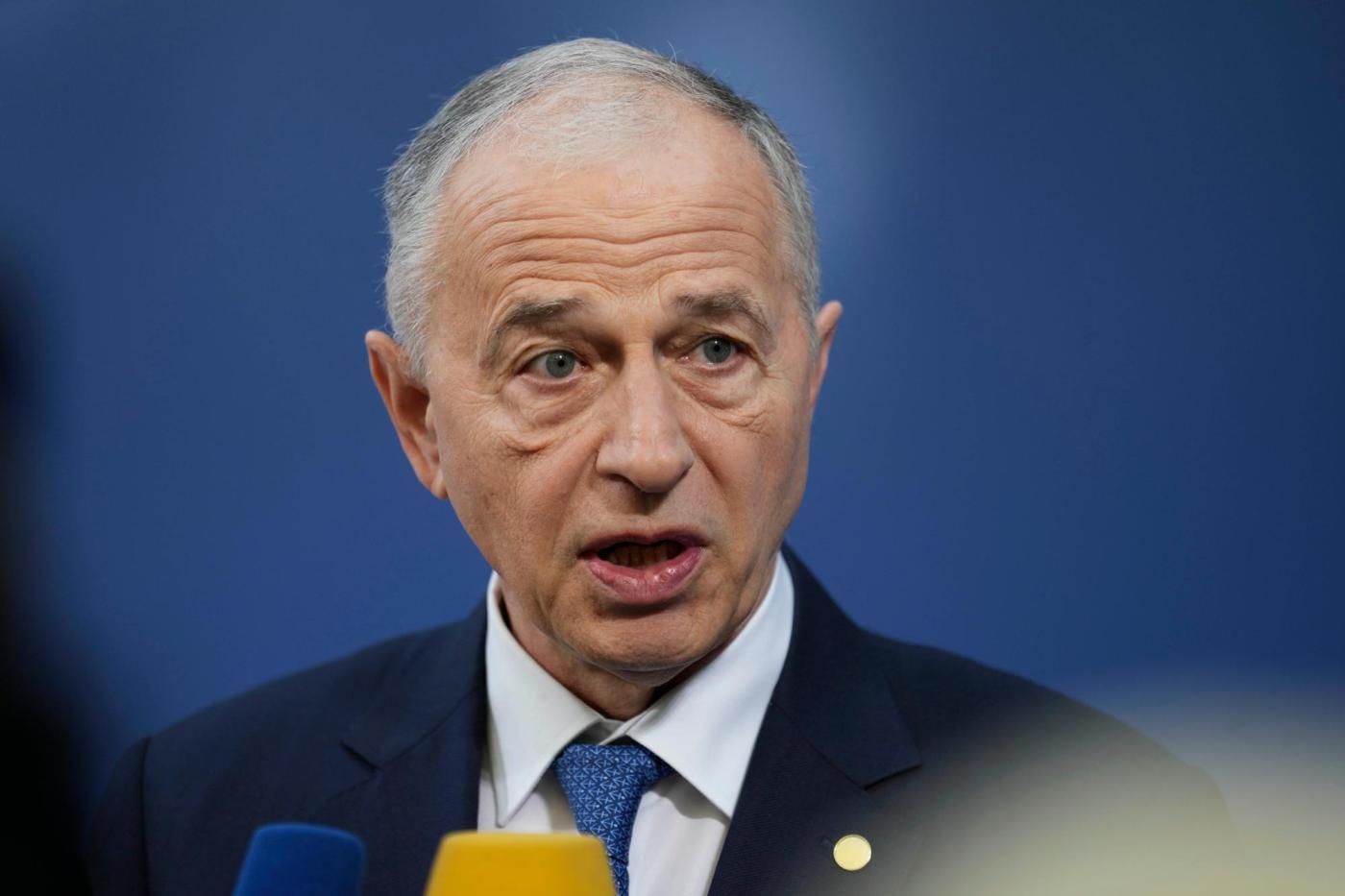 By FRANK JORDANS and JARI TANNER

BERLIN (AP) – The Finnish government declared a “new era” is dawning after announcing on Sunday its intention to join NATO, while Secretary-General Jens Stoltenberg expressed hopes Ukraine could win the war , as Russian military progress seems to falter.

President Sauli Niinisto and Prime Minister Sanna Marin announced that Finland would join NATO at a joint press conference at the Presidential Palace in Helsinki. The previously neutral Scandinavian country shares a long border with Russia.

“This is a historic day. A new era is beginning,” Niinisto said.

The Finnish parliament is expected to approve the decision in the coming days. A formal application for membership will then be submitted to NATO headquarters in Brussels, most likely sometime next week.

The announcement came as top diplomats from NATO’s 30 member states met in Berlin to discuss further aid to Ukraine and steps by Finland, Sweden and others to join NATO in the face of threats from Russia.

“Russia’s war in Ukraine is not going as Moscow planned,” Stoltenberg said via video link as he recovers from a COVID-19 infection. “They have not taken Kiev. They are withdrawing from around Kharkov. Their major offensive in Donbas has stalled. Russia is not meeting its strategic objectives.”

“Ukraine can win this war,” he said, adding that NATO must continue to increase its military support to the country.

Sweden has also already taken steps to join the alliance, while Georgia’s bid is being renegotiated, despite strong warnings from Moscow about the ramifications if its neighbor joins NATO.

“Finnish membership in NATO will be good for Finland, good for Scandinavia and good for NATO. Finland has the full support of Norway,” Huitfeldt said in an email to The Associated Press.

Huitfeldt said the Norwegian government would facilitate “a swift ratification by the Norwegian parliament” for Finland’s accession to NATO.

“We are now seeing unprecedented unity in NATO. With Finnish membership, we will further strengthen the Nordic flank of the military alliance,” Huitfeldt said.

Stoltenberg said he was confident that the accession process for Finland and Sweden in the existing Member States could be speeded up. In the meantime, the alliance would increase its presence in the Baltic region to deter Russian threats, he said.

“All allies realize the historic grandeur of the moment,” Stoltenberg added.

That sentiment was shared by German Foreign Minister Annalena Baerbock.

“Sweden and Finland, when you are ready, we are ready too,” she said.

But NATO member Turkey has expressed concern over the accession of the two countries, claiming they support Kurdish militants whom Ankara considers terrorists.

The Kurdistan Workers’ Party, or PKK, has been waging an insurgency against Turkey since 1984 and the conflict has claimed the lives of tens of thousands. Turkey is also outraged at US support for PKK-affiliated Syrian Kurdish militants to fight the Islamic State group.

Turkish Foreign Minister Mevlüt Çavuşoğlu told reporters in Berlin on Sunday that Finland and Sweden had also imposed restrictions on defense sales to Turkey, which he called “unacceptable”.

“It is not because we are against NATO enlargement, but because we believe that countries that support terror and follow such policies against us should not be NATO allies,” Çavuşoğlu said.

However, Stoltenberg said he understands Turkey is not trying to keep Finland or Sweden out, but rather its concerns are addressed first.

“Turkey has made it clear that it is not their intention to block membership,” he said.

Nevertheless, Turkey’s expression of its grievances has sparked concerns in Washington and Brussels that other NATO members could also use the admissions process as a way to force concessions from allies, potentially complicating and delaying accession.

US Secretary of State Antony Blinken, who spoke to Çavuşoğlu and will see him again later this week in New York on the sidelines of a special UN Security Council meeting, declined to comment on those concerns. But he expressed confidence that all NATO members would support the bids.

“I heard very strong support almost across the board for Finland and Sweden to join the alliance, if they so choose, and I am confident that we will reach consensus,” he said after the meeting in Berlin.

On the sidelines of the Berlin meeting, Blinken met with Ukrainian counterpart Dmytro Kuleba earlier Sunday to discuss the impact of the war and how to bring Ukrainian grain into international markets.

Britain’s top diplomat said NATO members would also discuss security issues outside of Europe during their meeting on Sunday – a reference to growing unease among democratic nations over China’s rise.

“In addition to protecting Euro-Atlantic security, we also need to watch out for Indo-Pacific security,” said Secretary of State Liz Truss.

The meeting this week follows a meeting of foreign ministers from the Group of Seven Leading Economies on Germany’s Baltic Sea coast. Officials there expressed strong support for Ukraine and warned that Russia’s blockade of grain exports from Ukrainian ports threatens to spark a global food crisis.

“We are now seeing a world where the enemy of democracy number one is Putin and the thinking he represents,” Kofod said, adding that NATO would also stand with other countries, such as Georgia, which he said would be destroyed by Russia. were “instrumented”. †

Jari Tanner reported from Helsinki. Matthew Lee in Berlin and Zeynep Bilginsoy in Istanbul contributed to this report.