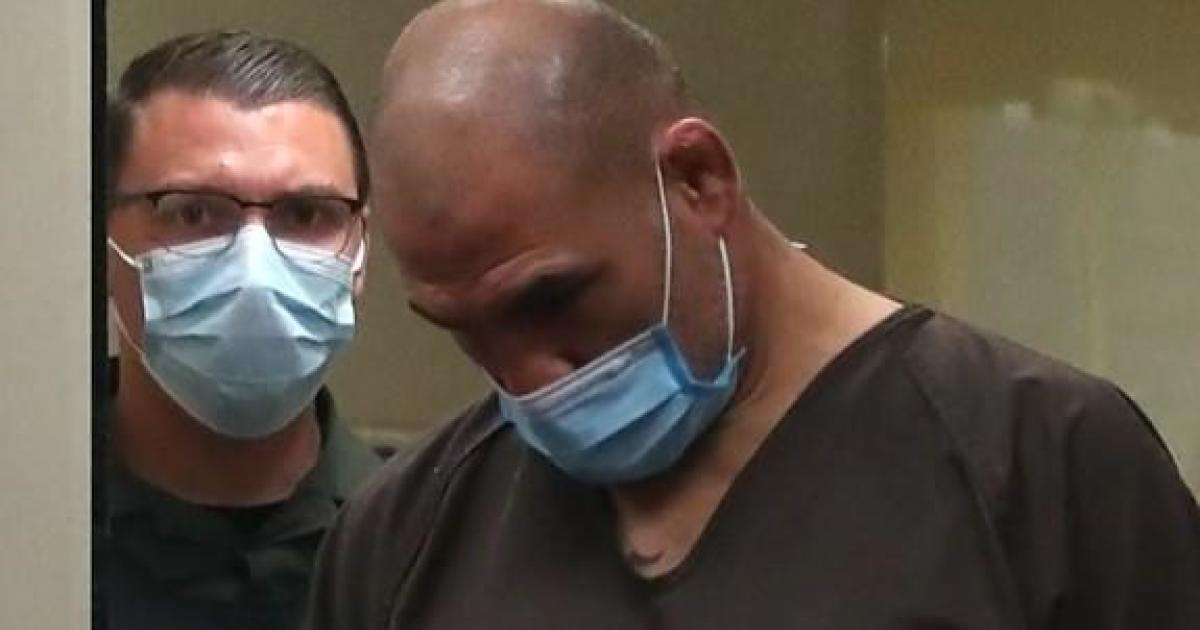 Dozens of Velasquez’s supporters filed into the Santa Clara County Hall of Justice Wednesday for a hearing on the case.

The charges were lodged against the 39-year-old San Jose resident after police said he rammed into and shot at a vehicle Monday that carried a man who’d allegedly molested a juvenile relative of Velasquez’s.

A little after 3 pm Monday, Morgan Hill Police responding to reports of a shooting found Paul Bender suffering from gunshot wounds. He was taken to a nearby hospital to be treated for non-life-threatening injuries.

According to police, Velasquez had followed Bender’s vehicle because it contained 43-year-old Harry Goularte, who’d been released by authorities after being charged with felony child molestation.

At the time of the shooting, Bender – Goularte’s stepfather – was driving Goularte to get an electronic monitoring bracelet that was a condition of his release from jail.

Velasquez chased the vehicle, a Chevy Silverado, 11 miles before ramming into it, authorities said. After the collision, Velasquez opened fire on the vehicle with a handgun, hitting Bender. Goularte’s mother, who was in the vehicle, called 911.

“What he did was put the public in danger,” said prosecuting attorney Aaron French.

“I don’t want even mixed martial arts fighters who are champions to get to go around and fire guns in public places and take the law into his own hands; it’s horrifying, it’s frightening,” Canny said. “There is no defense for vigilante justice, and that’s probably a good thing. Otherwise, the whole system would devolve into vigilantism. There is no defense of ‘I was so mad, I had to do it.'”

Velasquez, who has hired celebrity attorney Mark Geragos, was booked into the Santa Clara County main jail and held without bail. His arrangement, originally scheduled for Wednesday, was postponed until next Monday.

“The community is behind him on what happened,” said family friend Erin McNabb.

According to court documents, authorities charged Goularte, a San Martin resident, over his actions at a child care facility run by his wife where he lived but didn’t work. The facility cares for 20 children and Goularte is charged with inappropriately touching a child there multiple times. The victim is believed to be a relative of Velasquez.

Patricia Goularte confirmed to police that Velasquez had been employed at her daycare facility for the past two years.

Goularte had been released without bail as part of the “Supervised Own Recognizance Program” (SORP), against the district attorney’s office request.

“The court disagreed with us and agreed that he could be released without bail. That was not a decision that we agreed with. But it is a decision that we respect. We respect the judge’s decision in that case. We do not believe that that justified the conduct in this case, particularly given how reckless it was and how much it endangered the general public,” said Santa Clara County Assistant District Attorney Angela Bernhard.

At the Hall of Justice in downtown San Jose, Velasquez’s wife Michelle had no comment, but asked for friends and supporters to attend the hearing Wednesday afternoon. A crowd of several dozen supporters arrived, wearing “#FreeCain” t-shirts, and blasted the judge in Goularte’s case.

“I think it is unacceptable that our justice system let this guy free. It’s unacceptable,” said Erin McNabb, a family friend of Velasquez.

Canny said Goularte’s release was based on California’s zero bail law and was appropriate for the situation.

Velasquez was forced by injuries to retire from the MMA in 2019. During his career, he earned UFC heavyweight championship titles in 2010 and 2012.