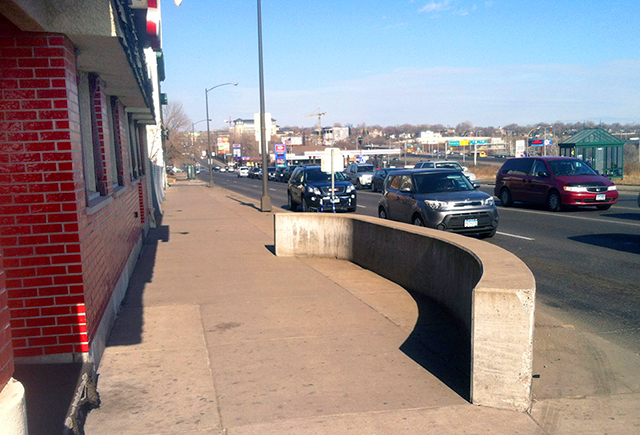 Recently, another row erupted in St. Paul over a day care center for the city’s poorest residents, with a lawsuit, flyers, billboards and public hearings at City Hall. In any case, it marks the third major battle in the past eight years over the future of listening house, a non-profit organization that connects out-of-home people to everything from social services to jumper cables to a safe place to smoke Marlboros. Of all the city’s “locally unwanted land uses” — known commercially as Graduated because they are often opposed by neighbors – shelters for people with nowhere else to go are perhaps the most controversial.

That said, this last case is different. The city council has offered over a million dollars in tax-raising financing for a new and improved location, the old Red’s Savoy pizzeria and one of the most geographically isolated spots in the city. Given that Listening House has survived COVID by operating a shelter on Dayton’s Bluff without too much commotion, I’m optimistic that this new location could work for everyone.

In my nine years with the St. Paul Planning Commission, the Listen House 2014 case was the hardest vote I had to cast. It was difficult because both sides had compelling arguments and the legal issues – a rare one”determination of similar use‘ made by a city administrator – were vague enough to allow for judgment. On the one hand, we had a well-documented litany of disturbing complaints from neighbors and rather extreme land use that was almost completely unregulated. On the other hand, there was a non-profit organization that was trying to help people who desperately needed a place to go. The end result, decided by one vote, was to apply a number of conditions to the shelter, such as limits on hours and the scope of operations.

It didn’t end there. Listening House sued the city and, a year later, the two parties out of court, to agree on a milder list of conditions. It was just the beginning of an ongoing saga that had the nonprofit bouncing like a bingo ball around the edges of downtown St. Paul.

One of the many ironies of the current situation is that if circumstances had turned out just a little differently, the geography of unhoused services could be reversed. Listening House has been around since the mid-1980s, but spent most of that time tucked away old main street in addition to the catholic charities’ Dorothy Daycare. Their current odyssey stems from the expansion of that complex into a larger, much more beautiful facility.

Years ago, when the expansion of the Catholic Charities shelter was proposed, there was even a public debate at City Hall about where the new, larger building should be located. Some city leaders wanted the new location to be closer to Railroad Island, closer to the proposed listening house location. Catholic charities rightly pushed back, preferring to remain in their central spot, a block from the Xcel Energy Center and many downtown services.

When the location was finalized, an overlooked effect was that supplanted the Listening House, which sought a new place for homeless people to hang out. What Listening House does is important because night shelters like Catholic Charities force many residents out the door every morning, leaving people on the streets with few places to go. Listening House is one of those rare daytime safe havens.

As the director of the Listening House, Molly Jalma, said during her city council testimony in July: “Right now in St. Paul on evenings and weekends there is nowhere where people can just sit down without possible harassment; we fill that gap.”

The Fiasco of the Freedom House

The other part of the story was that, during the latter parts of the pandemic, which put all sorts of stress on the downtown area, Listening House opened a temporary facility in an old town fire station on West 7th Street — on the other side of downtown. The shelter, called Freedom House, sparked all sorts of complaints mixed with the lingering concerns of entrepreneurs, such as crime and COVID. At one point there was a lawsuit by neighbors and businesses over that locationwith a laundry list of nuisance complaints.

That facility, always intended to be temporary, closed in May, and now Listening House has raised funds to find a new home, hopefully before the worst of winter weather arrives.

“Red would turn in his grave,” a former employee told me recently, describing the irony of Listening House’s proposal to use the former Red’s Savoy building east of downtown.

It’s ironic, because while Red Schoenheider, the founder and namesake of pizza chain Red’s Savoy may not have been known for his progressive politics, he had one thing in common with the people who run Listening House: an alien decision. Red’s Savoy clung to the corner of East 7th and Lafayette like a kitten on a tree branch for more than 50 years, while Red himself spent nearly every waking hour keeping the establishment going, all the way up to his last day in 2017. And he did it despite occupying one of the most fringe tracts of land. in St. Paul occupied.

A century ago, this part of the city was bursting with industry and railway lines. From present-day Lowertown to Railroad Island and the East Side, there was a mishmash of land uses ranging from sawmills to apartments. (Before then, if you can believe it, it was a bourgeois enclave of mansions) around a park.) In the mid-20th century, this part of St. Paul became particularly enthralled with highway engineering, with I-94, I-35E, and Highway 52 converging here at roughly the same spot.

As a result, East 7th and Lafayette form an island of urbanity at the precise terminus of Highway 52 northbound – surrounded on almost all sides by freeways and parking lots. Before the Lafayette Bridge was redesigned, hundreds of cars a day would slow down from 60 miles per hour, nearly dead-end in front of the building. I often thought that Savoy was like the Rock of Gibraltar, because apparently every six months a driver would crash right into the side of the building like an ocean wave. It got so bad that a 1-foot concrete wall was eventually built along the sidewalk to prevent the carnage. I was always amazed that the building survived, in my mind, thanks to Red Schoenheider’s Ahab-esque resilience.

So it’s quite an appropriate irony that the Red’s property would become a home to Listening House, also an organization that has existed for decades, despite seemingly all the forces that were lined up against it.

The current solution, proposed by both Luisterhuis and the city council – in this case acting as the Housing and Redevelopment Authority – uses city funds to help build a better building for the organization, including a protected place to smoke cigarettes on what used to be. once the Red’s Savoy parking lot (one of the last holdouts against the city’s 2006 smoking ban).

In my opinion the only real downside is that the streets and sidewalks around East 7th are horribly designed.

Even now, the State Department of Transportation… complete a redesign for a major stretch of East 7th, connecting the East Side to downtown and going just past this location. I really wish someone could find money for safer streets – traffic calming, bumps, wider protected sidewalks – that can ensure that people walking and cycling to and from the new building are not torn by the speeding traffic from the driveways.

Another place to go?

I am absolutely in no position to comment on the published lawsuit filed by property owners and businesses clustered on the east side of downtown St. Paul. But I can tell you that, since the original Listen House lawsuit spat around the Swede Hollow and the First Lutheran Church, the complaints at that location have largely softened. Director Molly Jalma attends nearly every Dayton’s Bluff community gathering, and many of the nuisances that would have been a problem years ago have been resolved.

“In the past few months, since Freedom House closed, it has been very quiet in the neighborhood,” East Side Council member Jane Prince said in July, referring to the shelter in her ward. “People were afraid it would be difficult again [but] I feel like things are going in the right direction.”

The whole situation is unfortunate in the first place because, as I described a few months ago, the 2020 COVID pandemic revealed that problems such as homelessness, which seem endemic to our society, are solvable with the right amount of federal money. But until that happens, we need nonprofits and city leaders to fill the gaping void for those in poverty. This is what that looks like.

In his 2017 Pioneer Press obituary, Jess Fleming wrote of Red’s work habits: “Red’s Savoy Pizza was closed for Christmas, but Schoenheider was going to go in anyway to take inventory and give some of his friends, guys he knew that they had nowhere to go, a holiday gathering.”

Well, that’s almost the exact role of the Listening House organisation. Unless I’m wrong in my legal projections, the only result of the billboards and lawsuit will be a delay in building the new facility until after the winter, leaving people out in the cold with nowhere to go. .