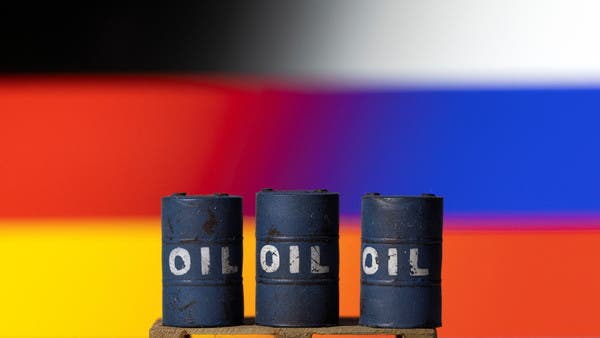 The entire G7 club of rich countries is “committed to phase out or ban Russian oil imports,” the White House said on Sunday, mounting pressure on President Vladimir Putin over the invasion of Ukraine.

“This will hit the main artery of Putin’s economy hard and deprive him of the revenue he needs to fund his war,” the Biden administration said in a statement, without specifying exactly what commitments the G7 members – France , Germany, Canada, Italy , Japan, Great Britain and the US — have made.

The West has so far shown coordination in its announcements of sanctions against Russia, but has not advanced at the same pace when it comes to Russian oil and gas.

The US, which was not a major consumer of Russian hydrocarbons, has already banned its import.

But Europe is much more dependent on Russian oil. The European Union has already said it aims to cut its dependence on Russian gas by two-thirds this year, although Germany is resisting calls for a full boycott, with member states continuing intense negotiations on Sunday.

The G7 held its third meeting of the year via video conference on Sunday, attended by Ukrainian President Volodymyr Zelensky.

The choice of date is highly symbolic: Europeans commemorate the end of World War II in Europe on May 8.

Sunday’s meeting also falls on the eve of the May 9 military parade in Russia, which marks the Soviet Union’s victory over Nazi Germany.

Washington also announced a new round of sanctions against Russia on Sunday in a White House statement targeting two key areas: the media and access of Russian companies and wealthy individuals to leading US accounting and advisory services.

“American companies should not be involved in financing Russian propaganda,” said a senior White House official who requested anonymity and emphasized that these media were directly or indirectly controlled by the Kremlin.

Another line of attack from Washington: banning the provision of “accounting, trust and corporate formation, and management advisory services to any person in the Russian Federation,” the White House said.

Those services are being used to run multinational corporations, but also potentially evade sanctions or hide ill-gotten wealth, the White House official said.

The official stressed that while Europeans had the closest industrial ties to Russia, the United States and the United Kingdom dominated the world of accounting and consulting, particularly through the “Big Four” — the four global audit and advisory giants Deloitte, EY, KPMG and PwC.

Washington also announced new bans on the export of American products to Russia, covering a range of capital goods, from bulldozers to ventilation systems and boilers.

The US announced on Sunday that it would impose visa restrictions on 2,600 Russian and Belarusian officials, as well as sanctions against officials from Sberbank and Gazprombank.