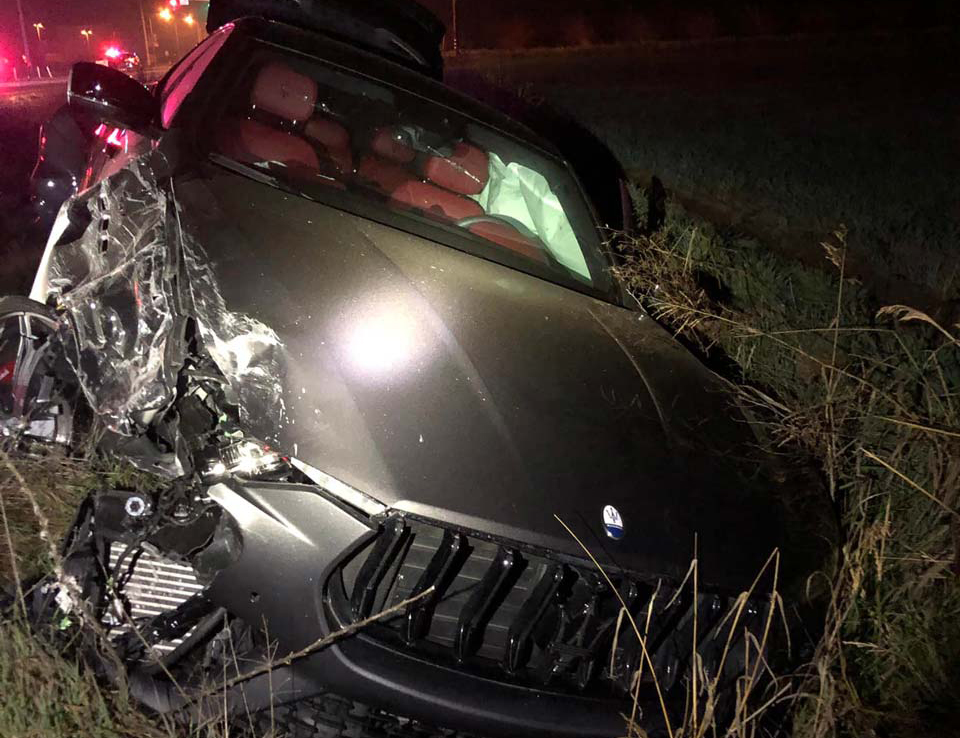 The wife of California cheese magnate Michael Gallo was arranged Monday on charges arising from a four-car crash involving her Maserati.

Lori Gallo, 47, pleaded not guilty in Merced County Superior Court to two felony charges of causing injuries while driving under the influence of alcohol.

The crash happened shortly after 7 pm on Jan. 20 on a Merced road between an orchard and a residential neighborhood.

Gallo, in a 2022 Maserati, was estimated to be traveling more than 125 mph at the time of the crash, the Merced police report said. She reportedly sideswiped a Lexus as she attempted to pass it in the stretch where the road narrowed to two lanes, and then hit a Honda that was stopped at a red light.

The Maserati and the Lexus ended up in a ditch along the orchard. A fourth car was damaged when it hit one of the Maserati’s wheels, which was lying on the roadway.

Three people, including the drivers of the Lexus and the Honda, were injured in the crash, the criminal complaint alleges.

At the time, the police said that Gallo had a blood alcohol content more than twice the legal limit. The charges on which she was arraigned specified only that it was more than 0.08 percent.

Gallo’s next court date is April 21.

Her husband, Michael, is the CEO and co-owner of Joseph Farms, the Central California cheese-making operation started by his father, Joseph Gallo — the younger brother of winemakers Ernest and Julio Gallo.

Julio Gallo was involved in a 1990 crash on Highway 152 east of Gilroy that killed a young San Jose mother. His wife, Aileen, was driving when the couple’s car hit that of Sharon Kauk, her husband and their infant son. Aileen Gallo pleaded no contest to manslaughter charges and was sentenced to probation, community service and fines.

Three years later, Julio Gallo was killed when his Jeep went off a road on his ranch near Tracy.