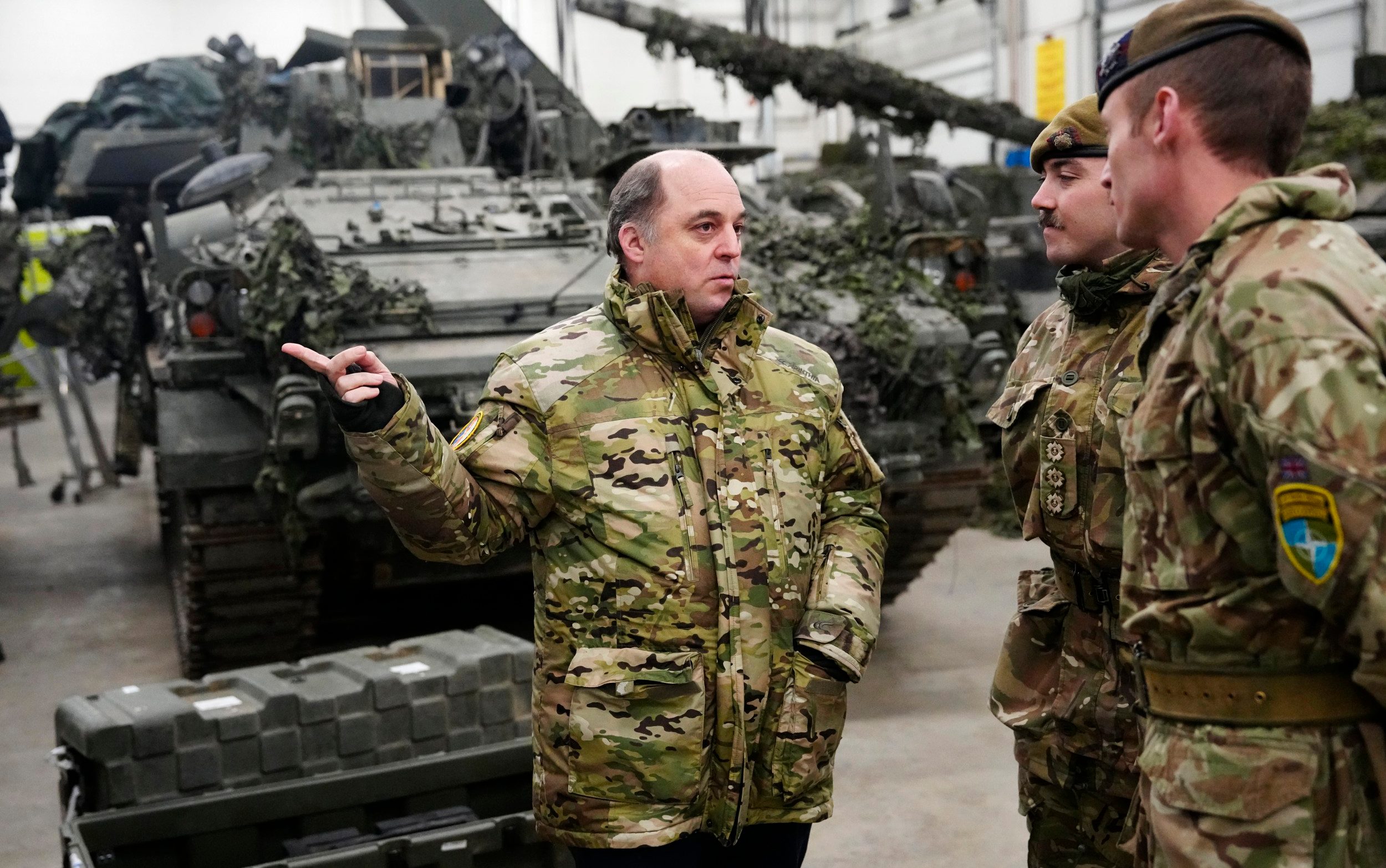 In an earlier speech in Kiev, Zelensky attacked Germany for attempting to hide behind the US for not approving tank deliveries.

“There are times when we shouldn’t hesitate or compare,” he said. “If someone says, ‘I’ll give tanks if someone else also shares tanks’. I don’t think that’s the right strategy.”

“The courage of our warriors…is not enough against thousands of tanks [the] Russian Federation,” he added.

Analysts say tanks are a critical part of any combined-arms offensive to drive Russia out of the occupied territories in eastern and southern Ukraine.

Officials in Kiev fear that without the delivery of at least 100 tanks, they will be particularly vulnerable to another Russian attack in the spring.

It comes as the Washington Post reported that William Burns, the director of the CIA, secretly traveled to Kiev last week to meet with Mr. Zelensky.

Speaking at a Ukrainian donor conference in Estonia, Wallace tried to reassure Berlin by saying it had already provided Kiev with “much more powerful” weapons than tanks.

“Since last February I can say one thing: we did it all together,” Wallace told reporters at the Tapa military base outside Tallinn.

He added: “I don’t think a tank is escalating from a distance when you look at the Himars and M270 effect [multi-launch rocket systems] have delivered.

“There are three countries that have placed those in Ukraine: Germany, Britain and the United States. On one level, they are much more powerful than a traditional Challenger tank or Leopard.”