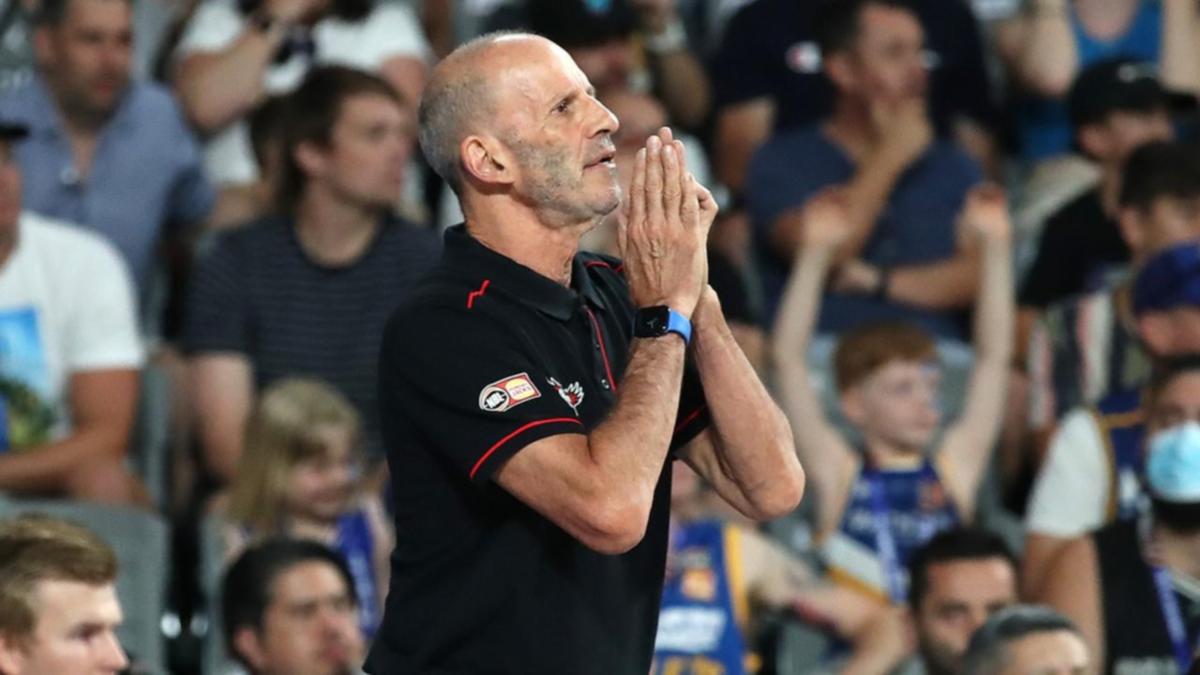 Brian Goorjian has stepped down as coach of the Illawarra Hawks and will play another role at the NBL club.

Jacob Jackomas, a longtime assistant to Goorjian, will take the top job with the Hawks, while the Boomers boss will become a special adviser to Illawarra.

It comes after the Hawks bowed out of the NBL semifinals with a 2-0 series loss to the Sydney Kings.

Jackomas has coached alongside Goorjian for nearly a decade, following him from the Kings to the Shenzhen Leopards and Shanghai Sharks, rejoining him in 2020 with the Hawks.

“I have thoroughly enjoyed my last two seasons with the Hawks, where we performed extremely well and made it to the top four on both occasions,” said Goorjian.

“I am extremely proud of everything we have achieved on the pitch and look forward to helping the club move forward in every way possible.

“The plan has always been for Jacob to succeed me at the Hawks and the club, thanks to the excellent staff and owners, is in an extremely strong position.”

Goorjian, 68, remains in charge of the Boomers as Australia tries to build on the historic bronze medal at the Tokyo Olympics.

“Basketball in this country is as strong as I’ve seen it, which says a lot when I started coaching here at the NBL in 1988,” said the legendary coach.

“All credit to Larry Kestelman and the NBL office, for their outstanding work, especially over the past two years in managing all the disruptions caused by COVID-19.”

Meanwhile, Perth superstar Bryce Cotton will remain with the Wildcats for at least three more seasons after the juggernaut missed the playoffs for the first time in 35 years.

The three-time NBL MVP has played 170 games for the Wildcats after joining the Western Australian powerhouse in 2016.

The 29-year-old scored the seventh most points (3,784) in Wildcats history and is second for the club in three-pointers (499).

Cotton has extended his contract until the end of the 2024-25 NBL season.

“The past six seasons have been great and I’ll get to paint some more on the canvas over the next three years,” said Cotton.

“Bryce has more defensive focus than any player in the league and he takes that responsibility directly,” he said.

“He defies the odds to lead the league by scoring regularly, while constantly creating opportunities for his teammates.”