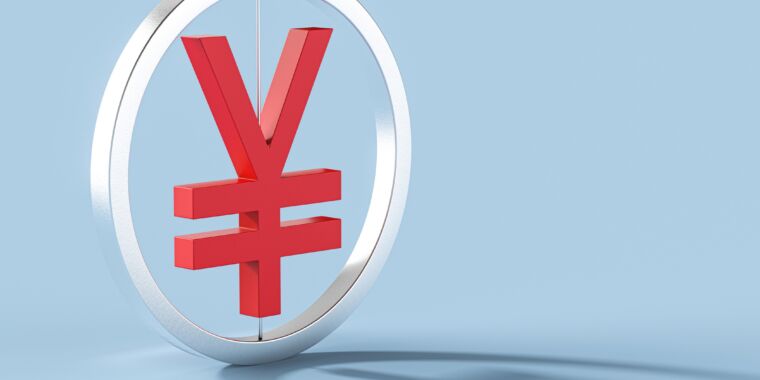 Three Republican senators propose a law banning app stores from selling apps that accept payments with China’s digital currency. The “Defending Americans from Authoritarian Digital Currencies Act” would prohibit app stores in the US from having or supporting an app “that supports or enables transactions in e-CNY”, also known as the digital yuan or digital renminbi. .

The app stores would also be prohibited from supporting or enabling digital yuan transactions. The bill broadly defines an app store as “a publicly available website, software application, or other electronic service that distributes applications from third-party developers to users of a computer, mobile device, or other common computing device.”

The bill was proposed by Sens. Tom Cotton (R-Arkansas), Mike Braun (R-Indiana) and Marco Rubio (R-Florida). “The Chinese Communist Party will use its digital currency to monitor and spy on everyone who uses it. We cannot give China that chance – the United States must reject China’s attempt to undermine our economy at the most basic level,” Cotton said in a press release on Thursday.

Braun said the “digital yuan enables direct control and access to individuals’ financial lives. We cannot allow this authoritarian regime to use their state-controlled digital currencies as a tool to protect our economy and people’s private information.” to infiltrate American citizens.”

Ban could affect WeChat and Alipay

As Reuters reported, the introduction of the legislation comes “after WeChat, a messaging and payment application owned by China’s Tencent with more than 1.2 billion users, announced it would begin supporting the currency earlier this year. Alipay, Jack Ma’s Ant Group’s hugely popular payment app also accepts the digital currencies, both apps are available in the Apple and Google app stores.”

Rubio called China’s digital money a “major financial and supervisory risk” and said “there is no point in tying us to the digital currency of a genocidal regime that hates us and wants to replace us on the global stage.”

Meanwhile, the Chinese embassy in Washington called the legislation “another example of the willful bullying of foreign companies by the United States by abusing state power on the untenable grounds of national security,” according to Reuters.

In March, nine Republican senators proposed a series of reports and standards to study and manage the risks posed by the digital yuan.