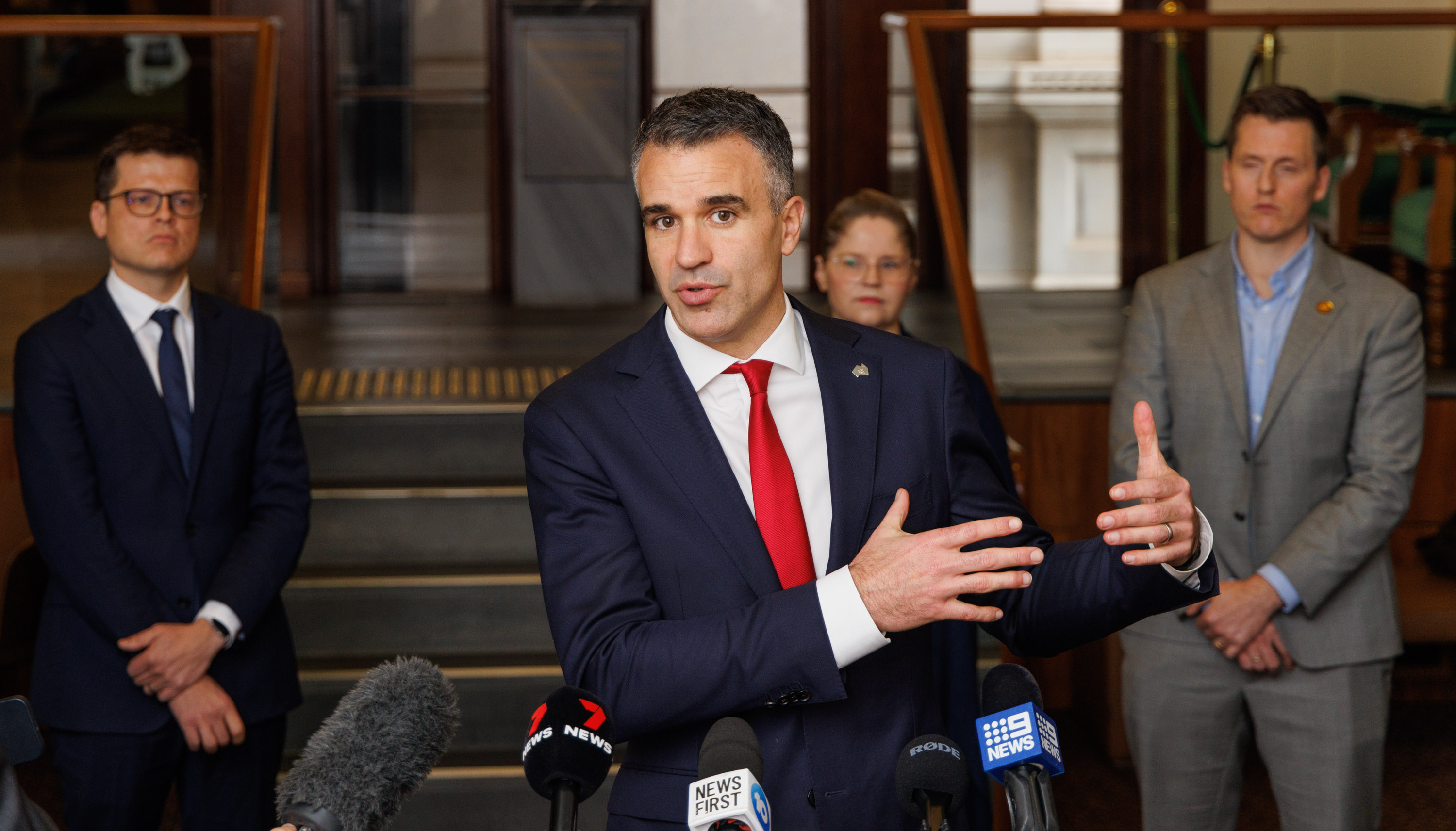 The government will repeal its current law, which sparked a backlash from unions, and introduce new legislation tomorrow, after “very substantial negotiations and discussions” with workers’ representatives and corporate lobby groups over the past week.

“The government has now reached an agreement with both the unions and the business community for a compromise to bring this change through parliament,” Prime Minister Peter Malinauskas told reporters this morning at a press conference attended by several union and business leaders.

“This is the right thing to do. This is what good labor relations look like: unions and businesses work closely with government to ensure we get outcomes that protect the interests of injured workers as well as the interests of business, especially small businesses.”

Malinauskas said the new 2022 Return to Work Act (Sustainability Scheme) would allow workers to receive compensation for cumulative injuries while protecting companies from significant premium increases, by raising the threshold for workers to qualify as seriously injured. .

Earlier this month, the government introduced laws to close an alleged loophole on state return to work by ensuring that workers’ injuries are treated individually rather than cumulatively.

It admitted some workers would be “worse off” under the original law, but said changes were needed to protect companies from skyrocketing premiums.

The proposed laws were introduced following a landmark legal decision in favor of injured truck driver Shane Summerfield, who was permanently injured after a work accident in 2016.

Summerfield was awarded additional compensation for complications from his original injuries, including an ongoing limp and back pain.

The government’s proposed reforms sparked significant backlash from the trade union movement and the Labor government, who last week demanded that the proposed laws be repealed amid concerns wounded workers would be left in poverty.

Business groups claimed that if the legislation were not passed, premiums would rise by 30 percent, leaving employers no choice but to limit wage increases, cut the workforce and cut the number of hours worked.

But this morning Malinauskas said that “a compromise has now been reached” that would allow the “Summerfield principle” to remain, but avoid exorbitant premium increases for business.

“Tomorrow a new bill will be introduced in the House of Representatives,” he said.

“That bill will provide for the enforcement of the Summerfield decision. But it will also see the threshold of seriously injured workers rise from 30 percent to 35 percent.”

Malinauskas said this “will result in a downward pressure on the charge so we can keep the Summerfield principle, but at the same time not see the charge rise above 2 percent”.

“On this model, Return to Work predicts that the midpoint of the break-even premium will be 1.9 percent, not the dramatic increase of at least 2.2 percent,” he said.

Malinauskas said he hoped the bill would pass the House this week to go to the Senate the following week.

“It is our hope that now that broad agreement has been reached between both trade unions and business that we can now enjoy the support of the Senate and I would certainly hope that David Speirs would come to the party and give the Liberal Party support for this legislation so that this issue can be addressed,” he said.

Malinauskas said the government has also committed to a review of the administration of the scheme, including a “close analysis” of what other states are doing for improvements.

“And then, five years from now, in 2027, the government is committed to a broader review of the scheme,” he said.

SA union secretary Dale Beasley said that “adherence to the Summerfield principles is a significant improvement on the situation workers faced two weeks ago”.

“It’s certainly not perfect; I don’t think we should have gotten to this point,” he said.

“Hopefully, when we face such challenges in the future, the government will open the dialogue much earlier and hopefully before any legislation is on the table.”

Shopworkers’ union secretary Josh Peak said: “There is no doubt that this new proposal is a significant improvement on the legislation that was in Parliament a fortnight ago and means that our worst injured workers will be protected from further changes.” “.

“Not everything about this plan has our beneficial support, but we believe this proposal represents a significant improvement over the previous bill,” he said.

Secretary of State Elizabeth Dabars of the Australian Nursing and Midwifery Federation said: “This has been a particularly harrowing experience for the workers affected”.

“We don’t like every aspect of this legislation. We think the workers will still be negatively affected in the end, but that said, it’s a huge improvement from what was presented to us two weeks ago,” she said.

“We’re looking forward to the root and branch review we’ve asked for.”

Martin Haese, CEO of Business SA said: “Business SA called on the former Marshall government to address this issue in 2021. They chose not to, so at that level we commend Prime Minister Malinauskas for leading this change.”

“However, let’s not forget that business has been the victim of an extreme disruption in the past two years,” he said.

“What we, on behalf of the business community in South Australia, do not want to see is a significant increase in return to work premiums. So a lower premium for employers in this extremely uncertain environment is a better premium.”

Australian Hotels Association SA boss Ian Horne said: “We endorse the position that Business SA has taken on behalf of a number of organisations”.

“Our industry has suffered the brunt of COVID for at least two years… the last thing our members need… is the threat of escalating compensation for employees,” he said.

“So we also call on the crossbench and the opposition to work with the government to get this legislation through as a matter of priority.”

In a statement to inDaily, Opposition leader David Speirs did not say whether Liberals would support the new bill, but accused Labor of “running policy on the run”.

“Peter Malinauskas succumbed to union pressure and tried to claim his backflip as a brilliant midnight deal when, in fact, he was forced to clean up his own mess,” he said.

“This is like an arsonist who sets his own house on fire and then gets credit for putting out the fire.”