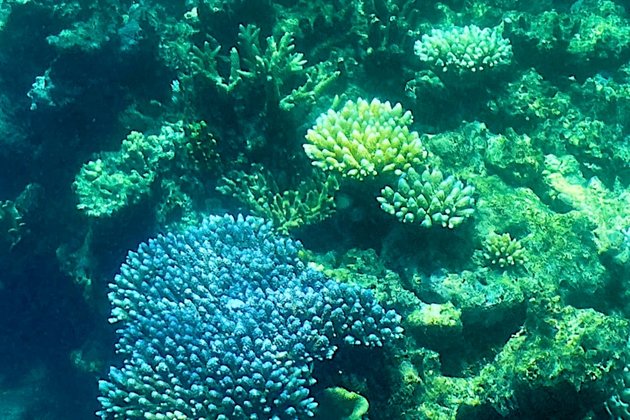 Sydney – For the fourth time in seven years, the authority overseeing one of Australia’s greatest natural treasures has reported widespread bleaching on the Great Barrier Reef.

This happens when the sea is too warm for too long. It forces the coral to expel microscopic symbiotic algae that give it the most energy and color.

Reefs can recover from bleaching, but it can take years. If the water temperature does not return to normal, the coral may die. Large parts of the reef died from mass bleaching in 2016 and 2017.

Officials say it’s happening again. They hope it won’t be as destructive as previous years, but serious threats remain.

David Wachenfeld, chief scientist with the Great Barrier Reef Marine Park Authority, said reefs around the world are under pressure.

“Often the Great Barrier Reef is used as a poster for the effects of climate change on coral reefs,” he said. “And I totally understand that, but climate change is a global problem. It needs a global solution, and that’s all the coral reefs in the world that are under threat.”

The United Nations is assessing the impact of global warming on the Great Barrier Reef, as well as local threats, including pollution and overfishing.

In Canberra, the government has maintained that it is the “best managed reef in the world” and that multi-million dollar programs are increasing its resilience.

However, conservationists argue that Australia needs much more ambitious plans to curb its carbon emissions.

The Australian Marine Conservation Society (AMCS) said on Wednesday that during a La Nina event, which is a naturally occurring weather cycle, eastern Australia will see increased cloud cover and rain that should have been “a welcome reprieve for our reef” from warmer ocean temperatures.

However, an AMCS spokesperson warned that bleaching was “increasingly common” and that this was “not normal.”

The Great Barrier Reef runs 2,300 kilometers along the northeast coast of Australia and covers an area the size of Japan.