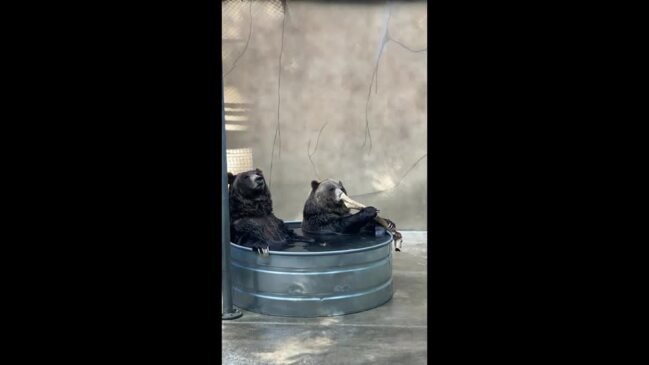 Two grizzly bears enjoyed a relaxing bath while munching on moose antlers at the Memphis Zoo in Tennessee, as seen in images released on June 7. Video released by the Memphis Zoo shows the bears, named Cochise and Yukon, with the moose antlers. The zoo said the antler enrichment helps bears practice chewing. It says the antlers were shed last year and given to the bears to enjoy. Credit: Memphis Zoo via Storyful