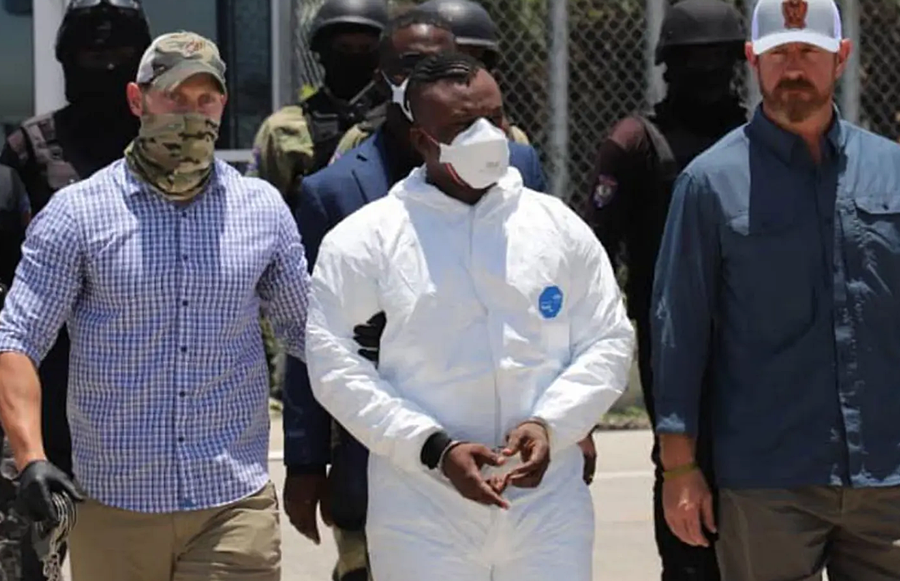 WASHINGTON, DC — On Tuesday, May 10, 2022, a Haitian citizen was indicted by a federal grand jury in the District of Columbia with hostage-conspiracy charges for his role in the armed kidnapping of 16 U.S. citizens in Haiti in the fall of 2021. The victims were Christian missionaries serving in Haiti and most of them were held for 61 days before escaping.

The indictment accuses Joly Germine, 29, aka “Yonyon,” who is described as a leader of the 400 Mawozo gang. He is the first defendant to be charged in connection with the kidnapping of the missionaries. Germine was previously charged with firearms trafficking in a separate case in the US District Court for the District of Columbia. The Haitian government transferred Germine from a Haitian prison to U.S. custody on May 3, 2022 based on an arrest warrant in that case, and Germine has been detained in the District of Columbia ever since.

“This case shows that the Department of Justice will be relentless in our efforts to track down anyone who kidnaps a US citizen abroad,” US Attorney General Merrick B. Garland said. “We will use the full reach of our law enforcement agencies to hold everyone accountable for undermining the security of Americans everywhere.”

“Today’s indictment shows that the United States will not tolerate crime against our citizens, here or abroad,” said FBI Director Christopher Wray. “The FBI will continue to work aggressively with our international partners to keep our citizens safe and bring perpetrators to justice.”

“These charges are a step toward justice for the victims who volunteered their services in Haiti when they were kidnapped and held for weeks,” said Matthew M. Graves, U.S. Attorney for the District of Columbia. “Together with our law enforcement partners, we are committed to holding accountable those who perpetrate violence against Americans abroad to achieve their own goals.”

The charges relate to the October 16, 2021 kidnapping of 17 Christian missionaries near Port-au-Prince, Haiti. Sixteen of the kidnap victims were US citizens, including five children, one as young as eight months old.

Germine will appear in the US District Court for the District of Columbia for the first time tomorrow.

The charges in the indictment are only accusations, and each defendant is presumed innocent unless and until proven guilty beyond a reasonable doubt in a court of law. If convicted of any offense, a defendant’s sentence will be determined by the court based on the advisory guidelines for convictions and other legal factors.

The case is under investigation by the FBI’s Miami Field Office. The Haitian National Police provided valuable assistance. The case is being pursued by US Assistant Attorney Karen P. Seifert, with assistance from paralegal specialist Jorge Casillas and US Assistant Special Attorney Hunter Deeley, of the US Attorney’s Office for the District of Columbia.