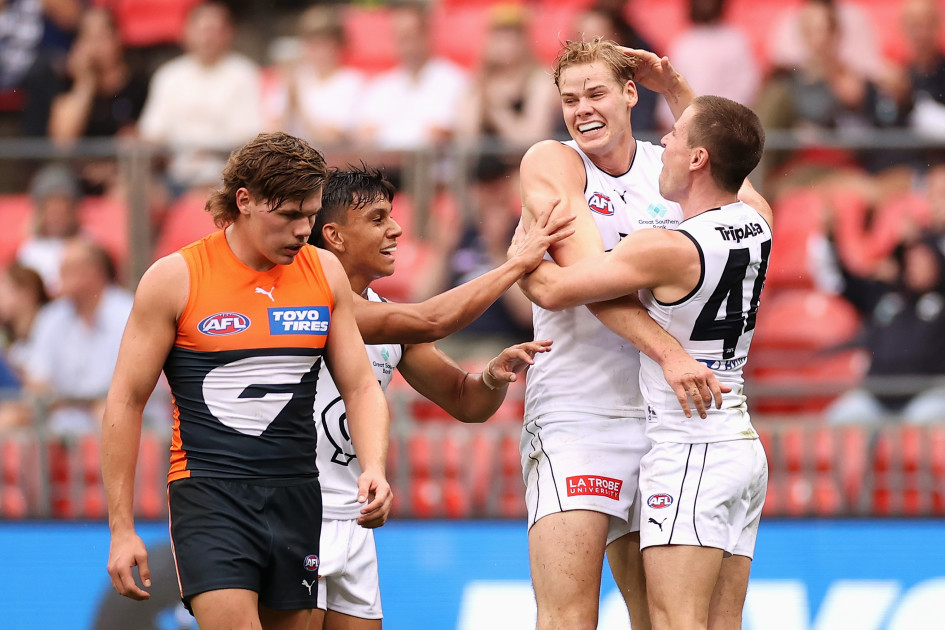 Outgoing GWS coach Leon Cameron has been forced to resign in defeat as the Giants were unable to finish the job against Carlton at home on Sunday afternoon.

With a final score of 105 – 75 in favor of the Blues, it was GWS that failed to keep up with Michael Voss’ squad in the final period as the 7-2 outfit pulled back to win.

At halftime, it looked like Cameron could be evicted a winner as the scores tied, but Carlton would slowly try to gain control of the game in their favor before breaking open the game in the latter.

After 180 games the boss, SENs Sam Hargreaves says the outgoing coach “deserved better” than the eventual loss of five goals.

“He pulled the pin during the week, it would have been oh so nice to start with a win after 180 games at the helm of the Giants.

“But they can’t deliver one against an undermanned Carlton outfit.

“Carlton has completely dominated midfield in the fourth quarter.

“All the best Leon, you deserved better than this today.”

Another key to victory for the Blues was air down, as Jacob Weitering and Lachie Plowman narrowed the Giants to just five marks within 50.

For the Giants, Josh Kelly (one goal, 36 disposals) and Harry Perryman (one goal, 24 disposals) fought well in their coach’s final game.

As they continue to win, Carlton’s injury list was replenished when former Giant Zac Williams went down with a lower leg injury. The club hope the concern is just a lower leg issue as an Achilles tendon would rule him out for the rest of the season.

For GWS, medical substitute Bobby Hill was injected in the final quarter of the game when Connor Stone got ice on his hamstring.

Carlton will look for their eighth win out of 10 games when they host Sydney at Marvel Stadium on Friday, while GWS hosts West Coast in the first game of interim coach Mark McVeigh on Sunday.