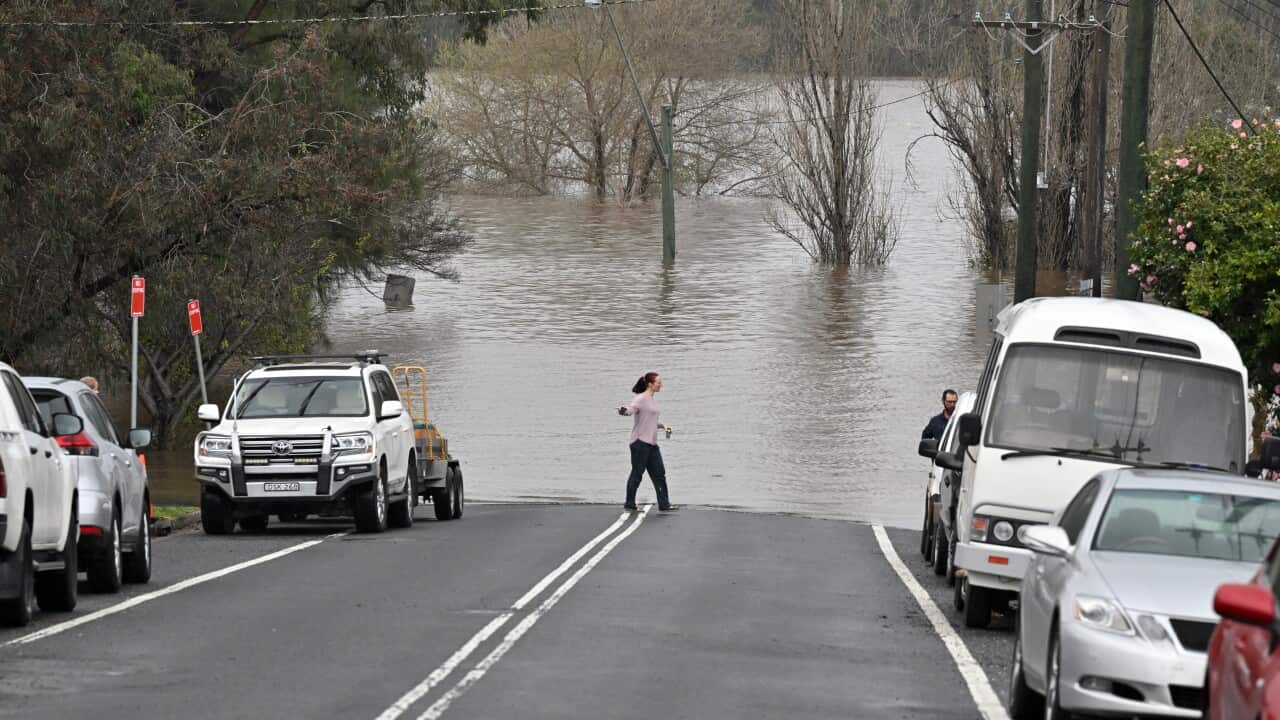 A man has been the first to be killed in the latest flood in New South Wales as authorities urge people in at-risk communities to evacuate early.

Emergency services attempted to rescue the unidentified man near Parramatta River, who was reportedly kayaking when he drowned. Despite the best efforts of the police and sea rescue personnel, the man died on the spot.

A bystander also tried to save the man. NSW Police said authorities are trying to identify him. A report is being prepared for the coroner.
Meanwhile, NSW residents are bracing for more heavy rain and flooding as dangerous downpours continue overnight.
Areas stretching from Newcastle to the south coast and as far inland as Oberon are at risk, especially the Hawkesbury-Nepean flood-prone area in western Sydney.
Steph Cooke, NSW emergency minister, warned affected communities not to take their safety for granted.

“If you were safe in 2021, don’t assume you’re safe tonight. This is a rapidly evolving situation and we can see areas affected that we haven’t seen before.”

The NSW SES urged people to stay safe, and those in flood-prone areas to avoid unnecessary travel if the rain continues.
Assistant Commissioner Dean Storey said 137 flood rescues have taken place and SES members have responded to more than 3,000 requests for assistance.
“In many areas it is still an evolving flood situation and we may see more rain than originally predicted,” he said.

The wet weather system is expected to move south along the Hunter, Central and Sydney coasts over the next 24 hours.

A coastal valley that has persisted since Friday deepened as a low-pressure system on the east coast formed off the Mid North Coast. Jane Golding of the Bureau of Meteorology said thunderstorms are also expected, potentially causing more rain and flash flooding.
The agency has issued flood warnings for the Hawkesbury, Nepean and Colo rivers, where levels in some parts of these watersheds are already higher than earlier this year.
Camden in the far south west of Sydney will take a beating, Ms Golding said. “Tonight is at its worst.”
WaterNSW said its modeling showed that water flowed out of the dam at a rate of about 240 gigaliters per day and entered the dam at about 380 GL per day, with both numbers expected to increase as rainfall increases.
The agency’s modeling indicated peak discharge would be comparable to flooding in March last year.
The Hawkesbury-Nepean River exceeded major flooding on Saturday night and discharges from the dam could contribute to further surges.

The agency warned that river heights could reach those of March this year in North Richmond and Windsor.

Residents in a number of areas have been ordered to evacuate, but Emergency Aid Minister Steph Cooke said people should not wait to be told to leave.

“If you feel uncomfortable or unsure about your circumstances, and there is an opportunity to leave earlier, don’t necessarily wait for an evacuation order,” she said.

SES Commissioner Carlene York said the agency has conducted 29 flood rescues in the past 24 hours.
The situation deteriorated so rapidly overnight that several areas had to be evacuated without the usual warning.
Ms York said locals should monitor the situation while also checking for SES warnings to evacuate.
“Be prepared and be aware of your surroundings so you can make a wise and safe decision,” she said.

The SES was joined on Sunday by 100 members of the Australian Defense Force, who helped sandbag and knock on communities to warn of flooding threats.
“At this stage we’ve asked them to really focus on the Hawkesbury-Nepean Valley area, which seems to be the big risk,” Ms York said.
Jane Golding, the agency’s risk preparation and response manager, said a coastal trench that has persisted since Friday deepened as an East Coast low-pressure system formed off the Mid North Coast.

“That has caused some extraordinary rainfall in the last 24 hours … in many locations has been seen up to 200mm and some close to 300mm,” she said.

The weather system is expected to move south along the Hunter, Central and Sydney coasts in the next 24 hours.
Thunderstorms are also expected, with possible more rain and flash flooding, Ms Golding said.
People are being told to avoid non-essential travel, including public transport, as some roads are already flooded and others are at risk of flash flooding.
The latest NSW SES alerts can be found †

Eviction orders in effect for:

Moderate to major flood forecast for: