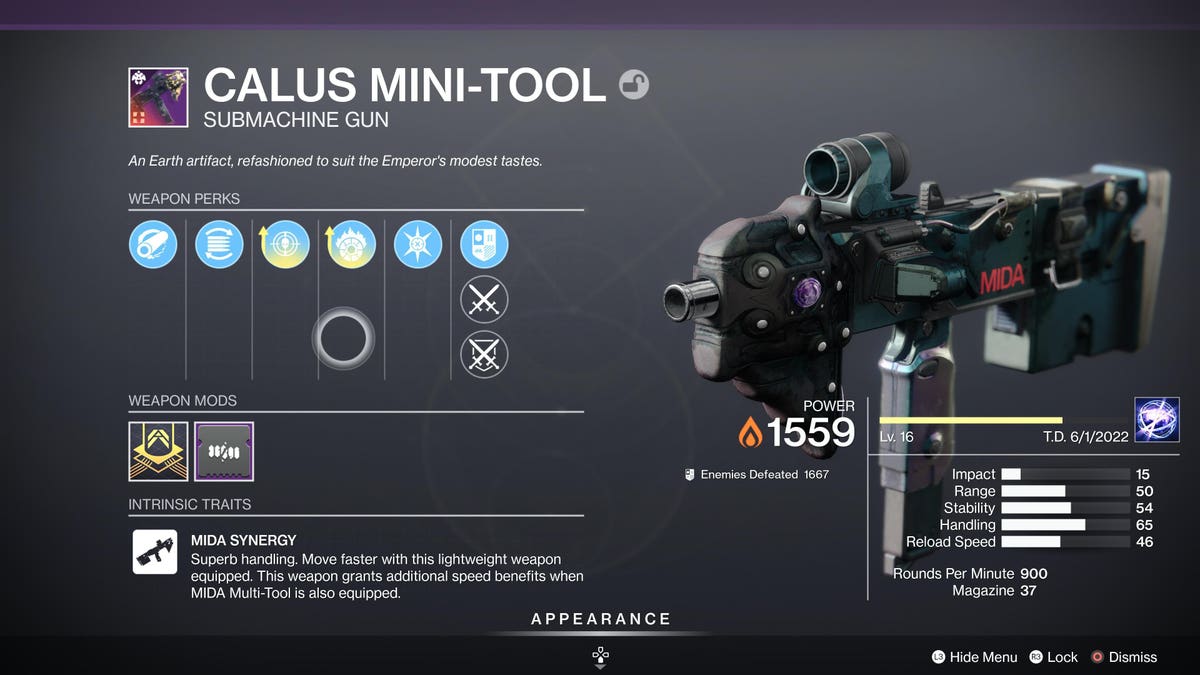 Destiny 2 has brought back almost all of its beloved Menagerie weapons, but with old godrolls, new godrolls, and the ability to craft them. As such, it can be difficult to know where to start, hence the guide I’m creating here on what you probably want to pursue.

I’ve already written a separate guide on how to get red frames for crafting which mainly revolves around spamming the “cheap” focus option until you’ve filled 5 frames on a few of them, but of course you can also get great rolls from Opulent Chest drops.

In this guide, I’m only doing the four from the season of the Haunted, because the other two, the fusion and the machine gun, are technical dungeon weapons, which is a separate guide. So, what’s on deck?

Threat Detector or Grim/Light Bulb – You may have noticed that the divine sun benefit falls on many things, namely Glowing, which spreads scorch marks to enemies. Not only does it burn through mobs, but it can also activate fragments to reduce class abilities and melee cooldowns. I have Threat Detector on mine which you can really notice in most combat situations. Others prefer Unrelenting for its healing abilities.

Threat Detector/Surrounding – These two work well together, and remember that Surrounded spec exists for even more damage. Still hard to lose the burn.

Grave Robber/Light Bulb or Surrounded – Considering how often you spam melee attacks on Titan and Hunter, especially in this meta, Grave Robber is actually a pretty solid option for this.

Outlaw/Rampage – I mean, is there any more classic combo? The old god scroll is still alive, and it’s my go-to for PvE. With crafting, it can now also be improved for faster speeds and longer timers.

Eye of the storm/opening shot – This is quite a wild PvP role that you will see a lot. Makes it a blast and incredibly sticky in firefights.

Snapshot / Rangefinder – This takes PvP capabilities in a different direction with faster aiming and longer range.

Surplus or Snapshot/Light Bulb – Look, it’s just hard not to put Lightbulb on anything it can roll, including this. This makes it a mini Cloudstrike, given the mobs it can flare.

Well-rounded or source/bulb What, did you think I wouldn’t put Light Bulb on this too? Same mob clearing potential as CALUS, but with worse perks in the first column. Well-Rounded will be a stat boost with skill spam, Wellspring would fill those skills instead.

Eye of the Storm/Rampage of Zen Moment – This is a PvP duel role where you can choose between Rampage’s damage stacks or Zen Moment’s stability. I suppose another first choice could be Moving Target for extra stickiness.

There you have it. Go hunting. It may take a while.