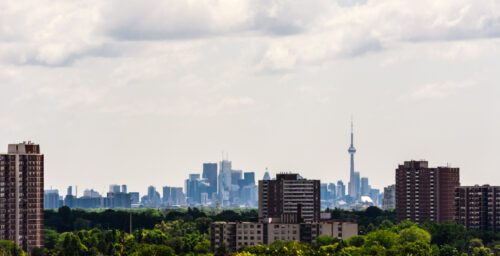 With home prices falling and sales stalling, homeowners and potential buyers alike are wondering what the post-pandemic real estate market will look like.

A new report from Desjardins Economic Studies suggests that while the situation will vary from province to province, what goes up must come down. The parts of Canada that saw the biggest rise in home prices during the pandemic will also feel the biggest losses.

In the months since, prices across Canada have fallen rapidly. In March, they fell 2.6% month-on-month and fell 3.8% in April. Sales of existing homes have also fallen. They fell 5.9% in March and fell a dramatic 12.6% in April.

“While two months of data don’t make a trend, we think they suggest the Canadian housing market has reached an inflection point,” the report reads.

In Ontario, the national trend will be at the local level.

Desjardins predicts that the correction in Ontario’s housing market will be led by a decline in prices and sales activity in smaller centers outside major metropolitan areas.

Communities within a few hours’ drive of Toronto are likely to see sales activity and prices fall the fastest as borrowing costs rise and commuting becomes more common.

Bancroft is expected to see the biggest drop — at its peak, the city saw home prices rise a whopping 185% over December 2019. Chatham Kent and Windsor-Essex will also see significant declines over the next year and a half, as will Tillsonburg and Woodstock-Ingersoll. 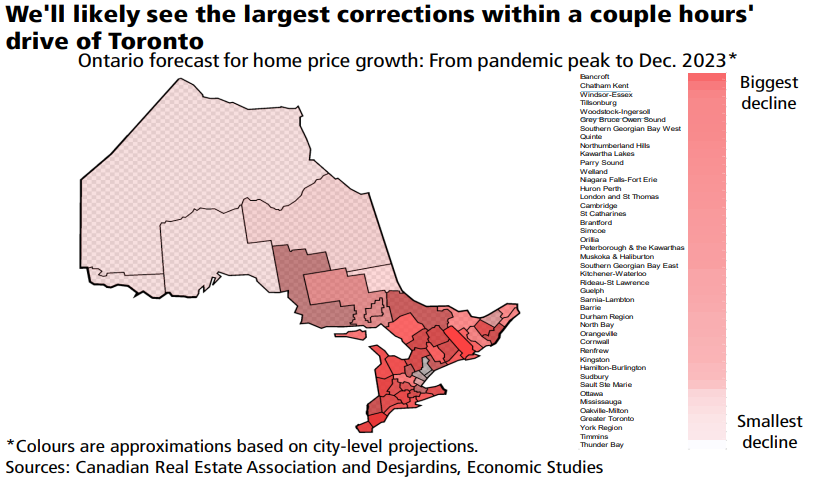 Desjardins expects Thunder Bay to experience the smallest drop in house prices. Timmins and Oakville-Milton are included in the bottom five, as are York Region and Greater Toronto, the areas people fled in search of space.

While Desjardins expects house prices in Ontario and across Canada to continue to fall, they will remain above their pre-pandemic levels through December 2023.

Most counties can expect a 10% to 20% correction — 18% in Ontario — by the end of next year, but the report notes that even the areas with the biggest valuation changes won’t lose all of the equity capital made during the pandemic.

“As such, the expected correction should bring more balance to the Canadian housing market,” Desjardins said.