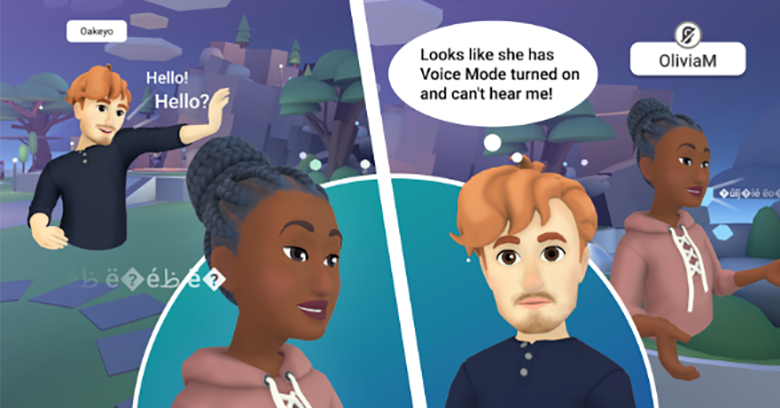 Meta is adding a new “voice mode” to Horizon Worlds that will distort any non-friend’s voice chat on the social VR platform, the company has announced. By default, you’ll still hear all nearby users at the same volume, but turning on the “unreadable voices” switch will replace them with “unintelligible, friendly sounds.” According to Meta, the feature will be rolled out in the coming weeks.

According to a screenshot of the switch shared by Meta, the feature can be used to “make users feel more comfortable or more secure.” It follows a series of reports of harassment users have experienced on the VR social platform, which came out of beta late last year. In February, Meta introduced a “personal boundary” system that is enabled by default and prevents other users from entering your personal space.

When you use the voice mode to distort the speech of the people around you, an icon appears above your display name to indicate that you cannot hear what strangers are saying. But if you want to temporarily disable them, you can do so by raising your in-game hand to your ear with a motion controller.

Interestingly, Meta’s screenshot of the Voice Mode feature shows it alongside a separate toggle that lets you completely mute non-friends. Presumably as a compromise, it’s meant to still let you hear their voices in a distorted form, so you can still hear the general social hubbub of a room without being subjected to potentially offensive comments from strangers.

Meta announced the new security feature alongside the service’s launch in the UK. The country is the third country to see the release of Horizon Worlds, alongside the US and Canada. The VR social platform is an essential part of the company’s pitch for its metaverse future, giving creators the ability to build their own levels for other players to experience.