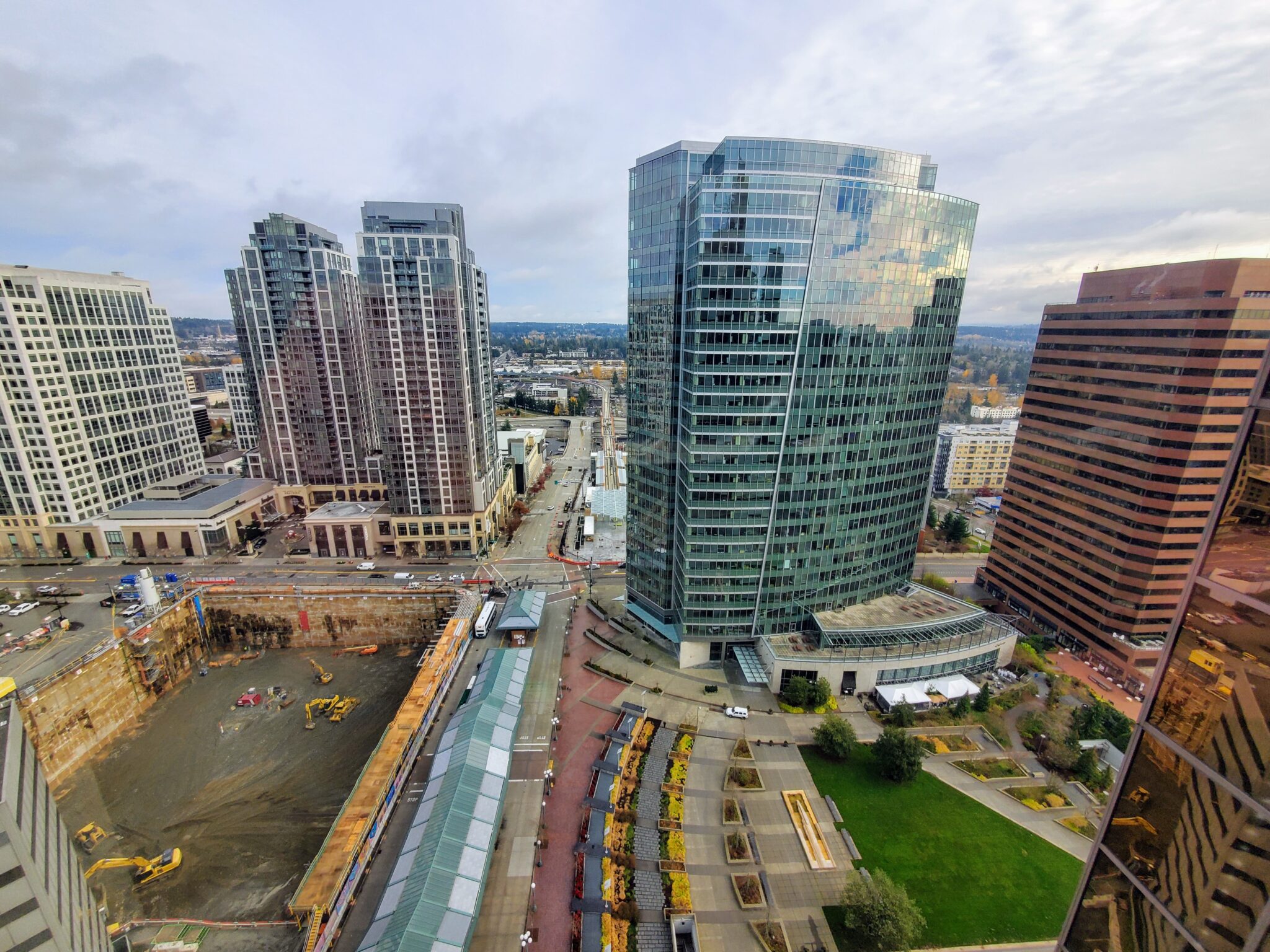 Comparing Silicon Valley and Seattle has become something of a regional pastime in the Pacific Northwest.

But the equation could be more accurate if pointed a few miles east, across the shores of Lake Washington to where Bellevue multiplies. Because historically, the rise of the east side closely resembles San Jose’s trajectory in Silicon Valley.

“Bellevue has a lot in common with a place I talk and write about a lot,” said tech historian Margaret O’Mara, speaking at a Bellevue Downtown Association event last week. “And I can’t say that of many places.”

The place O’Mara was referring to is, of course, Silicon Valley.

“The intersection between massive urbanization and defense spending in both the Seattle and Bay Area areas is a very important parallel, and also helps explain why these places became early technology hubs,” said O’Mara, a professor at the University of Washington known for its work focused on the rise of Silicon Valley.

Bellevue is hardly an underdog when it comes to technology. It houses high-profile offices for T-Mobile, Facebook, Microsoft and – increasingly in recent years – Amazon. And while Seattle struggles with crime and political battles, Bellevue also looks like an attractive home for some other tech companies.

But despite recent headlines about companies landing in Bellevue, the city’s history with technology goes way back — just like it does in the Bay Area. In his speech last week, O’Mara outlined the factors that turned both Silicon Valley and the east side into tech hubs.

In the Bay Area, the federal government has poured huge amounts of defense money into aerospace companies like Lockheed. In the Puget Sound region, that was Boeing. Those companies acted as magnets for engineers and their families (Steve Wozniak’s father was a Lockheed engineer) — and O’Mara noted that the children of the defense spending boom are often credited with kick-starting the tech industry in the second half of the 20th century.

Take, for example, the 1962 World’s Fair in Seattle, which focused on the technology of the future.

“Children from Seattle and Bellevue came to the fair,” O’Mara said. “They rode the Monorail, they saw the future, and because of that they were changed.”

“And 17 years later, those kids, mostly adults, came back here and their small company, Microsoft… moved to Bellevue,” O’Mara said. “And the rest, as they say, is history.”

But the story of the rise of the East Side isn’t quite a story of wide-eyed children dreaming big. Like most of the country’s history, there is also an ugly undercurrent of racism. Historians, including O’Mara, have noted how forced bus transportation in Seattle led to what is commonly referred to in the region as “white flight,” with wealthy white families moving across Lake Washington to suburbs to avoid social changes caused by desegregation efforts.

Now Bellevue and the surrounding eastern suburbs are writing a new chapter — one that will ripple well into the future, O’Mara said last week.

One thing O’Mara said she emphasizes when speaking with communities who want to mirror Silicon Valley: Don’t try to imitate any other place.

“We can learn a lot from their experience,” she says. “But there’s probably quite a bit Silicon Valley can – and should – learn from Bellevue. Because frankly, when it comes to urban housing offerings, densely walkable residential areas, a mixed-use center bustling with rich urban amenities, Bellevue is way ahead. When it comes to regional public transportation system, transit accessibility, Bellevue is way ahead.”

The increased opportunities for remote working have left the future of office-heavy urban centers uncertain. But O’Mara said if anything, the pandemic’s work-from-home mandates have taught us more about the value of personal connection.