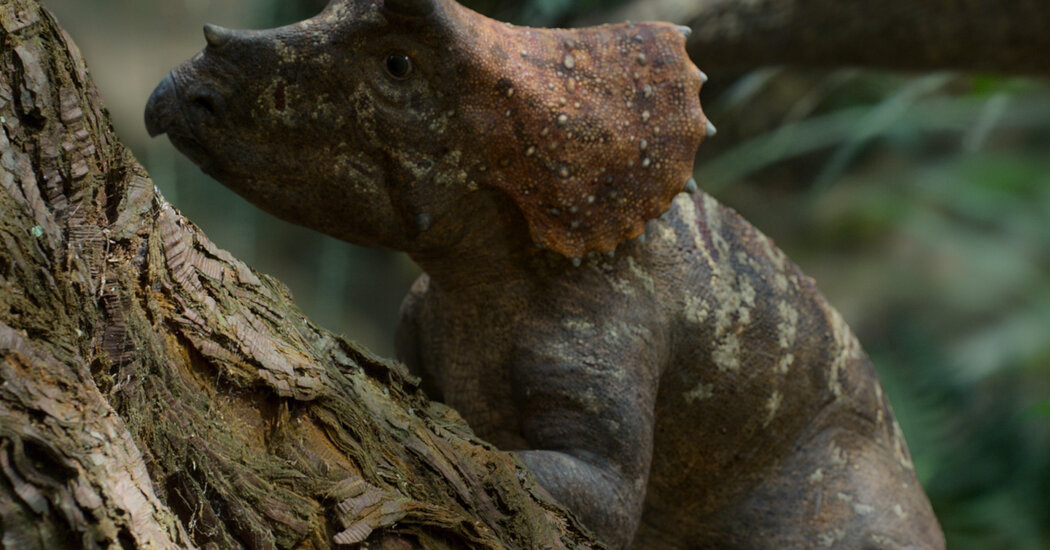 This weekend I have… an hour, and I love nature docs.

This five-part series about dinosaurs has a strong “Planet Earth” aesthetic: it’s full of nervous blinks of fearful creatures, moments of poignant maternal care, the sounds of rustling leaves and bitter wind, a wise acceptance of the predator-prey dynamics. . The dedication to CGI realism is so powerful that when a herd of triceratops meander through a dark cave, it is depicted in fake night vision, with gray colors and glittering eyeballs. Wild! Lil’ cute baby dinosaurs abound here, and narration by David Attenborough and a score by Hans Zimmer push things into a lush, meditative zone.

In 1954, Joe Papp founded what would become the Public Theater and championed a new way of thinking about American theater as wider, more diverse, and more direct. This documentary follows his life and work, as well as the dueling lures of vitality and volatility. “Five” is a bit loose in time; this is his broadcast debut, but it was released more than ten years ago, and some of his interviews were obviously done several years before that. And yet Papp’s questions about the relationship between art and capitalism, about the premise of a public theater — and, really, the premise of an audience — feel at least as fresh and urgent as they did 60 years ago.

When to watch?: Now, on Netflix.

Maybe the doldrums of revival/reboot culture will be worth it if it means we get a new season of “Borgen”. This clever Danish political drama captures the ouroboros of cynicism and idealism with texture and dynamism…and a fair amount of cuddling. The new season, the fourth (in Danish, subtitled or dubbed), starts about ten years after we stopped. Former Prime Minister Birgitte Nyborg (Sidse Babett Knudsen) is now Foreign Secretary whose work takes on new meaning as the discovery of oil in Greenland shakes up international relations. Borgen is a performance about consequences, about the romantic, terrifying idea that the decisions we make have real consequences. Start with Season 1 and enjoy the ride. Fans of “Mrs. Secretary”, don’t run, walk.