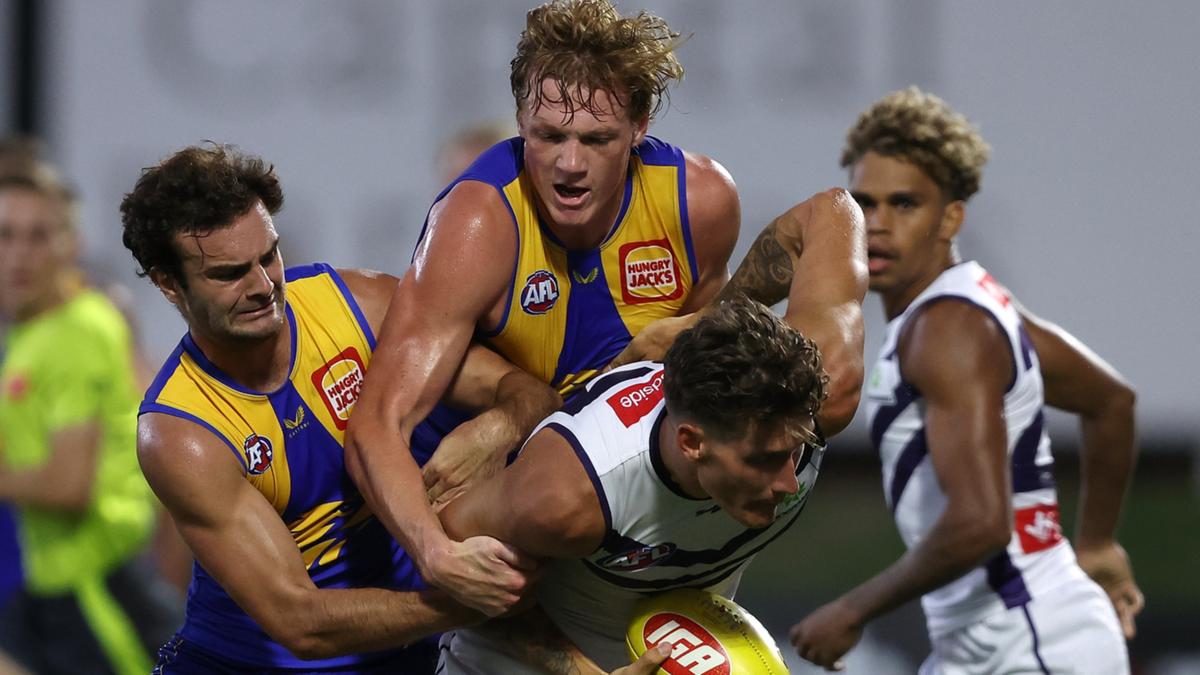 Hugh Dixon has taken a big step toward a remarkable round one call-up, with West Coast locking in the former Docker as a pre-season supplemental selection period addition.

Having earned Adam Simpson’s praise as his club’s best in the Eagles’ pre-season opener last week, Dixon secured a rookie contract as he looks to make the most of his AFL comeback.

Dixon played his solitary senior game for Fremantle in the last home-and-away round of 2019. Two-and-a-half years on, the 23-year-old key forward – who can also pinch-hit in the ruck – is in the box seat to line up in West Coast’s season opener amid a battered forward line that will be missing the likes of Jack Darling, Oscar Allen and Jamie Cripps.

“We have been impressed with Hugh’s approach to winning a place on our list and he could not have done any more to convince us that he deserves this chance,” Eagles list manager Rohan O’Brien said.

“He was among our best in the practice game last Friday night and we think he has a lot to offer.

“He turned 23 just last week, has been in the system previously and understands the demands at the elite level.

“Hugh has settled in nicely at the club and certainly the other players were rapt for him when they were told he would be added to our squad.”

The 197cm Dixon booted 19 goals in nine games for East Fremantle last year, including a bag of five in his final WAFL outing.

Dixon joined a running club and shed around eight kilograms to bolster his chances of an AFL return.

It comes as the Eagles eye another delisted AFL player to fill a list spot for their decimated midfield, with former Richmond ball-winner Patrick Naish flying into Perth on Thursday morning.

Naish could feature as early as Sunday’s second pre-season game against Fremantle, which is set to be moved from Fremantle Oval to Optus Stadium.