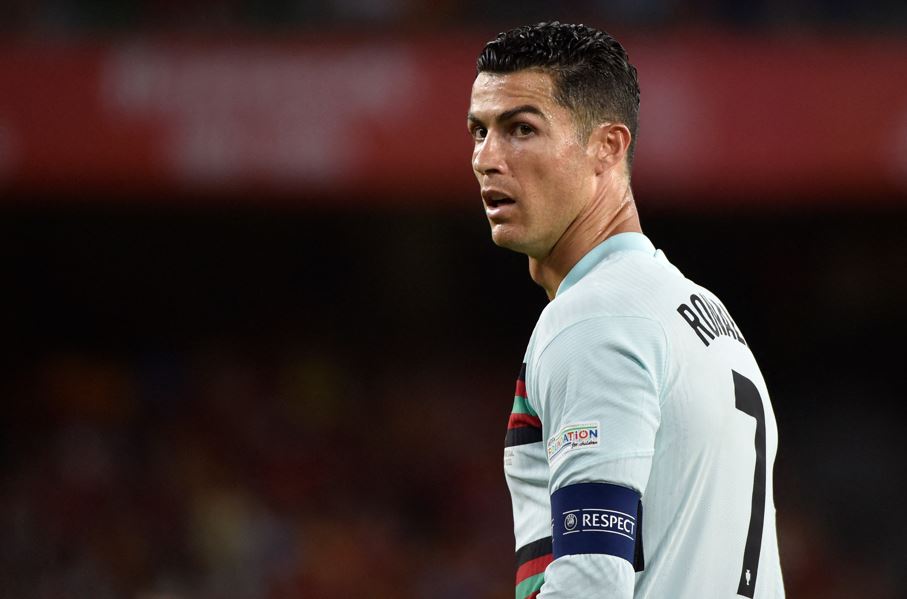 Portuguese coach Fernando Santos has defended his decision to drop Cristiano Ronaldo from the starting line-up for their first Nations League game against Spain.

He pointed out that he “deliberately did not pay, mainly for technical bills.” Ronaldo, the record scorer for his country, joined in the 62nd minute, but failed to find the net after Ricardo Horta equalized for Portugal to end the game with a score of 1-1.

“Cristiano Ronaldo? They often ask me why he starts the game. It’s a million dollar question. I realized in this game it was better to push the players I used to play,” Santos said after the game From yesterday.
Santos said Ronaldo’s exclusion was not due to his level, after the 37-year-old had a strong season at Manchester United, scoring 24 goals in all competitions.

“It was a technical and tactical choice for this match. It seemed to us the best solution, the best for the way we wanted to play and handle the match. It has nothing to do with Cristiano’s level of performance, it does not stand under discussion,” he said.
“There are moments in the game when you have to think differently. We thought he could come in the second half and win the game for us.”

Alvaro Morata gave Spain the lead in Seville, but the hosts failed to capitalize on their chances in the second half and Jordi Alba missed an opportunity to take the win in the closing minutes. Portugal will play its next game against Switzerland on Sunday, while Spain travels to Prague to face the Czech Republic.