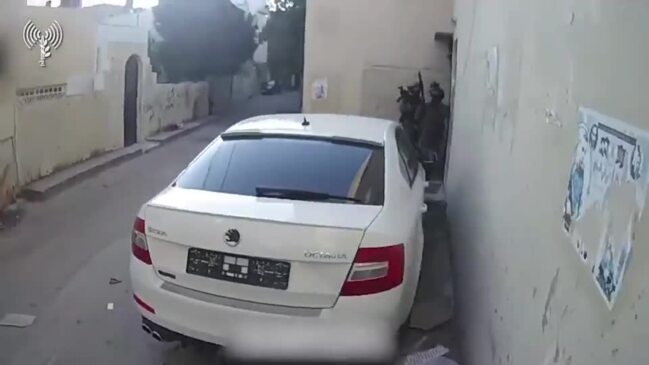 Israel Defense Forces (IDF) released bodycam footage Wednesday showing soldiers amid gunfire in Jenin, the West Bank, and said it was investigating the death of Shireen Abu Akleh, an experienced Al Jazeera journalist, in the area. Palestinian officials on Wednesday morning confirmed Abu Akleh’s death, accusing them of “the criminal occupation of Jenin.” Israeli Prime Minister Naftali Bennet later tweeted that Palestinian gunmen had opened “inaccurate, uncontrolled and indistinguishable” fire in Jenin. The IDF said on its website that its forces were present in Jenin on Wednesday and opened fire in response to “dozens” of armed terrorists. In a Twitter thread accompanying the bodycam footage, police said it was “not possible to determine from which shooting she (Abu Akleh) was hit.” Credit: IDF via Storyful