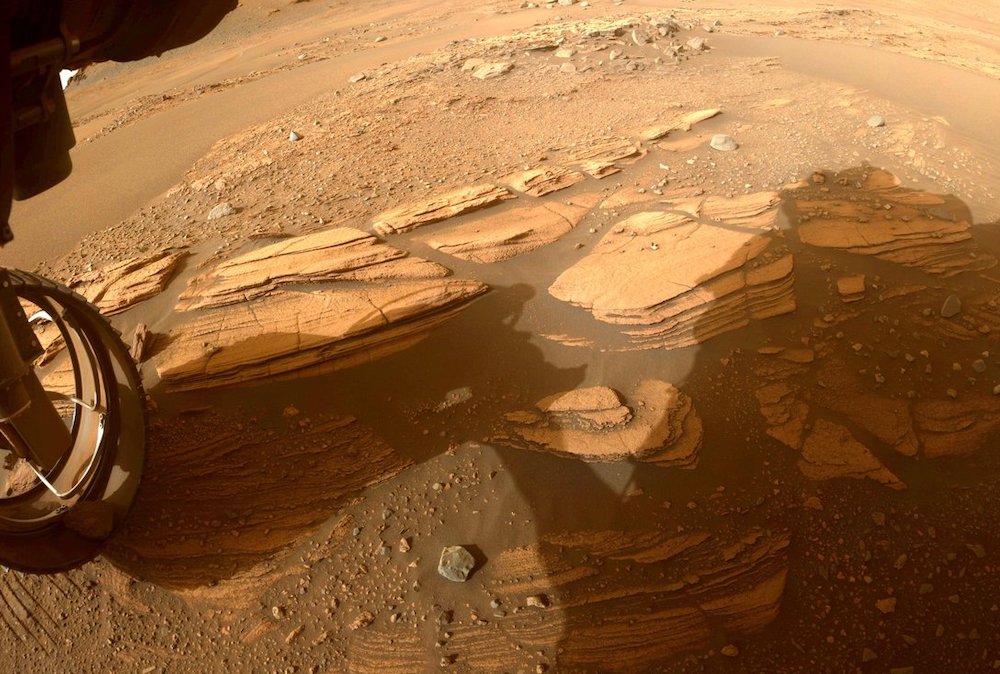 NASA has shared an image taken on Mars showing a place where scientists believe they could find the first evidence of ancient microbial life beyond Earth.

The photo (below) was taken by NASA’s Perseverance rover and shows what the mission team at the Jet Propulsion Laboratory in Southern California calls “Enchanted Lake.”

The eagle-eyed among you will have noticed that it looks quite dry for a lake. And that’s because all of Mars’ water disappeared from the surface billions of years ago.

But when water existed there, there was a good chance it could have harbored life. And it is evidence of that life that Perseverance seeks throughout its ongoing mission.

The enchanted lake is located in a delta on the western rim of Jezero Crater, which scientists say was filled with water billions of years ago. The delta is a huge fan-shaped region with thin layers of sedimentary rock, just the kind of geological feature that could give scientists the breakthrough they’re looking for.

This is because the rock includes mud, silt and sand from a river that once flowed into the crater lake, so any organisms that existed then will have been trapped in the layers, “frozen in time as fossilized life forms,” ​​NASA said.

Commenting on Perseverance’s image of Enchanted Lake, Katie Stack Morgan, the deputy project scientist for NASA’s Perseverance rover, said: “It was love at first sight. This image provided our first close-up of sedimentary rocks — the one I wanted most. since Jezero was named the landing site for Perseverance nearly four years ago.”

Since the image was taken in April, Perseverance has traveled further into the delta and is currently in a field of sedimentary rock the mission team has named “Hogwallow Flats.”

Over the next few weeks, Perseverance will analyze some of the nearby rocks and may even take a sample by drilling into them. After that, the team will decide whether to return Perseverance to Enchanted Lake for more monsters or send the rover elsewhere.

The collected samples will be returned to Earth in a separate mission, allowing scientists to use advanced tools to analyze the material to ultimately determine whether life ever existed on Mars. Such a discovery would be remarkable in itself, but it could also help scientists unravel some of the secrets of how life evolved here on Earth.