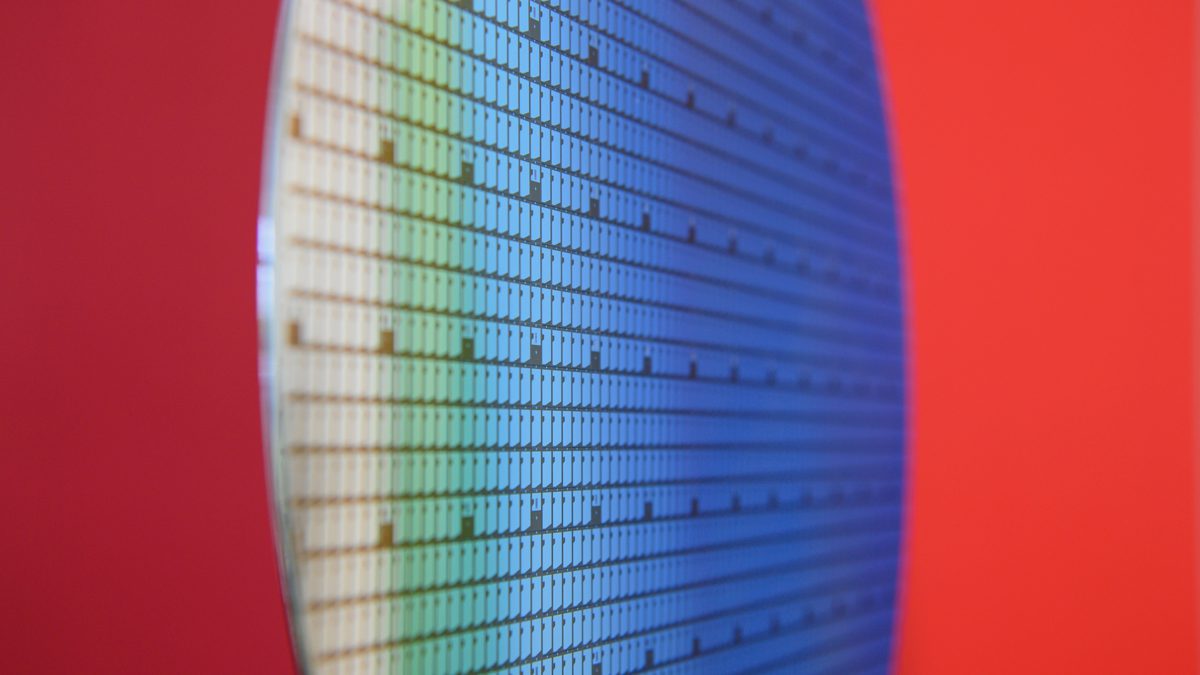 The tech industry is coming together to form a new standard that’ll pave the way for computer processors built on chip components that come from multiple vendors.

Imagine a laptop that uses a mixture of CPU cores from both Intel and Arm. Or a smartphone that features chip technologies from Qualcomm and Samsung over a single processor. The new Universal Chiplet Interconnect Express specification is designed to help make this happen.

On Wednesday, companies including AMD, Intel, Arm, TSMC, and Samsung, among others, announced the new standard to help foster “an open chiplet ecosystem” that can source chip designs and manufacturing throughout the industry. “Integrating multiple chiplets in a package to deliver product innovation across market segments is the future of the semiconductor industry,” Intel Executive Vice President Sandra Rivera said in the announcement.

The UCIe spec itself focuses on a standardized “die-to-die interconnect,” which can link the chip components together on a single processor. The companies have agreed to eventually use the spec, opening the door for their customers to “mix and match” the chiplets from various vendors and pack them together for single SoC. The companies formed the UCIe standard, citing customer requests for “more customizable” computer chips that tap multiple vendors, not just one. Other sponsors of the UCIe spec include Meta, Microsoft, Google Cloud, and Qualcomm.

The whitepaper from the companies also notes an open chiplet ecosystem could help cut down on manufacturing costs and improve chip yields, thereby lowering the processor’s cost.

“The age of Chiplets has truly arrived,” said Lihong Cao, a director at Taiwan’s Advanced Semiconductor Engineering, another sponsor of the UCIe spec. “We are confident that UCIe will play a pivotal role in enabling ecosystem efficiencies, by lowering development time and cost through open standards for interfaces between various IPs (intellectual properties).”

Intel has also talked about building chips that’ll combine the company’s silicon with the technology from TSMC, the manufacturer behind AMD and Apple processors. In addition, Intel’s new foundry business plans on churning out processors for clients that can leverage hybrid architectures, such as x86, Arm, and RISC-V, on a single package.

Meanwhile, AMD’s CTO Mark Papermaster said of the announcement: “We have been a leader in chiplet technology and welcome a multi-vendor chiplet ecosystem to enable customizable third-party integration.”

To promote the new standard, the companies have created a UCIe consortium, which will also refine the interconnect specification over time with new features. “Upon incorporation of the new UCIe industry organization later this year, member companies will begin work on the next generation of UCIe technology, including defining the chiplet form factor, management, enhanced security, and other essential protocols,” the companies added.

Interestingly, Nvidia was not listed as a founding member of the UCIe spec. However, the consortium is opening its membership to more companies.