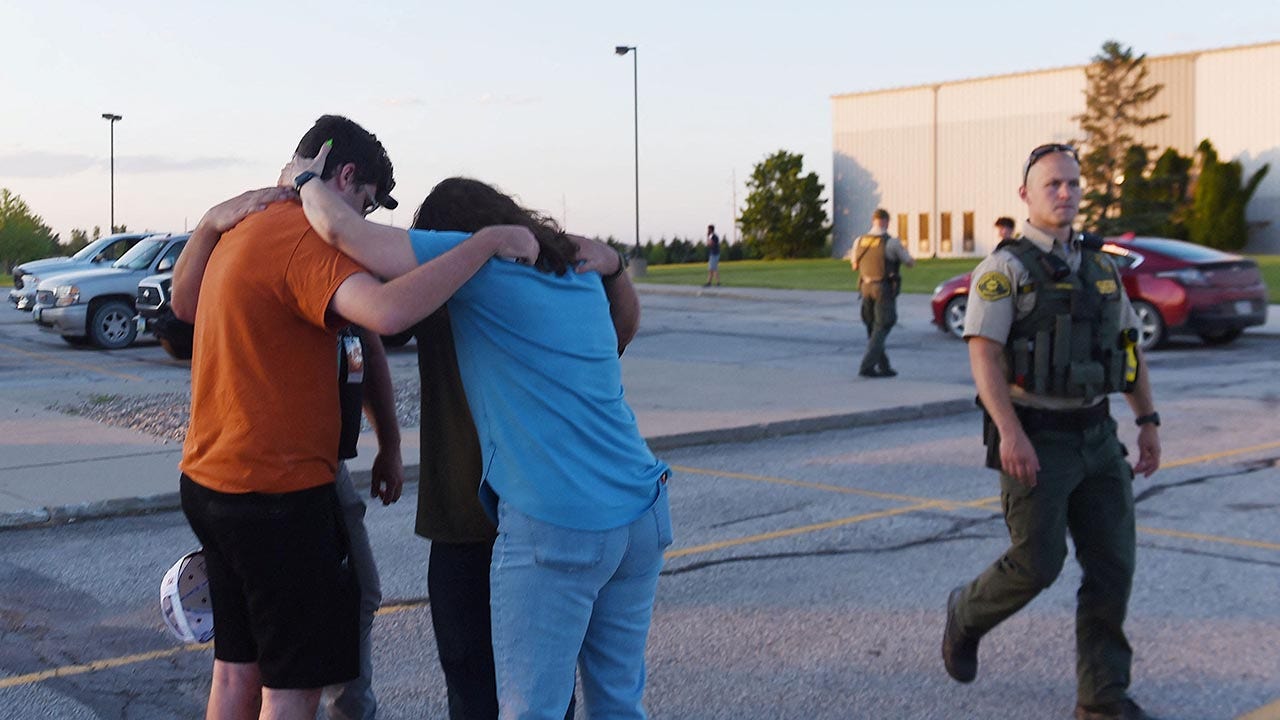 Two people and a suspected gunman were killed in a shooting in Iowa Thursday night outside a church in Ames, Iowa, the Story County Sheriff’s Department confirmed.

The shooting happened just before 7 p.m. local time when a man opened fire on two female victims outside Cornerstone Church on US-30, Captain Nicholas A. Lennie told Fox News Digital.

The church was holding an event for school children when the shooting happened, the station reported.

The church said in a statement that the victims were “two young members of our Cornerstone Church community”.

People pray in the parking lot of CrossRoad Baptist Church after a shooting at Cornerstone Church in Ames, Iowa, USA on June 2, 2022. Photo taken on June 2, 2022.
(Nirmalendu Majumdar/USA Today Network via REUTERS)

OUR MARKS MEMORIAL DAY WITH WAVE OF SHOOTINGS

People comfort each other after a shooting outside Cornerstone Church in Ames, Iowa, USA on June 2, 2022. Photo taken on June 2, 2022.
(Nirmalendu Majumdar/USA Today Network via REUTERS.)

It added: “We sincerely appreciate the responsiveness of the Story County Sheriff’s Department, Ames PD, and all law enforcement officers who have handled this case with exceptional professionalism and compassion. Please join us in praying for all those affected and their families.”

CALIFORNIA TEEN ARRESTED FOR RECRUITING OTHERS FOR MASS SHOOTING, BOMBS AT HIGH SCHOOL

Survivors hug their relatives and friends in the parking lot of the Cornerstone Baptist church after a shooting outside the church in Ames, Iowa, USA on June 2, 2022. Photo taken on June 2, 2022.
(Nirmalendu Majumdar/USA Today Network via REUTERS.)

The investigation into the shooting is still ongoing, but preliminary information indicates the suspect died of a self-inflicted gunshot wound, Lennie said, adding that the suspect was not killed by police.

Neither the suspect nor the victims have been publicly identified.