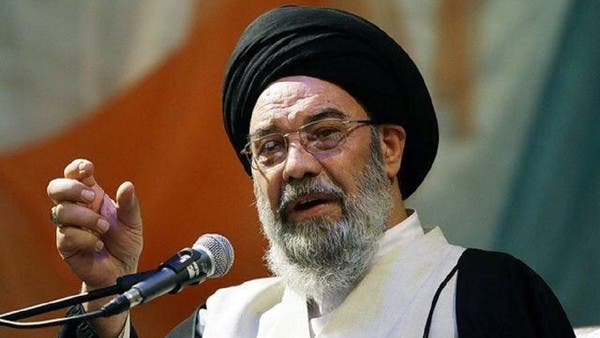 A senior cleric and representative of Iran’s Supreme Leader was unharmed after he was attacked in central Iran on Friday, the semi-official Tasnim news agency reported.

A man attempted to attack Ayatollah Yousef Tabatabai-Nejad after Friday prayers in the central city of Isfahan, but “failed through the intervention of the bodyguards” of the senior cleric, Tasnim reported.

“After prayer today, a young man about 25 years old attacked me, who must have had a problem. But with the vigilance and intervention of law enforcement officers, his action failed and luckily no harm was done to me or anyone else,” Tasnim quoted Tabatabai-Nejad as saying.

“The young man has been arrested and is currently being questioned to determine what motivated him to do what he did,” he added.

Tabatabai-Nejad is the representative of Iran’s Supreme Leader in the province of Isfahan and the Friday prayer leader of the city of Isfahan, the provincial capital.

He also represents the province of Isfahan in the Iranian Assembly of Experts, an ecclesiastical body that selects and monitors the supreme leader.

Tabatabai-Nejad has been at the center of controversy several times for his beliefs and comments.

In 2020, he said women who don’t fully cover their hair should feel “unsafe” in public.

Wearing a headscarf and covering all parts of the body became mandatory for women in Iran shortly after the establishment of the Islamic Republic in 1979.

Iranian IRGC member died in ‘accident’ in his home in recent days: IRNA

Iran pledges ‘immediate response’ to any Western action against IAEA