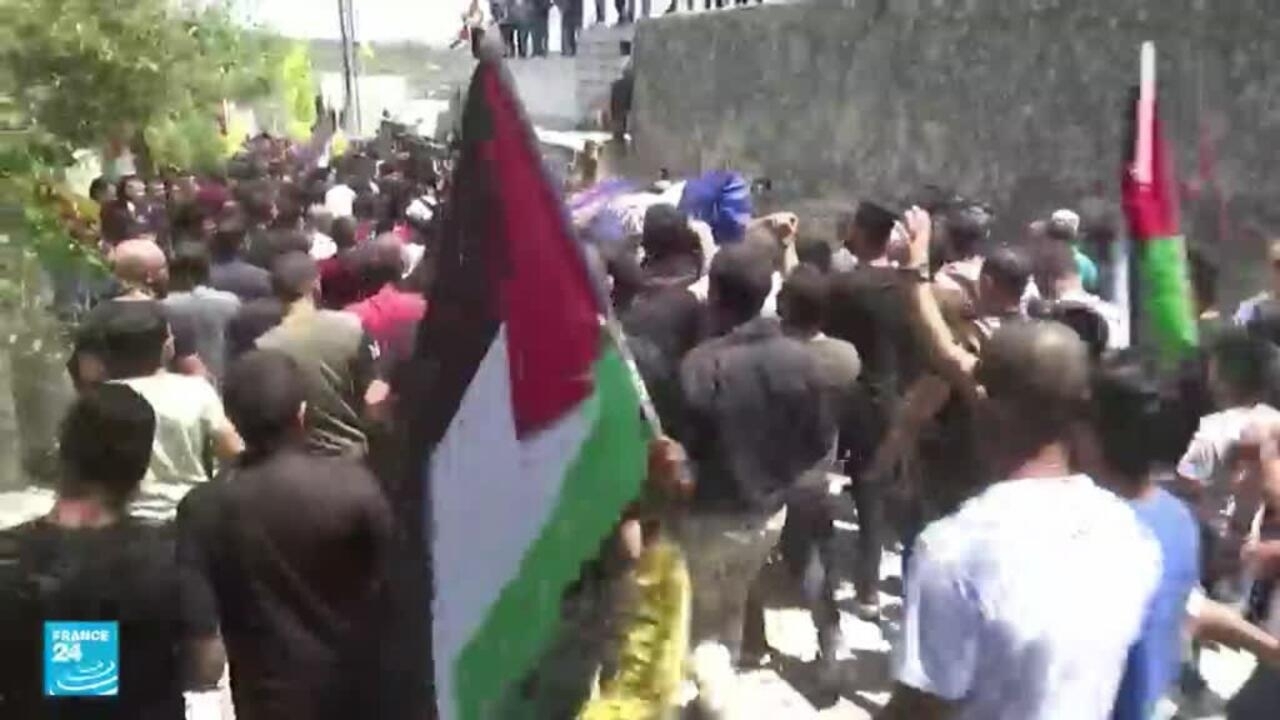 Four Palestinians were killed by Israeli army bullets in separate operations in the occupied West Bank in the past two days. The Israeli army said that “three suspects threw a Molotov cocktail at a subordinate force”, while a woman “approached a soldier carrying a knife”. On the other hand, Palestinian presidential spokesman Nabil Abu Rudeineh condemned the “serious Israeli escalation of field executions against the Palestinian people on the orders of Prime Minister (Naftali) Bennett”, warning against dragging the region into more violence.

running out Israeli army In recent days, several operations in the occupied West Bank have resulted in the deaths of four Palestinians in less than forty-eight hours, as the Israeli military continues its near-daily operations after a series of attacks in Israel.

For its part, the Israeli military said that “three suspects threw a Molotov cocktail at an Israeli army operating near the security barrier next to the village of Medea.” “The soldiers responded with fire and one of them was determined to be injured,” the army added on its Twitter account.

Earlier, on Wednesday morning, Ghufran Harun Hamid and Rasneh were killed by bullets from Israeli soldiers. The Israeli army said it approached a soldier while carrying a knife near the Palestinian refugee camp Al Arroub in the Hebron area of ​​the southern West Bank.

ruined #Gfran_Rasna She was not a powerless citizen, as the incendiary Palestinian and Arab media are trying to portray her, but rather a saboteur who attempted a stabbing against Israeli soldiers. Today was not the first time the so-called Ghufran and Rasna tried to carry out a sabotage operation pic.twitter.com/1LTyLbxPQR


The Israeli military has intensified its operations in the West Bank in recent weeks, following a series of attacks in Israel, some of which were carried out by Palestinians from the West Bank, which the Jewish state occupied in 1967.

On Thursday evening, the boy, Odeh Muhammad Odeh, from the village of Medea, west of Ramallah, was murdered. The Palestinian Health Ministry confirmed: “The death of a 17-year-old boy who arrived at the Palestine Medical Complex was shot in the chest by the occupation soldiers.” “Doctors tried to save his life, but he recovered from his very critical injury,” she added.

Palestinian security sources said the incident took place after “young men threw stones at the occupation soldiers at the separation wall”. But the head of the town’s village council, Ragheb Sadaka, confirmed that the boy “was injured while there were no clashes… He was about half a mile away.”

Sadaka told AFP that the Israeli military will “shoot anyone who tries to get close”.

And on Thursday morning, Ayman Mahmoud Muhaisen, 29, was shot dead by the Israeli military “during its aggression on the Dheisheh camp in Bethlehem in the occupied West Bank,” the Palestinian health ministry said in a statement. The people of the Deheisheh Muhaisen camp were sung by raising the Palestinian flags and banners of the organizations amid patriotic chants, and Palestinian gunmen participated in the funeral.

An Israeli military statement said that “the soldiers operating in the camp to arrest a Palestinian suspected of involvement in hostile activities were given stones and explosives and returned fire and live ammunition.”

As part of its operations, the Israeli military demolished the home of Diaa Hamarsha, the perpetrator of a shooting attack in Bnei Brak, Israel, which left five dead on March 27. His father was arrested.

Last night, security forces demolished the home of terrorist Diaa Hamarsha in Yabad village, Jenin district, after he carried out a terrorist attack in the town of Bani Brak on March 29, 2022, which killed five civilians. † The demolition was carried out after the petition filed by the terrorist’s family in the Supreme Court was rejected pic.twitter.com/NDgOtH3Lph


During this operation, the military said that “violent clashes and riots broke out” and soldiers were attacked with petrol bombs and bullets.

During this operation in the town of Yabad, near the city of Jenin in the northern West Bank, a 24-year-old Palestinian, Bilal Awad Kabha, was killed and six others were injured, two of them in critical condition, according to the Palestinian health ministry.

“The Israeli army has blown up the three-storey house,” Jenin deputy governor Kamal Abu al-Rub told AFP. The army confirmed: “The Border Guard soldiers participated in its activities along with the army, which included several sites in the West Bank, including the towns of Hawara, Al-Khader, Dura and Qalqilya.”

The official spokesman for the Palestinian presidency, Nabil Abu Rudeineh, condemned “the dangerous Israeli escalation of crimes of field executions against the Palestinian people on the orders of its Prime Minister (Naftali) Bennett.” “We are at a crossroads,” he added, warning that “the continuation of the escalation will drag the region into more tension and violence,” blaming the Israeli government for the repercussions.

He called on the US government to “take its responsibility to end this Israeli madness”. He asked: “Where is the opportunity that the US administration is asking for and the climate that must be provided before US President Joe Biden’s visit to the region, which is trying to thwart Israel through its escalation against our people and their sanctities? ?”

In late March, a wave of violence began, killing 19 people, most of them civilians, in attacks on Israelis by Palestinians, including Israeli Arabs, in Israel and the occupied West Bank, killing three of the attackers.

An Israeli Special Forces officer has been killed in an operation in the West Bank.

Since early 2022, the Palestinian Health Ministry has registered the deaths of 63 Palestinians in the West Bank and Gaza Strip.