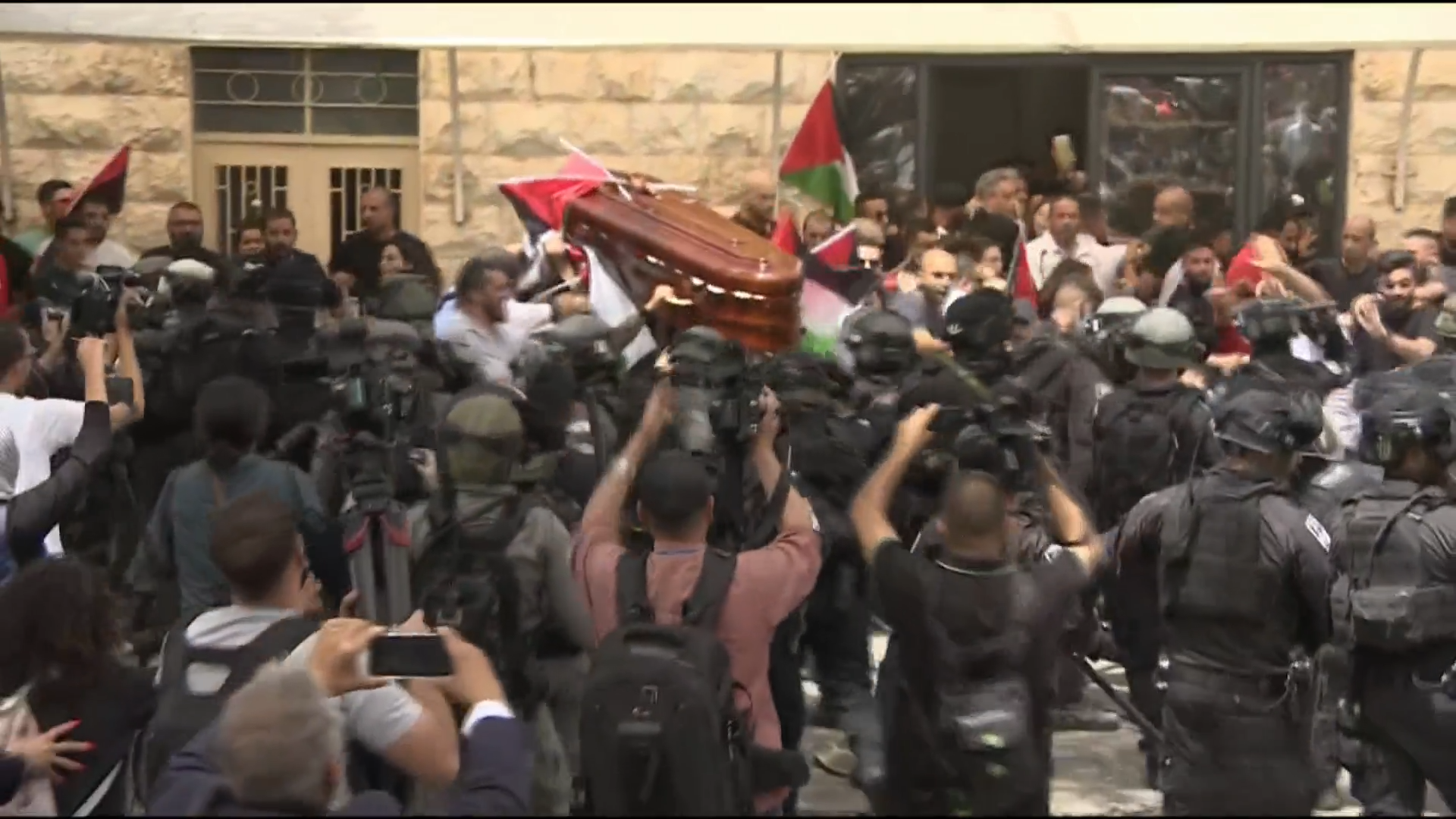 Violence broke out between mourners and Israeli police as the coffin of Al Jazeera journalist Shireen Abu Akleh was carried to her funeral.

The procession began in Jenin, where she was shot and killed in a raid involving Israeli security forces on Wednesday.

Earlier, the Israeli military released a statement recognizing that one of their soldiers may have been responsible for Abu Akleh’s death.