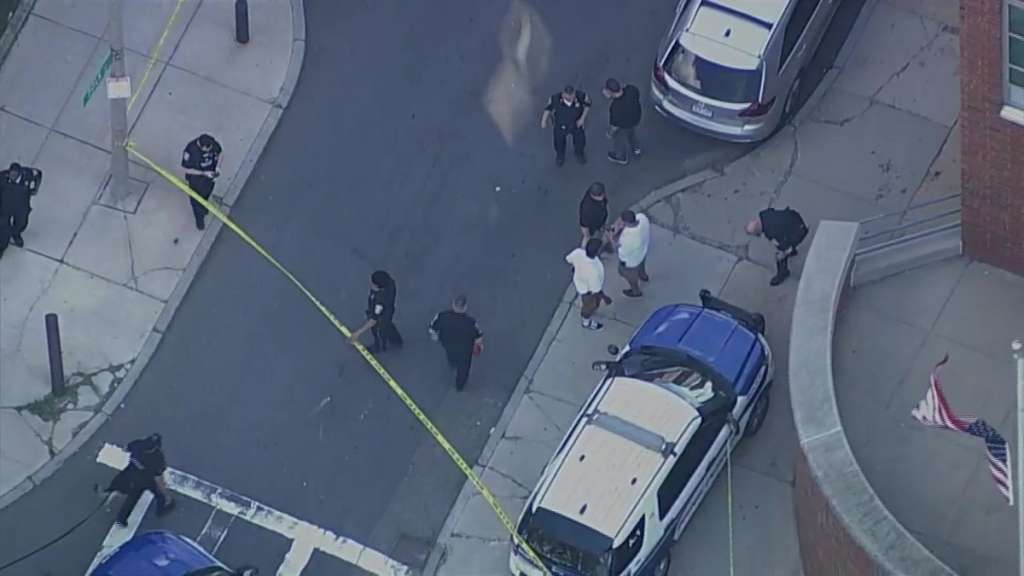 BOSTON (WHDH) – BOSTON (WHDH) – Students and their families were forced to take cover Monday afternoon after several shots were fired near the high school during graduation ceremonies.

SKY7 HD flew over the scene in Medford Street, where authorities had cordoned off the area for hours. No one was injured, but nearby cars and an apartment were both hit by bullets.

Boston police say the shooting had nothing to do with the graduation ceremony, but the ceremony had to be aborted and many of the students and families said the scene was chaotic as they rushed to find their loved ones. Some told 7NEWS that they were terrified in light of recent events.

“All I heard was a ‘pop’, but when I heard the second shot, everyone started running forward. I went downstairs and grabbed my sister as fast as I could,” said graduate Ossie Hughes. “Everyone immediately started to evacuate. There were people jumping over the fence. It was really traumatizing.”

Boston Public Schools Superintendent Brenda Cassellius released a statement in response to the shooting that reads:

†Our graduations are very personal to us and it is devastating that senseless acts of violence in the community have disrupted what was intended to be a joyous occasion. Our students and their families are working incredibly hard to get to this point and begin their journey after graduation. We are very proud of this class that has been through so much and still perseveres. Many thanks to our Charlestown community for coming together and taking care of each other during this time.”

School officials said the ceremony will be moved to a later date.

“I’ve worked too hard to get here to let it ruin because of a little thing in Charlestown,” said graduate Jeremiah Okornoe.

So far, no further details have been disclosed.