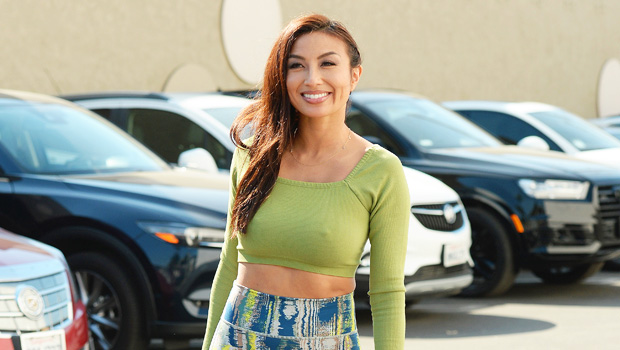 Jeannie Mai Jenkins introduced her daughter Monaco Mai Jenkins in a new YouTube video on June 2. Jeannie, 43, cried out for her mother, Olivia Maito bring the 5-month-old on camera, much to Jeannie’s delight. The real co-host was thrilled to interact with her baby girl, who looked adorable in a cheetah print sleeveless dress and oversized yellow headband. Jeannie kept pouring over her daughter, who she shares with her husband Oh dear, 44, and she did “tummy time” with baby Monaco, although she confessed that the baby doesn’t like it.

Jeannie was very emotional speaking to the camera alone, before her mother brought Monaco out. “Every time I hear Monaco, it moves things in my body,” she explained. “And even thinking about her about to see you guys makes me so nervous. I think this is what I’ve been through for the past five months to be honest. It’s such a weird combination to be excited about something, but knowing the world can be a really mean place sometimes.”

Jeannie explained that it was “weird” to keep Monaco to herself since she was born in January, but after a while she decided she was ready to show her daughter to the world. “Excuse the nerves, because this has been the whole last five months. But I promise I’m ready,” the new mum added just as Monaco made her on-screen debut.

The 15-minute video also featured clips from Monaco from the past five months. Fans got to watch the newborn in the hospital shortly after her birth. Jeezy popped up in the video enjoying special time with his daughter. Monaco has also met more of Jeannie and Jeezy’s relatives, as well as Jeannie’s The real co-hosts Loni Love, Adrienne Bailon, and Garcelle Beauvais†

“It means so much to be able to come to our community, everyone who has been so protective and so understanding about when Monaco wanted to meet you,” Jeannie said at the end of the video. “So thank you so much for loving her and loving us and being so wonderful on this journey.”

Jeezy’s Kids: Meet His 2 Beautiful Kids While Waiting For #3 With Wife Jeannie Mai