John Cleesethe renowned English actor and comedian known for Monty Pythonreportedly had his microphone snatched away from him on stage after he made an unsavory joke about slavery.

The 82-year-old told the joke live at a John Cleese in Conversation event in Austin, Texas on March 11, when he was on stage with fellow comedians Duclé Sloan, Jim Gaffigan and Ricky Velez.

The joke is understood to have been told in response to a question where he was asked about who was more oppressed by colonisation, and he started talking about “competition” between cultures.

Sloan, a 38-year-old comedian who is a correspondent on The Daily Show with Trevor Noahmade a joke about colonization.

Sloan, who is a Black woman, responded: “We know, but ya’ll did it so well! It’s the reason I’m here! I’m not supposed to be here!”

“We gave you free passage, too,” Cleese replied, which was met with shocked groans, but some reports say the audience knew he was joking.

“History is a history of crime. It’s a history of people who were stronger beating up people who were weaker, and it’s always been that. It’s deeply, deeply distasteful. But to pretend that one lot were worse than another — you do know the British have been slaves twice, right?” Cleese continued.

After some back and forth, Cleese said, “[People] get competitive about this business of being oppressed. We were oppressed, the English, by the Romans for 400 [years]from about 0 to 400.”

Others began to speak up about how the conversation had taken an “uncomfortable” turn, but Cleese continued.

“I want repairs from Italy,” he said. “And then the Normans came over in 1066… they were horrible people from France and they colonized us for 30 years and we need repairs there too, I’m afraid.”

Per The Hollywood Reporterit was at this stage Sloan took Cleese’s microphone away with moderator Dan Pasternack, and a joke was made about the fact that in doing so, Sloan had “saved the coloniser.”

“I saved a comic whose career I respect,” Sloan said.

Pasternack then joked to the audience, “And this is why your phones are locked up.”

Cleese then said: “The thing is, I’m going to be dead soon. That’s why I’m in favor of global warming – I don’t want to be cold ever again.”

Sloan and Cleese reportedly hugged at the end of the panel.

Cleese has previously expressed some thoughts about cancel culture to 60 Minutes, where he said it was “dangerous.” Watch above. 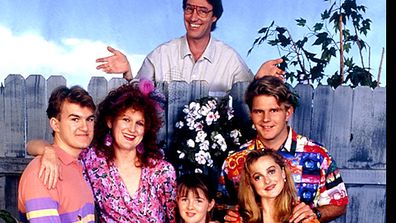