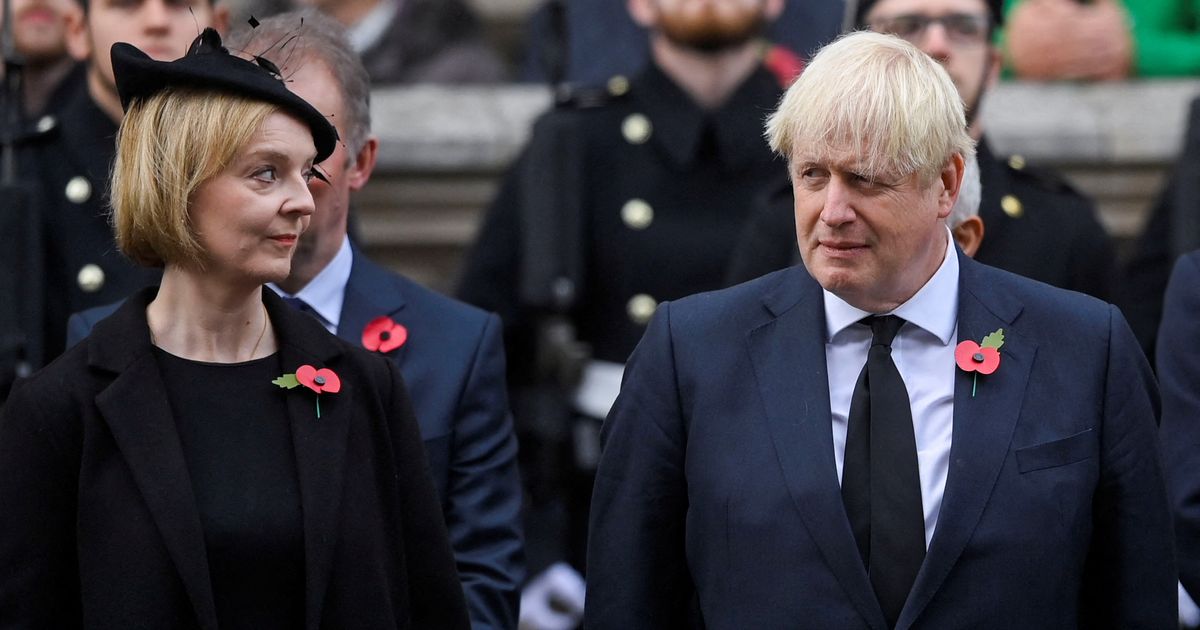 The former prime ministers have put their names to an amendment in the name of former cabinet minister Simon Clarke calling for an end to the ban on new onshore wind farm developments.

It is the pair’s first major political intervention since they both left Downing Street last summer.

Clarke, who was sacked as new secretary by Sunak when he became prime minister last month, said in a tweet that he was “delighted” with the support of Truss and Johnson.

He said allowing new onshore wind farms was “a pro-growth, pro-green policy at a time when we need both”.

Sunak has already been forced to withdraw due to a separate amendment to the Raising and Regeneration Act after another Tory rebellion.

More than 50 Conservative MPs have put their names to an amendment that would mean councils would no longer have to follow Whitehall’s housing targets.

A vote on the amendment was due to take place on Monday, but it was withdrawn by the government to avoid an embarrassing uprising.

Labor accused Sunak of being “afraid of your own backbenchers”.